In Maysville, South Carolina, a woman saw a cat carrying a puppy across the trailer park, to say she was surprised is an understatement. The curious woman followed the little furry cat burglar and discovered that the cat was taking puppies from a neighboring trailer, one by one.

Meanwhile, the puppies’ owner came home to find 5 of her cocker spaniel puppies were missing. She took off looking for the missing pups and soon ran into the woman who saw the cat taking them. 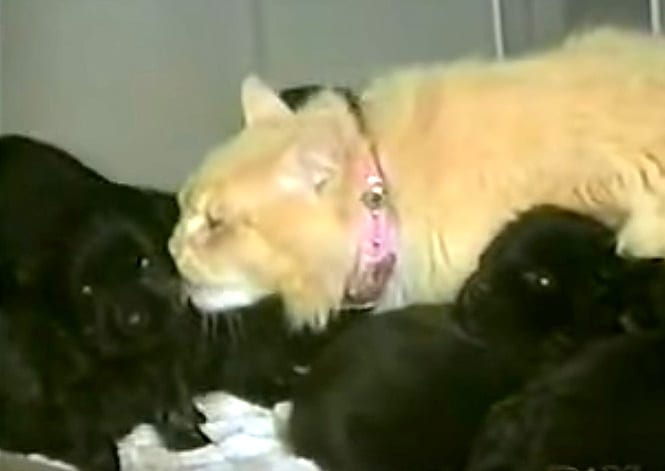 The woman directed her to where she saw the cat taking the puppies and showed her where to go. Apparently the cat’s owner wasn’t home so Miss Kitty was hiding the puppies from view of the outside world.

The pup’s owner spoke to Miss Kitty’s owner and discovered that Miss Kitty had very recently lost her very first litter of kittens. Consumed by her grief, the heartbroken little cat just wanted to be a mother.

Meanwhile, Smoochie, the mother of the pups had all but abandoned them. In fact, she wanted nothing to do with them at all. She showed no concern for the tiny pups and their pitiful whines meant nothing to her. The puppies were painfully rejected by their mother. 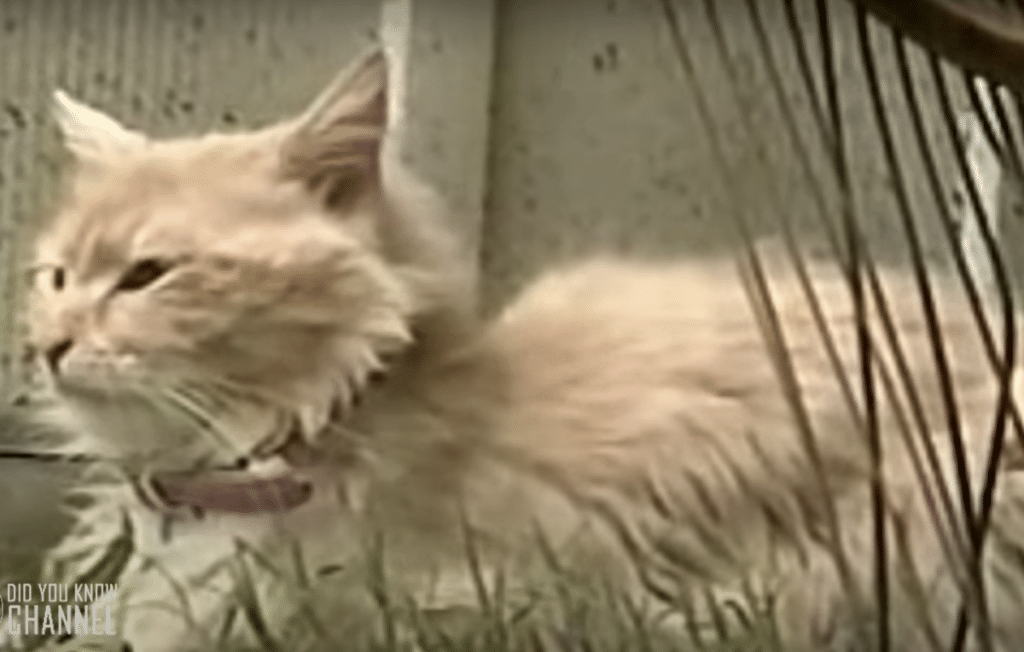 Apparently, this lack of care touched Miss Kitty’s tender heart and she stepped up to show the puppies what love was. She took it upon herself to take care of the puppies and became their surrogate mother. Since the kitty still had milk, she was able to nurse the puppies to keep them alive.

With her maternal instincts guiding her, the cat knew that the newborn puppies needed a mother. She turned her heartbreak into love and tenderly took care of the puppies, which had not yet even opened their eyes. 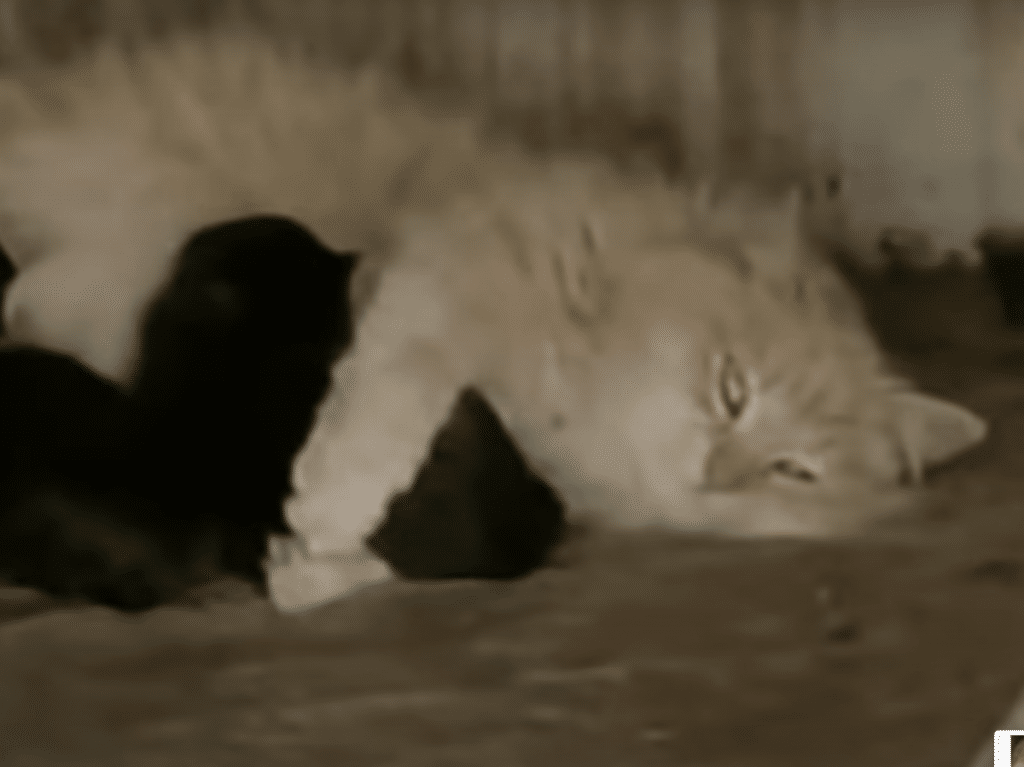 Miss Kitty is not the first animal to care for babies of another species. But she may be the first to steal her new babies to make sure they were taken care of. Please share her heartwarming story with your family and friends.