Does your dog like to watch television? Well, Khaleesi the bulldog does. In this video, he’s chilling out watching the beautiful woman in Peter Jackson's 'King Kong' when suddenly his world goes sideways.

You probably remember the part of the movie where the damsel in distress, Ann Darrow (played by Naomi Watts), is about to be captured and eaten by a T-Rex. She’s yelling and screaming, trying to get away. She even falls over the edge of a cliff and luckily is able to grab onto a tree branch so she doesn’t plunge to her death.

Well, that scene really grabs Khaleesi’s attention. He watches enraptured as Ann is trying to flee for her life. As a T-Rex tries to take big bites out of Ann, the bulldog is glued to the television and begins to get closer to the screen. 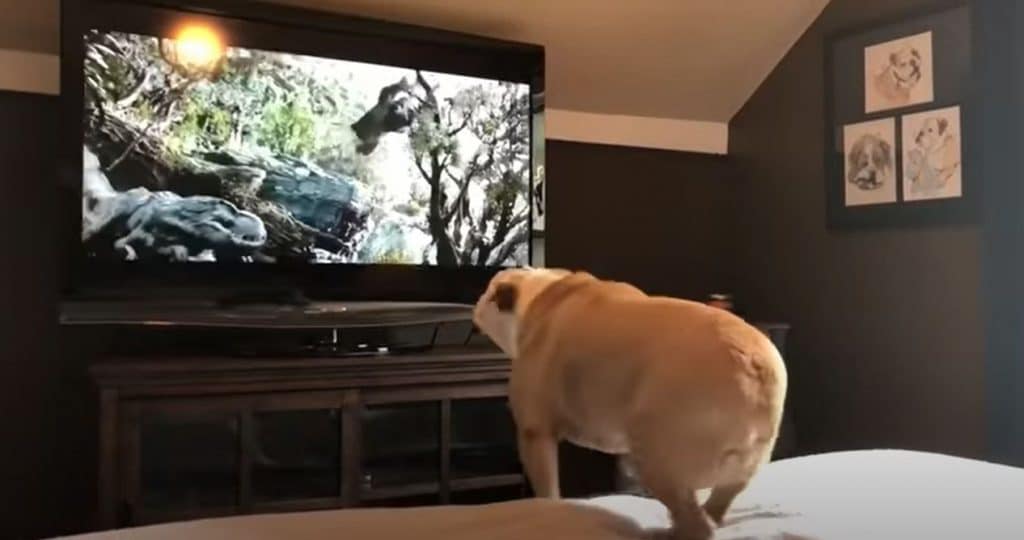 As you’ll remember, Ann goes over the edge of the cliff and as she’s holding onto the tree branch, King Kong rushes in to save her. Well, that really seems to upset Khaleesi. He just can’t take any more and begins barking at Kong.

It’s about that time that Ann can’t hold on any longer and begins to fall, but of course King Kong saves her before she smashes into the earth below. As she’s grabbed up, the funny bulldog begins to bark again….He seems to be barking out, ”I’ll save you!” 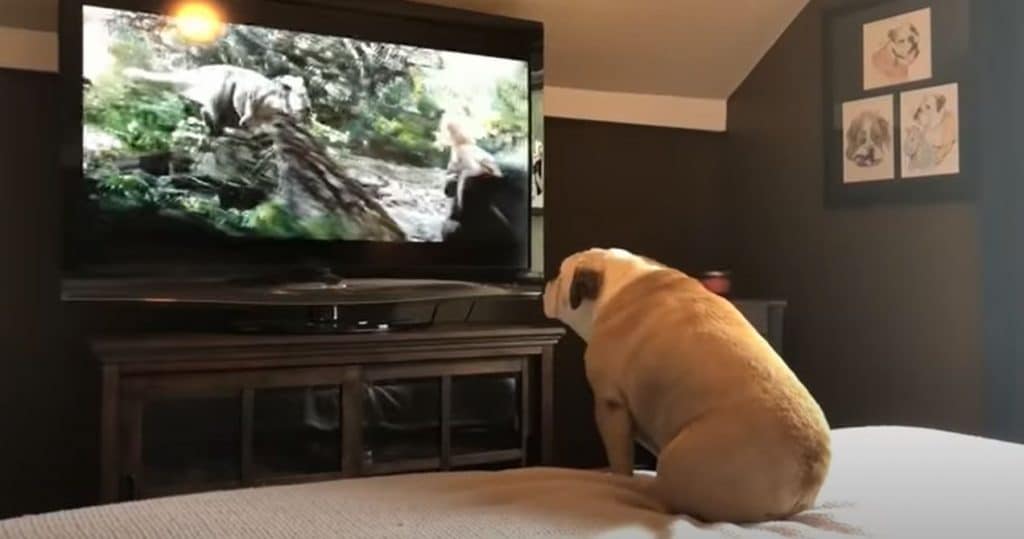 King Kong and the T-Rex battle as Kong holds Ann tightly in his fist. Well, Khaleesi does not like this one bit and offers up some pretty bold barks letting those two bad guys know that he does not approve.

The tension is just too much as a second Rex enters the scene and the bulldog begins stomping his paws as the suspenseful goes on. He’s as close as he can get to the television and watching every minute of the action. 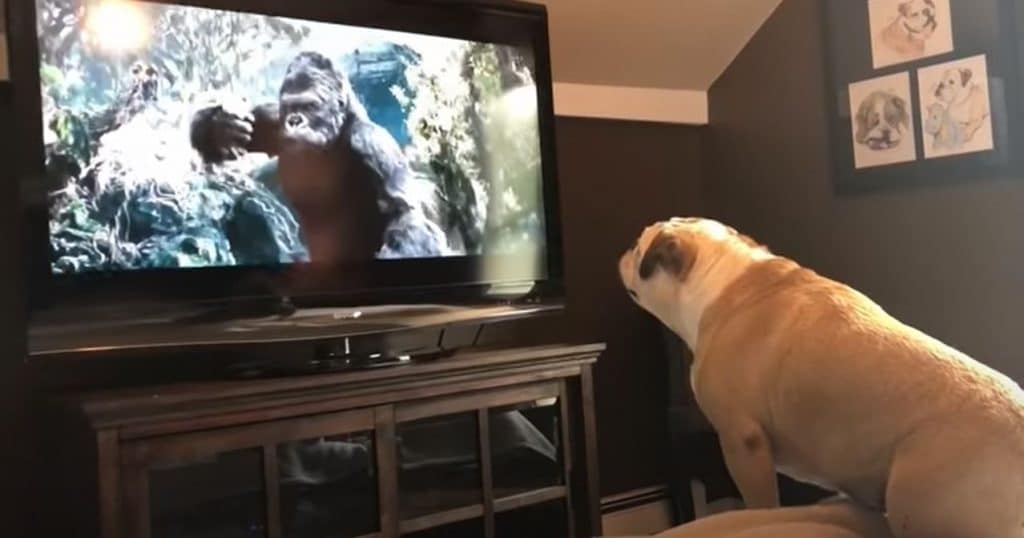 Lucky for the owner, the cute dog doesn’t try to go through the television to save the actress. The protective reaction of the bulldog is sweet and adorable. You just would not want to get on his bad side or in between him and his favorite shows. 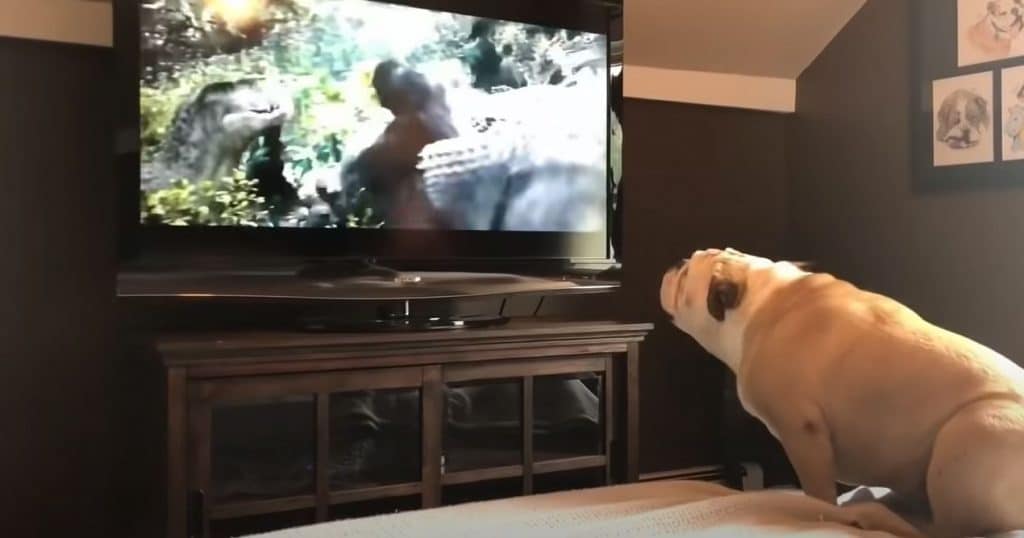 Please share this funny dog with your family and friends.