Tim Newton of Alaska awoke to commotion taking place on his deck.  Wondering what was causing the racket, he scrambled out of bed and peeked out the window.  He was surprised by what he saw, a lynx kitten sitting there watching his kitten siblings run around, playing. 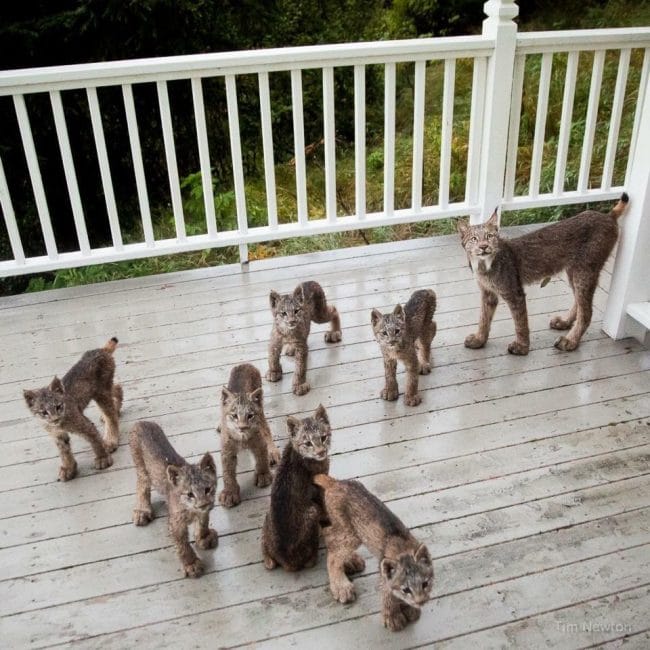 As a photographer, he was immediately enthralled by the rare sighting.  He quickly grabbed his camera and starting taking pictures of the lynx, which totaled seven kittens and momma cat. 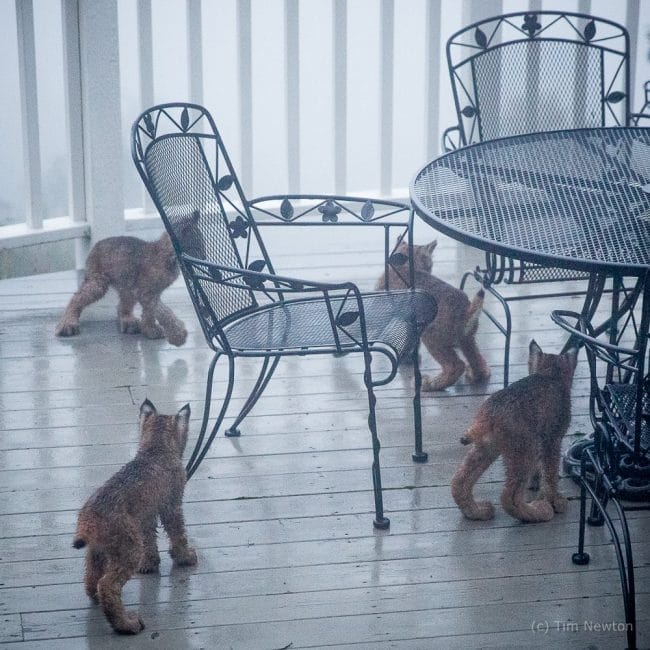 Lynx are the only cats native to Alaska.  Full grown, they are two to three feet long and weigh fifteen to thirty pounds.  They are naturally shy and live in the forest so it is pretty uncommon to have them hanging out on a deck close to humans.  Mr. Newton was certainly lucky to not only see them, but have the chance to watch them play. 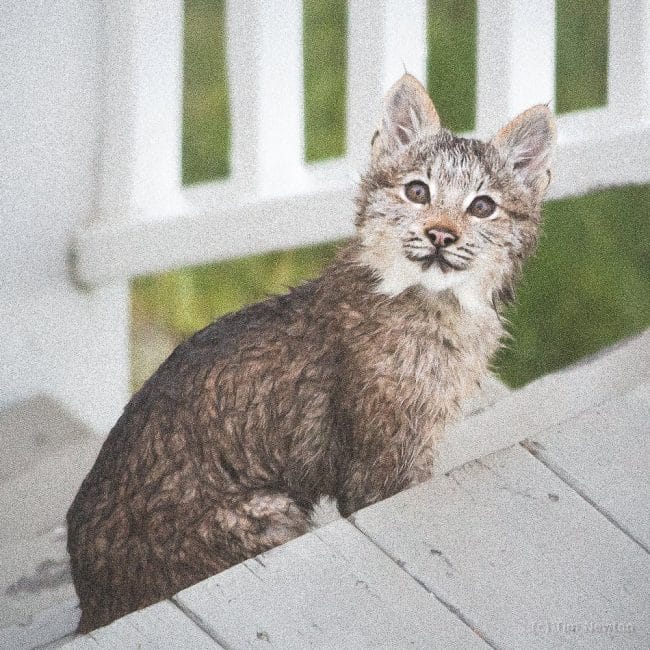 In his interview for The Dodo, he said:

“It was right near dawn. I heard some noises; it was like something scrambling on the deck. Coming out of my slumber, I thought, ‘What the heck is that?’ So I put on my bathrobe and slowly eased back the curtain. And right there, 2 feet away, was a lynx kitten. He was sitting there watching his siblings race by.  They were running back and forth, pouncing on each other. I started snapping away. I thought, ‘Wow! What incredible luck. This just beats all. This is just wonderful!’” 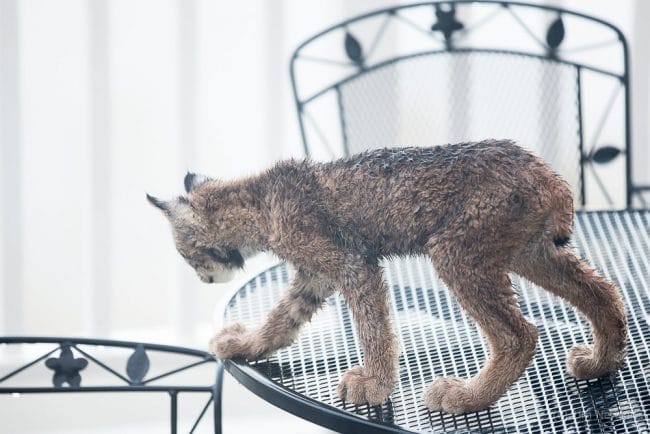 We think the images are pretty wonderful, too.  We are not alone.  The images of the lynx family quickly went viral.  More can be seen on Tim’s website, Rugged Alaska and his Facebook page, Tim Newton Photography.  He has even taken more pictures of the lynx, as well as other animals, in their natural habitat. 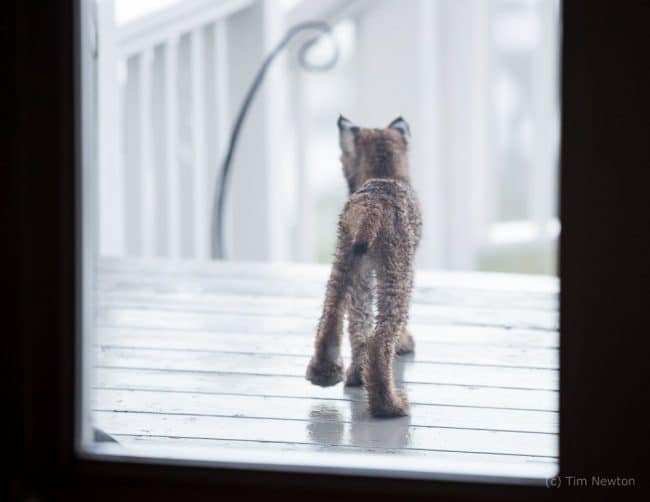 Tim was able to take dozens of pictures without disturbing the lynx, except for one curious kitten that approached the screen to investigate.  He described the scene:

“I don’t know why I did this — maybe to say to him, ‘Oh, what a cute little kitty!’ — but I pulled the camera away from my face a little, and my eyes showed. The look of terror on that kitten’s face! His eyes were wide open, and he just flew away from me! But the others didn’t pick up on it.” 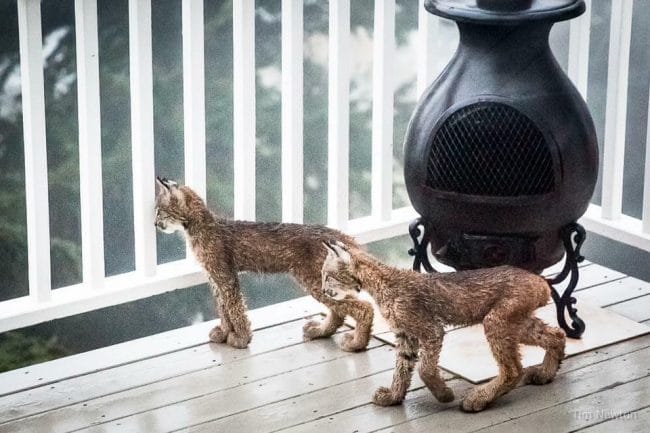 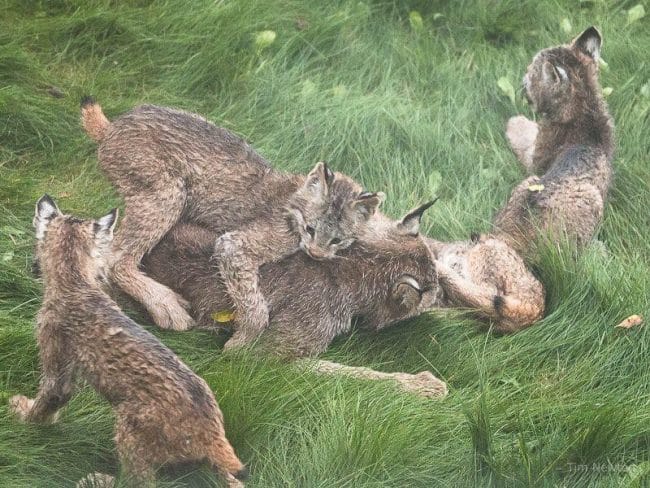 About forty minutes after the session started, the momma cat led her litter of adorable kittens back into the forest.  He said, “They were so cute. It was cute-tastic. It was amazing.” 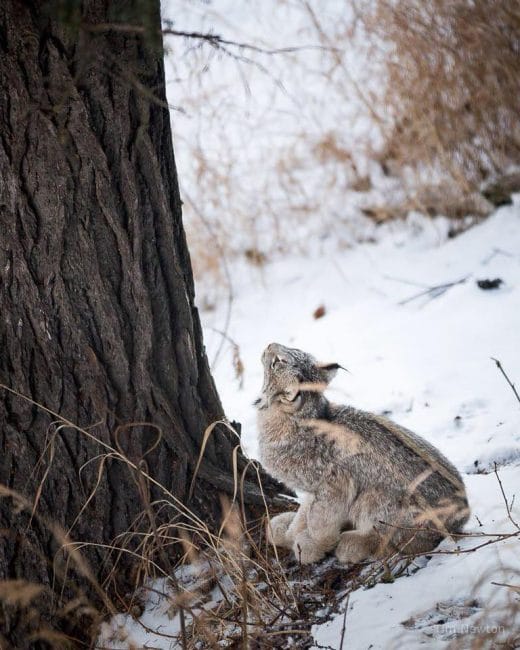 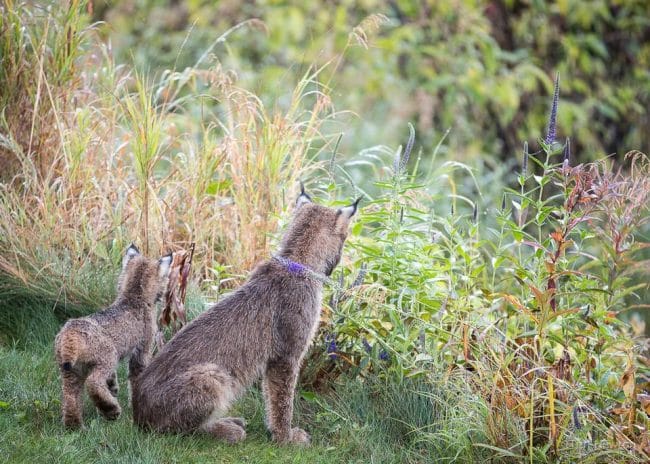 Please share these wonderful pictures with your family and friends.

« Lost Dog Surprises Her Boy At School, His Reaction Shows Us What Love Is
11 Dogs Who Couldn't Be Happier To Leave The Shelter And We Can't Get Enough »