10-Year-Old Boy Helps A Blind Deer Find Breakfast Each Day Before School If we all showed this much kindness, the world would be a better place ❤️

Stories of people helping animals warm your heart but some are just so special that they need extra special recognition.

This story was originally shared on Reddit and has warmed hearts all across the internet.

In Illinois, a 10-year-old boy has been helping a blind deer before he goes to school. While most kids are eating their breakfast, this kid is outside helping a deer find hers. 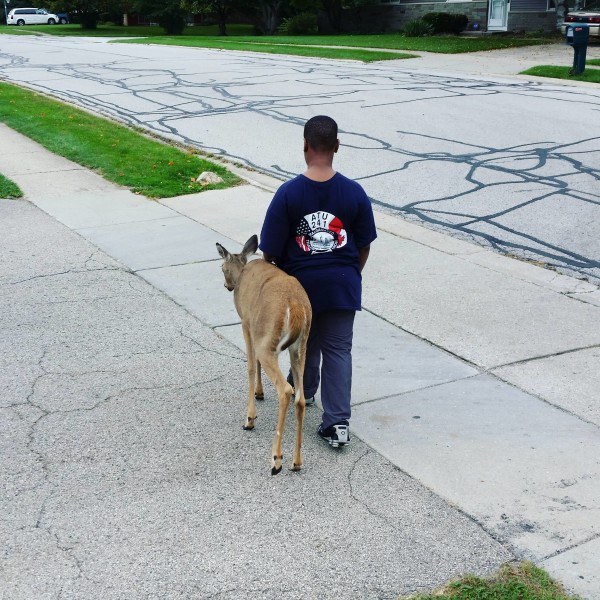 Each morning he goes outside and safely leads the beautiful deer to grass patches so she can eat. The deer leans on him and relies on him for her survival and it is truly something special to see.

After the story went public, it was updated to say that licensed wildlife rehabilitators came and picked up the deer to move her to a safe place. The story went on the say the kind boy was happy that the deer was going to a safe place where she would be cared for. The unedited post said:

“Update: An IDNR licensed wildlife rehabilitation group picked up the deer in a horse trailer a few hours ago. They’re the only people who are legally able to treat and shelter a deer in Illinois. Half the neighborhood came out to see it, including the young boy and his mom. I will follow up with the facility to see how the deer is doing soon.
For those of you who are upset about this boys’ feelings about the deer going away for licensed treatment: His concern was very mature. He had only been walking the deer for a few days and hadn’t named her or tried to claim her as a pet or anything like that. Neither did he shelter her indoors or leave food outside for her which is against the law in our state. He just wanted her to be ok and was relieved to know she would be safe.” 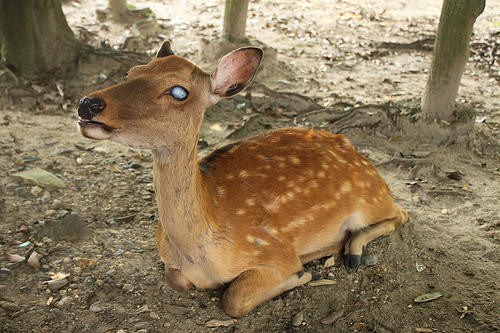 This boy is a shining example of love, caring and compassion and his parents must be so proud of him. He will also be able to visit the deer at the preserve.