If you’ve always dreamed of owning a house wolf, these majestic dogs look similar to wolves but lack their ultra-wild nature. Although wolves are gorgeous, they are wild predators and are not for the average pet owner.

But for those fascinated with wolves, there are dogs that look similar. They even carry some of the wild wolf attributes that make them so mysterious and alluring.

Here are 10 dogs that look very similar to their wild cousins: 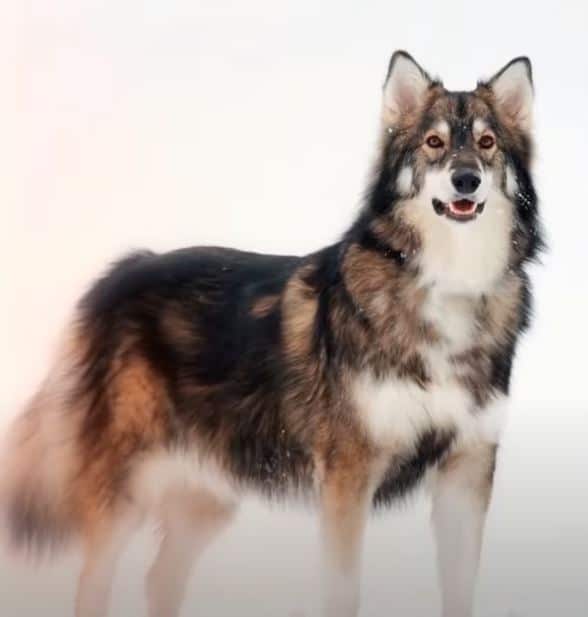 The Utonagan or Wolf Dog is a gorgeous dog that is actually a crossbreed of the Alaskan Malamute, German Shepherd Dog, and the Siberian Husky. This hybrid was bred in the United Kingdom to look like a wolf and certainly does. Due to their breeding, they make good family pets but require a firm owner who is experienced with working breeds. They are very active and require lots of socialization, training, mental stimulation, and exercise to be happy. They are also known as the Northern Inuit and are not a recognized breed. They have a beautiful long thick brown, black, tan, and white coat that resembles a wolf.

The Canadian Eskimo is a large, rugged dog that was bred to pull sleds and to work as a hunting companion in the coldest of climates. Sadly, these beautiful dogs are an endangered breed. In 2008, there were only approximately 300 registered dogs remaining. They have great personalities which are considered smart, affectionate, loyal, brave, and alert like most working dogs. They were originally from the Artic and come in an array of colors, such as Black, White, Liver, Black and White, Grey, and Red. 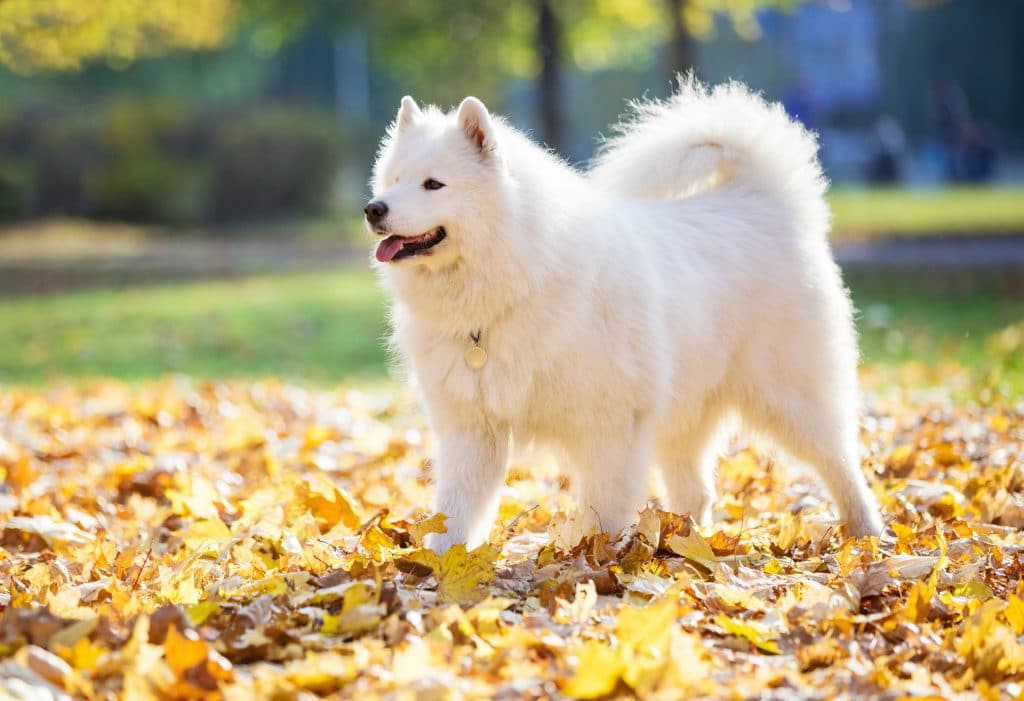 If you’ve ever dreamed of owning a white snow wolf, you will love the Samoyed. They have thick white fur that can keep them warm in the Artic, where they are from. Samoyeds are loving, loyal, and like nothing more than to be close to their owners. Yet, they are still working dogs so they have lots of energy, are intelligent, and have a playful personality. Their dark eyes and mouth give them a friendly appearance, as though they are smiling. 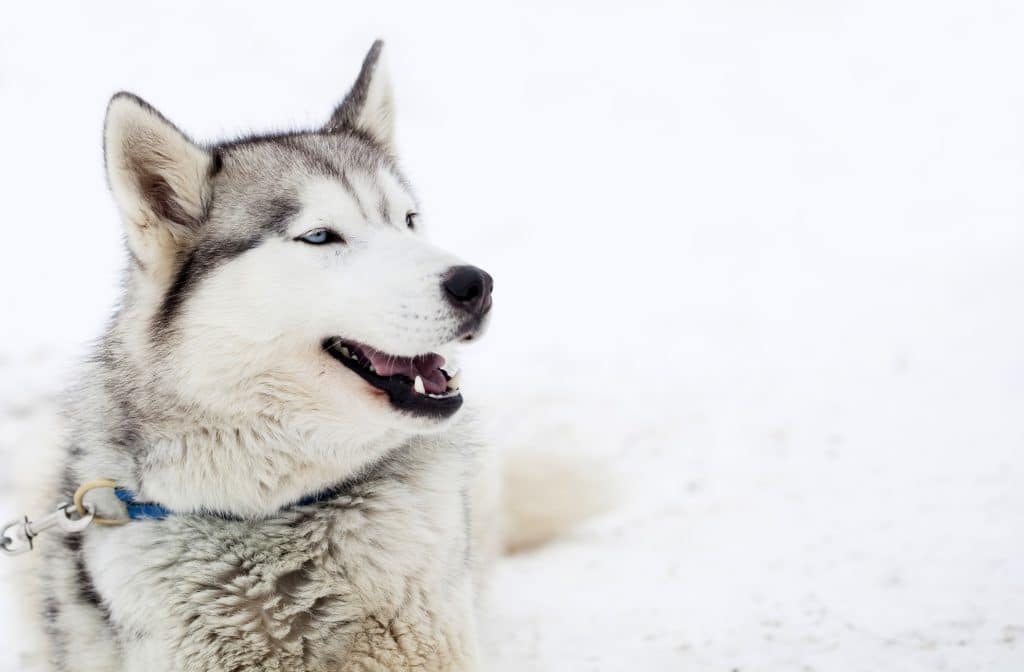 The Siberian Husky is another beautiful dog that is loyal, playful, athletic, and strong. They are very wolf-like in appearance and somewhat in personality. Bred to pull sleds and work as a team, they have a strong packing desire and are also very vocal, like their wild cousins. They are an intelligent, fun breed that develops a strong bond with their owners and can be a mischievous when they want to be. 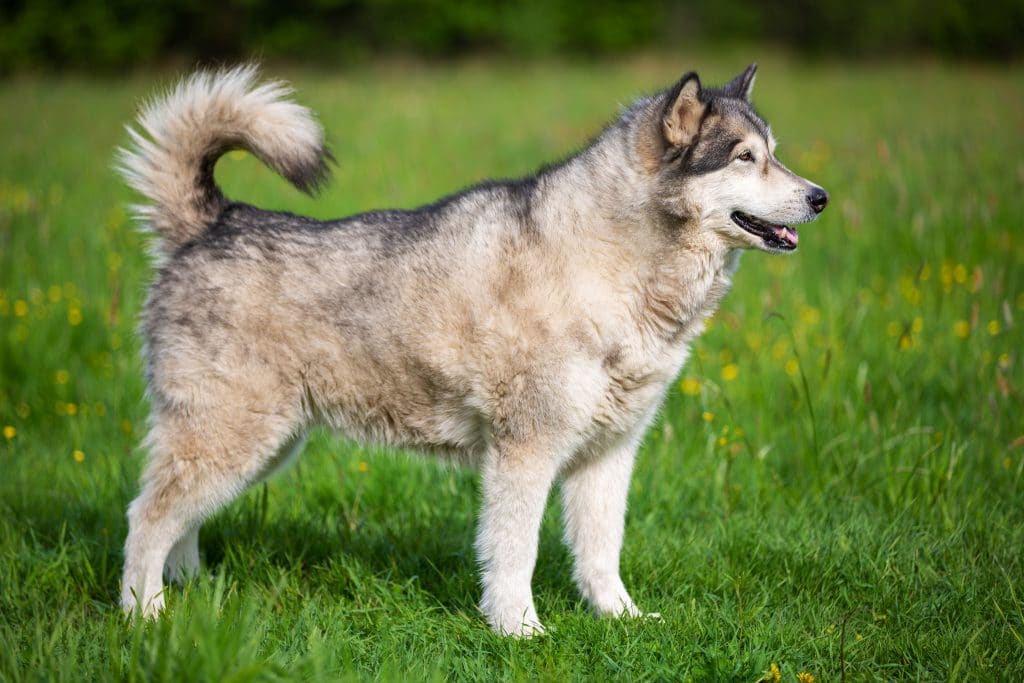 Alaskan Malamutes are large, thick coated dogs bred for strength and endurance. They are rugged working dogs related to the Spitz family. They are hard workers, playful, strong willed, and need lots of exercise. They also require a strong owner that is familiar with working breeds and can provide lots of training. They make excellent family dogs with the right leadership and guidance. 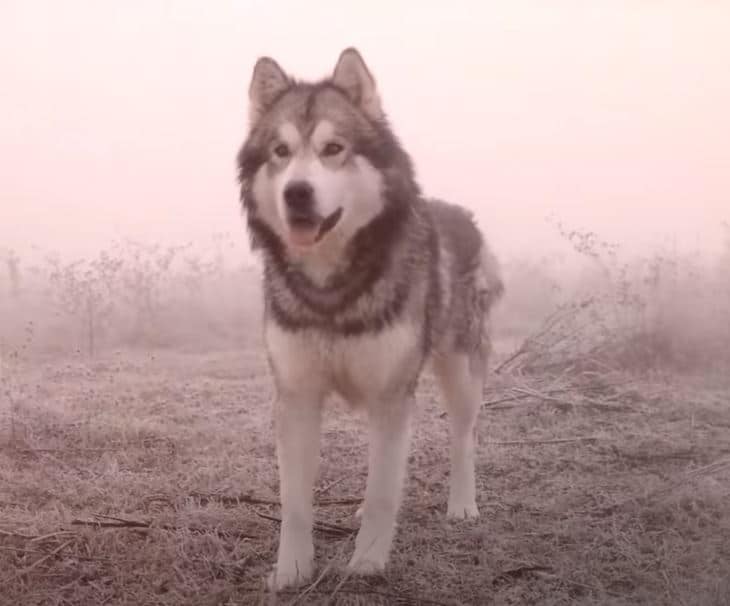 The Kugsha or Amerindian Malamute is a rare working breed that looks very similar to a wolf. Like wolves, they also have a primitive nature and very high prey drive so they must be socialized from a young age. They are highly intelligent, require structure, a routine, and unlike some dogs on the list, naturally don’t do as well with children. This breed becomes very bonded to their owner and does not like being left alone and can become destructive. They require lots of exercise, room to move, training, and a very strong pack leader. 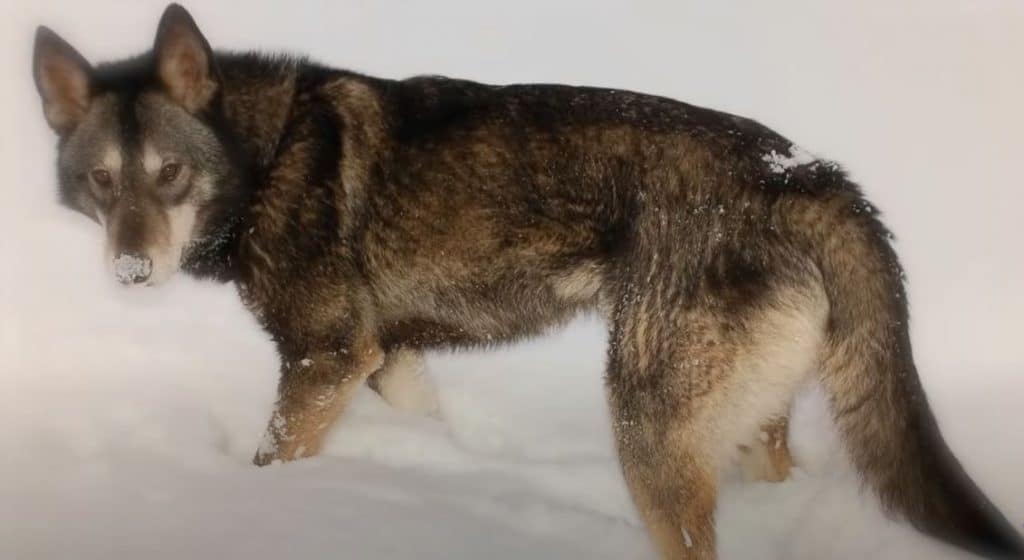 The Tamaskan originated in Finland was developed in the 1980’s and bred to resemble a wolf. They are a large, athletic dog that is a mix of Siberian Husky, Alaskan Malamute, and German Shepherd Dog. They are a working dog that requires lots of exercise and training but are also friendly and love their family. They make good pets are said to be good with children and highly trainable but like all working dogs, require strong leadership. Their three main colors are red-gray, wolf-gray and black-gray. Eyes are yellow through amber and brown. 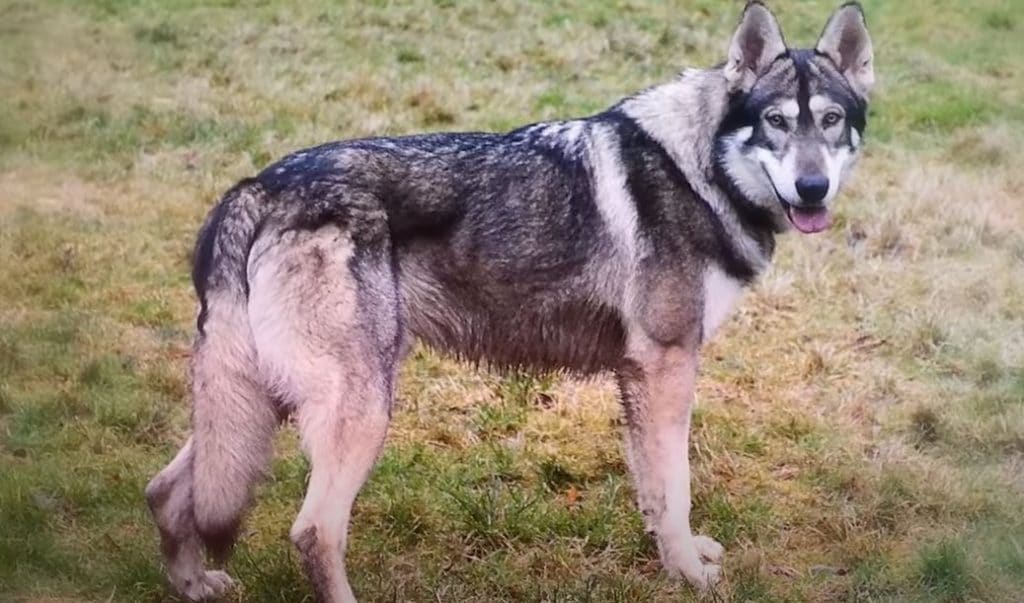 The Northern Inuit Dog was developed in the 1980s in the United Kingdom. If this dog looks familiar it is because the breed played the part of the dire wolves in Games of Thrones. They are a gorgeous crossbreed that is known to be friendly, calm, smart, fun, and loyal. 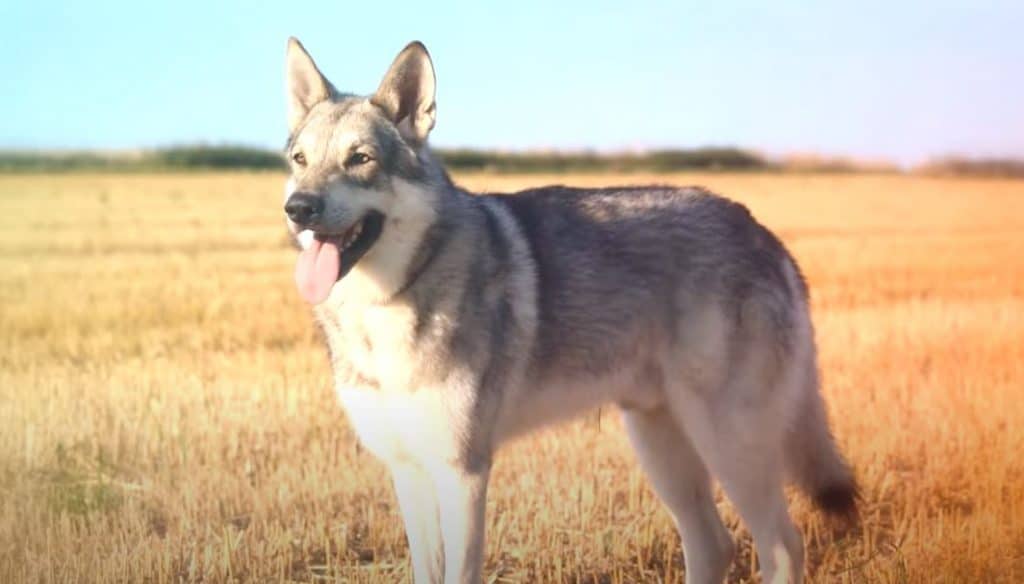 The Saarloos Wolfdog is a very large breed that came from Holland. They were originally a mix of the German Shepherd Dog and European Wolfdog. They are athletic, curious, confident, and independent. They greatly resemble wolves and are often confused with them. Unlike other working breeds, this dog is not so much guard dog and family pet despite their wolf-like appearance. 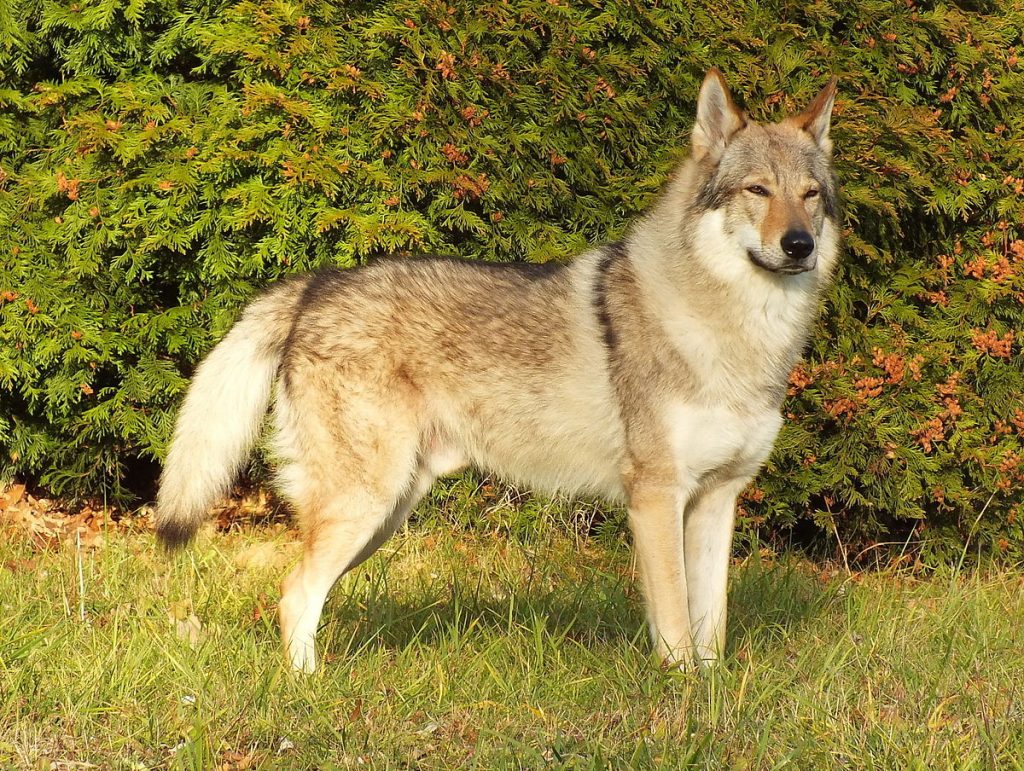 This is a new breed bred to look like a wolf that is recognized by the AKC and also known as a Czechoslovakian Vlcak. The primitive looking dog is very loyal, intelligent, and with its amber eyes and erect ears, does greatly resemble a wolf. It is a working breed that has been used in search and rescue, tracking, herding, and more. It is very athletic and has a lot of energy and makes a great family pet, in the right household.