Police and military dogs are highly trained and noted for their loyalty and bravery. They are fearless, highly responsive to their handlers, and excel in times of stress. These brave dogs are credited with saving many lives, protecting officers, keeping our military safe, and doing the various jobs assigned to them.

From sniffing out bombs, to detecting drugs at the border, to locating a lost child, every day these brave warrior dogs risks their lives to keep our world safe. They often continue to serve while injured, in danger, or under extreme circumstances. They deserve our honor, appreciation, and recognition.

Now and through the years, here are 10 of the bravest military and police dog breeds:

Labrador retrievers are a smart, friendly, and obedient hunting breed. These dogs are often used by the police and military for tracking, bomb detection, search and rescue, explosive detection, and to locate narcotics. They make excellent police and military dogs because they are easy to train, have an excellent sense of smell, and strong desire to please their handlers. 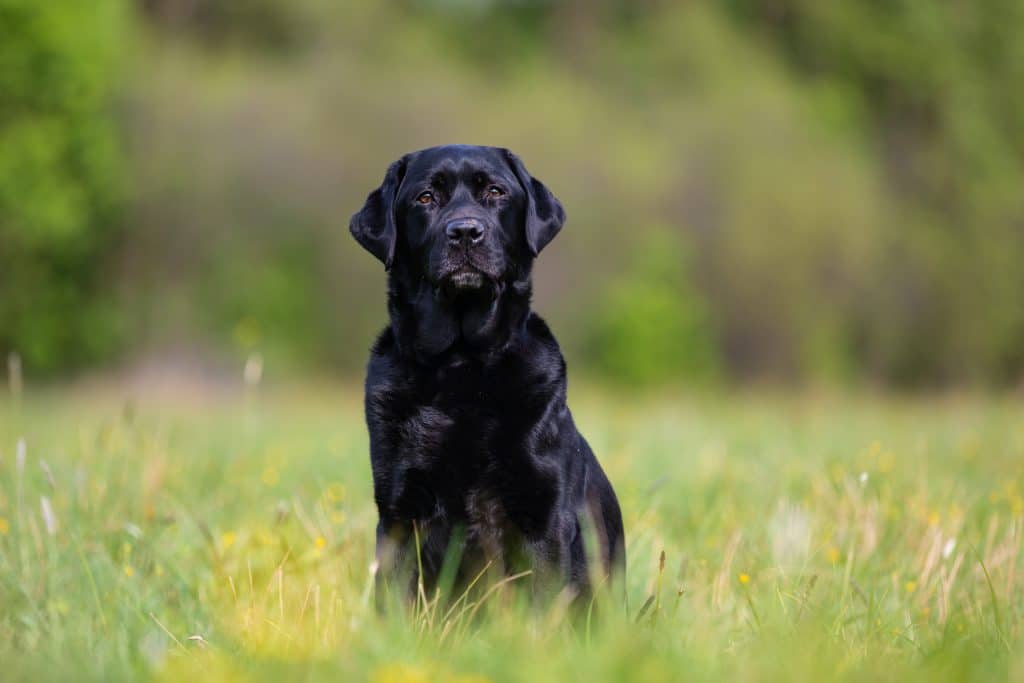 German short haired pointers are another hunting breed that is friendly, intelligent, and easy to train. They are most often used by law enforcement organizations and air transportation security to track illegal substances. They can also be found working side-by-side with detectives and tracking evidence at crime scenes. 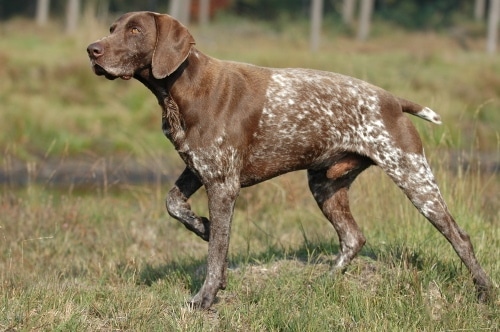 Giant schnauzers are a strong and athletic working dog that are very loyal, alert, and highly trainable. They can be found working alongside law enforcement, the military, and were used almost exclusively by the Air Force in the second World War. They excel at scent detection, obedience, enclosure searching, and make excellent guard dogs. 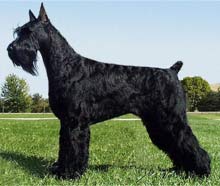 Boxers are another athletic working breed that are easy to train and excel at having a job. They are versatile at many tasks including being used as messenger dogs and guarding. They are used as police K9’s and have served with the military while at war. 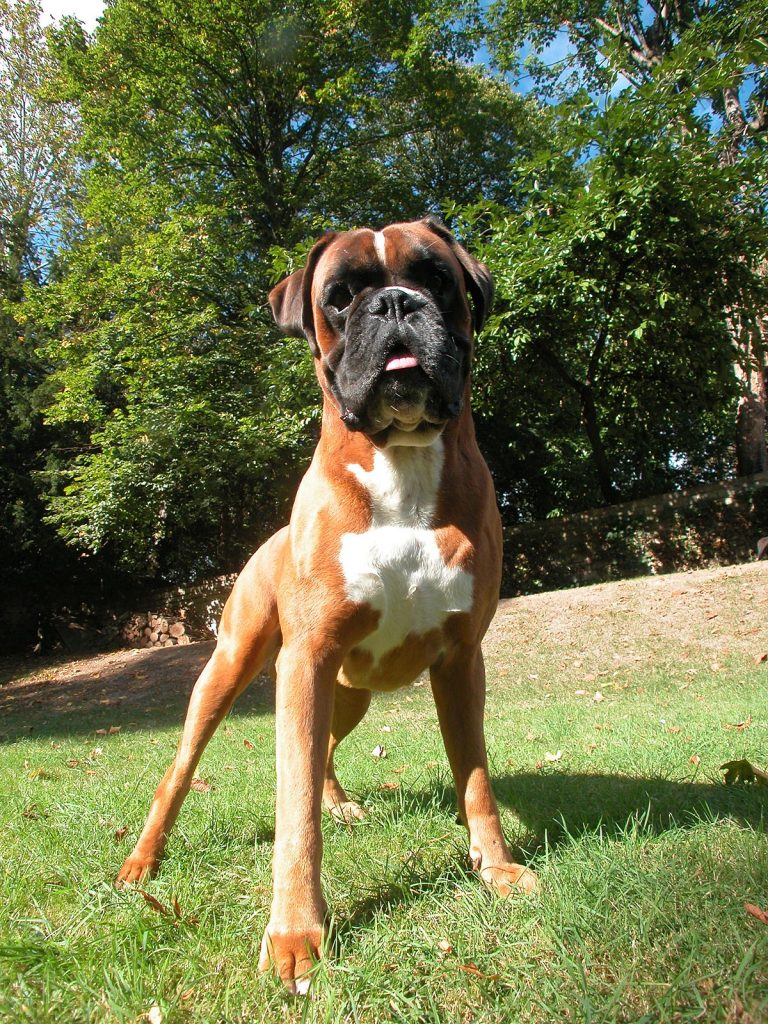 The Airedale is a large athletic terrier that is highly intelligent and served with the British Police Force. They also served in World War I and II. They are exceptional at scent detection, tunneling, and carrying supplies. They are known for the bravery and loyalty. Their wiry coats made them easy to maintain during times of service. 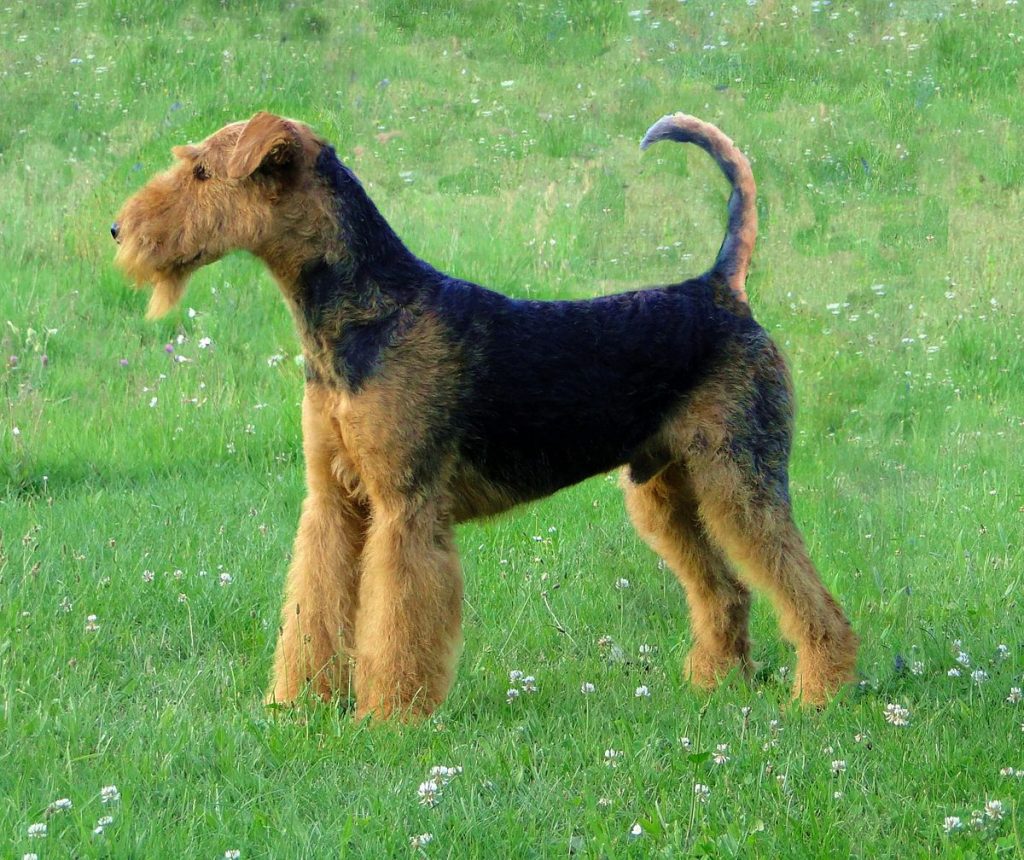 The Doberman Pincher is a highly recognizable athletic dog that is tenacious, loyal, and obedient. They were used by both the police and military. The breed served in both World Wars. They are not as popular today because they are more expensive to acquire than some other working breeds. They excel at guarding, tracking, carrying messages, and search and rescue. 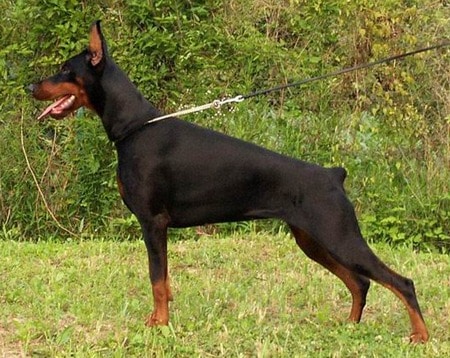 Rottweilers are large, brave guard dogs that are confident and reliable. They have been used by both the police and military as guard dogs, in search and rescue, and as messengers during both World Wars. They have worked in the United States, France, Germany, Belgium, Australia, and other countries around the world. 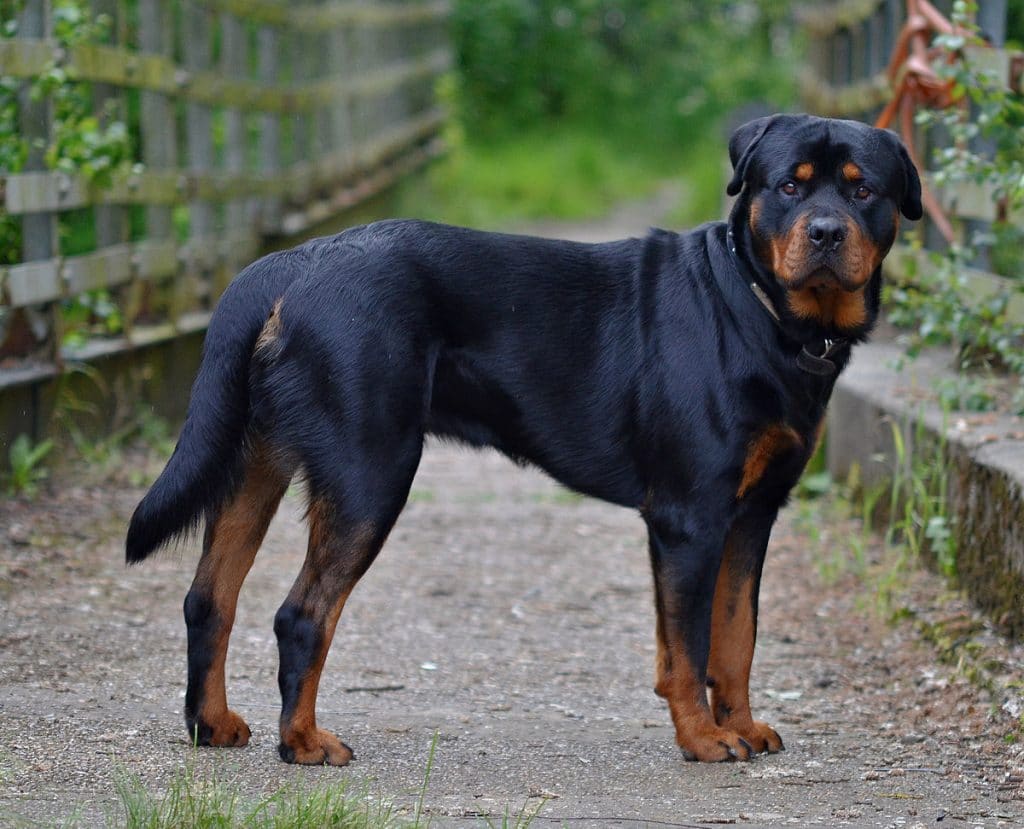 Blood Hounds are still found in military and police work today. They are often called in to track people and narcotics. They excel at following scents for long distances and their sense of smell is 1000 times better than that of a human. In 1889, a blood hound was used to track down Jack the Ripper. 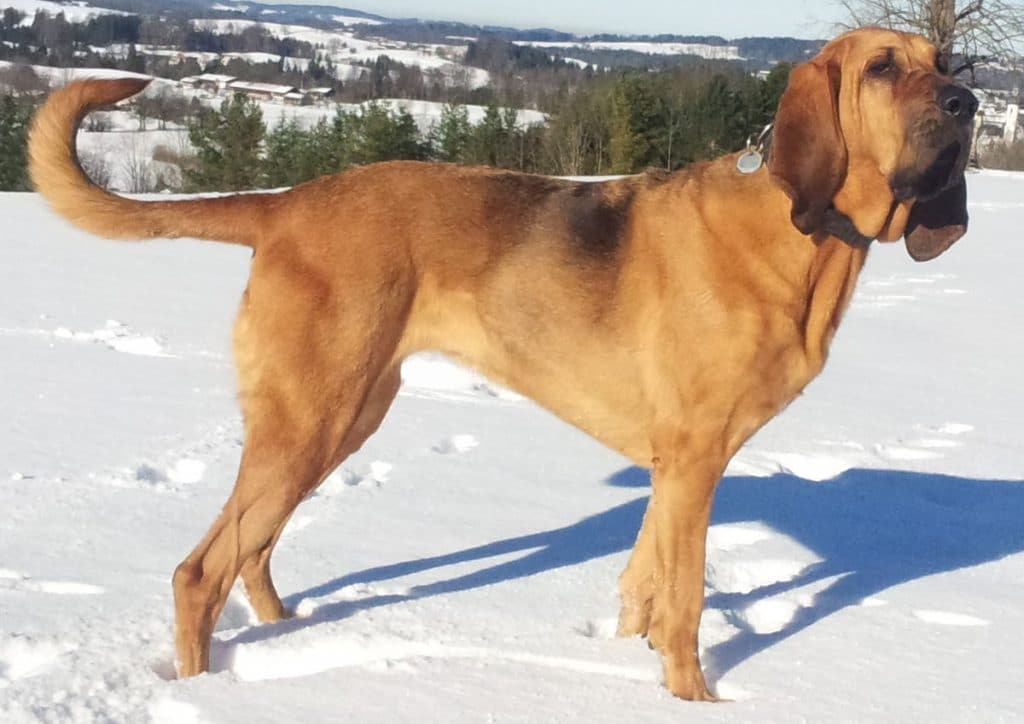 German Shepherds are a very popular military and police dog. They are known to be intelligent, loyal, obedient, and confident. They are muscular and athletic dogs, which helps them to excel at many jobs including, search and rescue, locating missing and lost people, scent detection, investigations, border patrol, security, chasing down criminals, detecting explosives, and more. 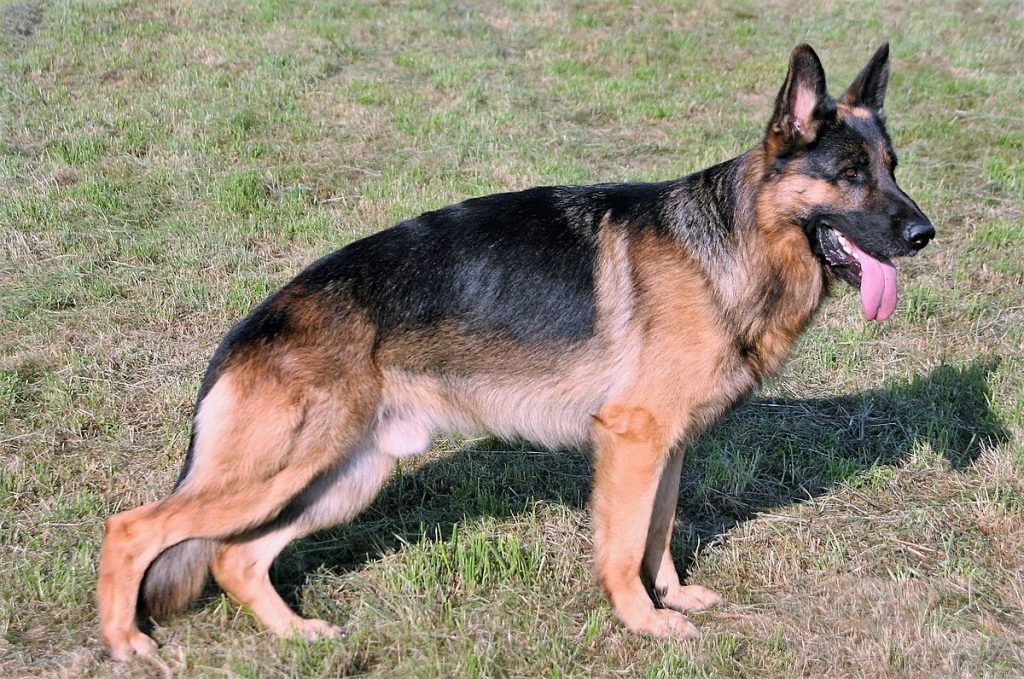 The Belgium Malinois is smaller than the German Shepherd but also highly versatile when working alongside law enforcement and in the military. The Malinois has a reputation for being fearless and excelling at many types of operations. They are great at tracking insurgents, locating arms, and sniffing out illegal drugs. Most famously Conan, a military dog, helped U.S. special forces kill ISIS leader Abu Bakr al-Baghdadi, a most wanted terrorist. Cairo, another famous military dog helped track down Osama ben Laden. 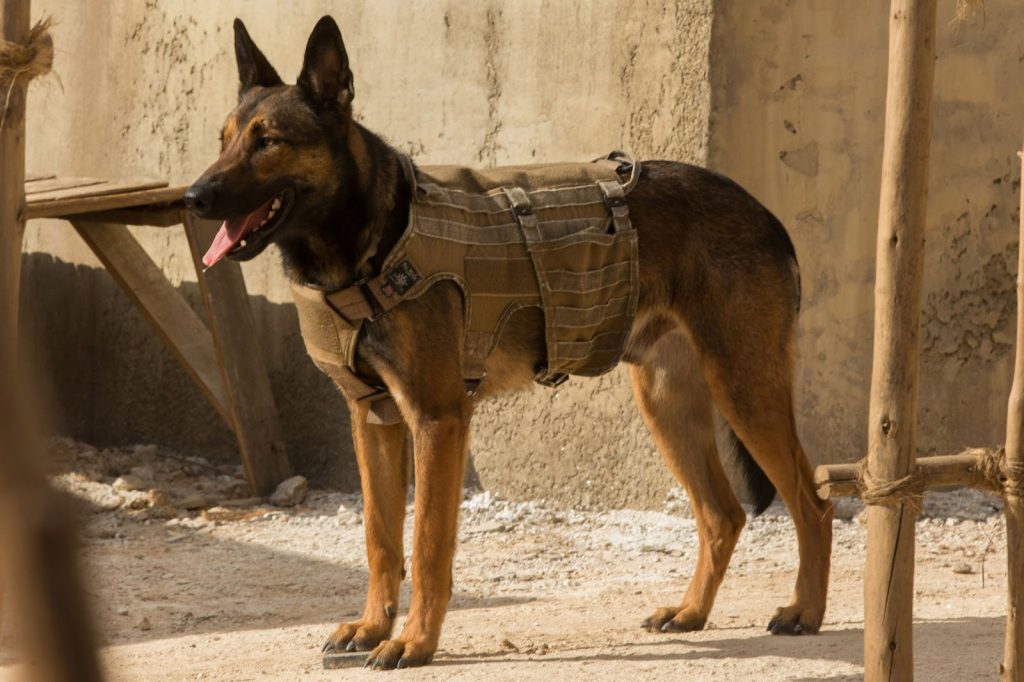