Love them or hate them, dog parks are here to stay. Most dogs adore playing in the park with their doggo friends as much as possible.

At their best, dog parks are a great place for pups to get their exercise, socialize with other dogs, and are a fun social outlet for like-minded pet parents, too.

But what happens when your witty dog can’t get enough of the dog park?

Well, that situation is exactly what happened to owner, Lisa Brownson, when she took her dog, Poppy, to the park one day.

Poppy was having a great time running around with the other dogs and playing. She went hiking, played fetch, and chased the other dogs around the park while her human enjoyed the company of the other pet parents.

When it was time to leave, Lisa began gathering up their supplies, but Poppy wasn’t ready to go. Rather, she darted into some bushes and hid from Lisa. Poppy peered out from her bushy hiding place just daring Lisa to find her. 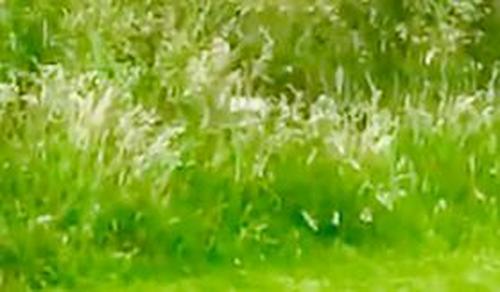 Laughing at Poppy’s spontaneous game of hide and seek, Lisa took out her cell phone camera and began videoing Poppy’s adorable game. As she called to the pup, the sweet dog hunkered down deeper into the bushes hiding from her human.

“She thinks I can’t see her,” Lisa captioned this video of the smart dog. “Pops,” Lisa calls to her and all you can see is the curly fur on the top of her cute head. When her mom tells her bye, Poppy sits up as if to make sure her mom wouldn’t leave her behind, which of course, would never happen. Satisfied, Poppy sinks back into the bushes. 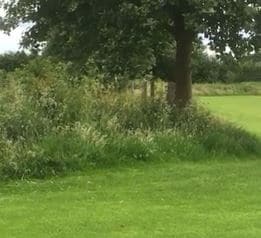 This dog is super adorable and certainly made her point that according to this tail wagger, it was not yet time to leave. How could her mom resist the adorableness? We don’t know but we wouldn’t be surprised that Poppy got some extra play time that day.

Please share this adorable video with your dog loving family and friends.