There is nothing cuter than a German shepherd.  From the time they are puppies until they grow into their majestic selves, they are simply gorgeous dogs.

In this adorable video, Watch My Puppy Grow, Julez Fowler, chronicles the life of her adorable puppy from 7-weeks to two-years-old and the entire video is simply adorable.

It starts out with a 7-week-old black and tan fur ball named Eikō Bear running around playing like all healthy German shepherd puppies do.  She has taken some really super cute photos of the tiny guy at this stage of his life. 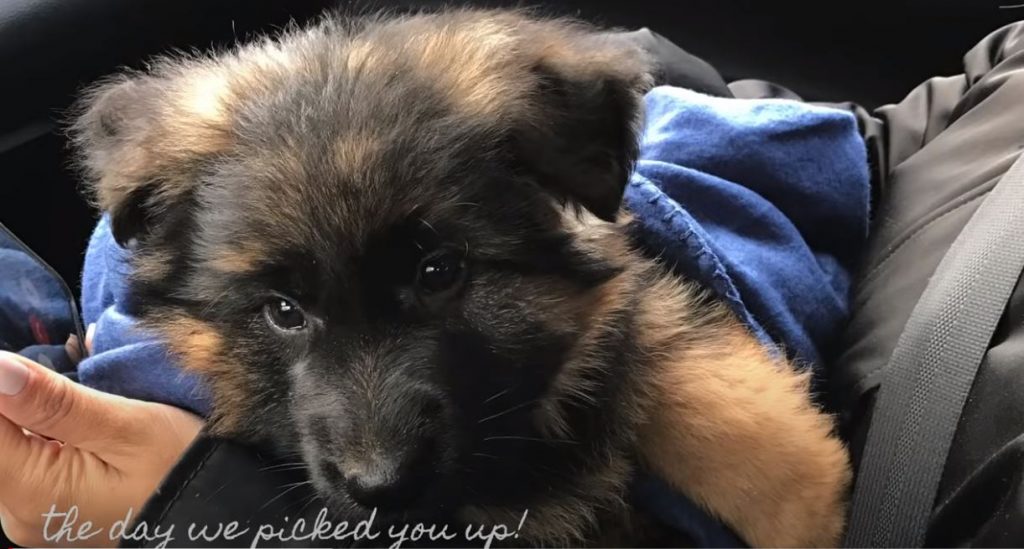 You can see him sleeping on his water bowl and taking his first bath.  At 8-weeks the sweet fluffer is kissing his big brother or sister (mom or dad?), we’re not sure which, but what we are sure of is that it is freaking adorbs.

Just when you think this cutie with the black button eyes cannot get any sweeter, its play time with another puppy!  The other pup is white with a tan eye patch and is just as super cute, by the way. 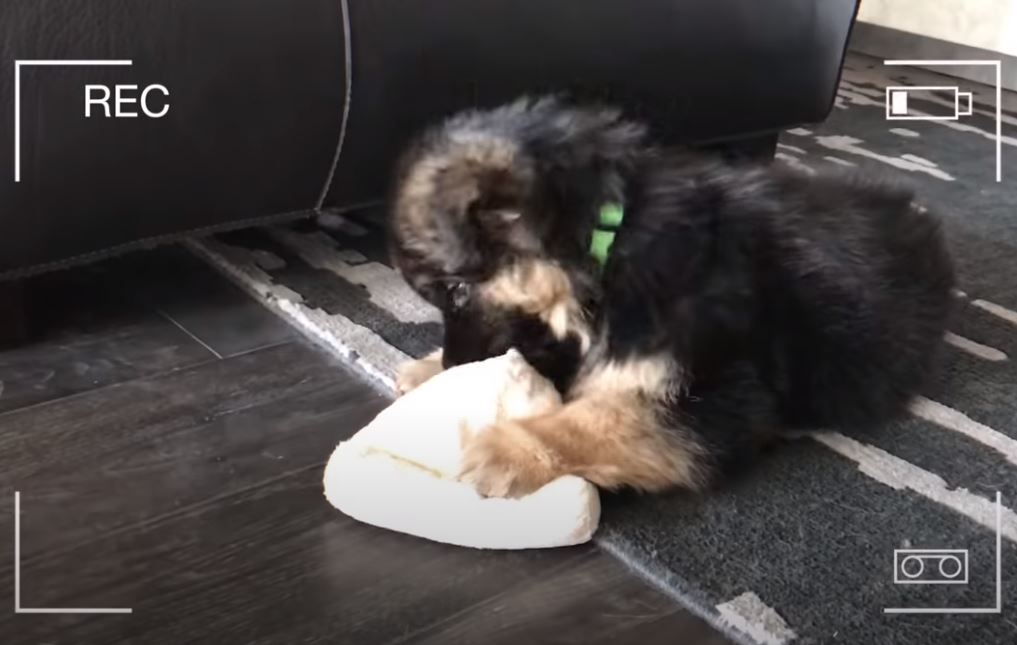 As you know, German shepherds are extra smart so Eiko Bear begins his training at 10 weeks.  The little cutie can already sit and down and he is of course uber charming!

Getting a little bigger with more playtime and tricks, but he is already growing up too fast and he’s still a tiny tot.  At 12-weeks, the little dude shakes like a boss.

Next he’s playing and eating snow outside with his family.  But you have got to check him out at 4-months when dad is carrying around the other shepherd and running from an excited Eiko Bear.

It must be summer because the next scene he’s in the pool learning to swim, he’s now 6-months-old.  At 7-months, he’s driving for the ball like the baddy he is. 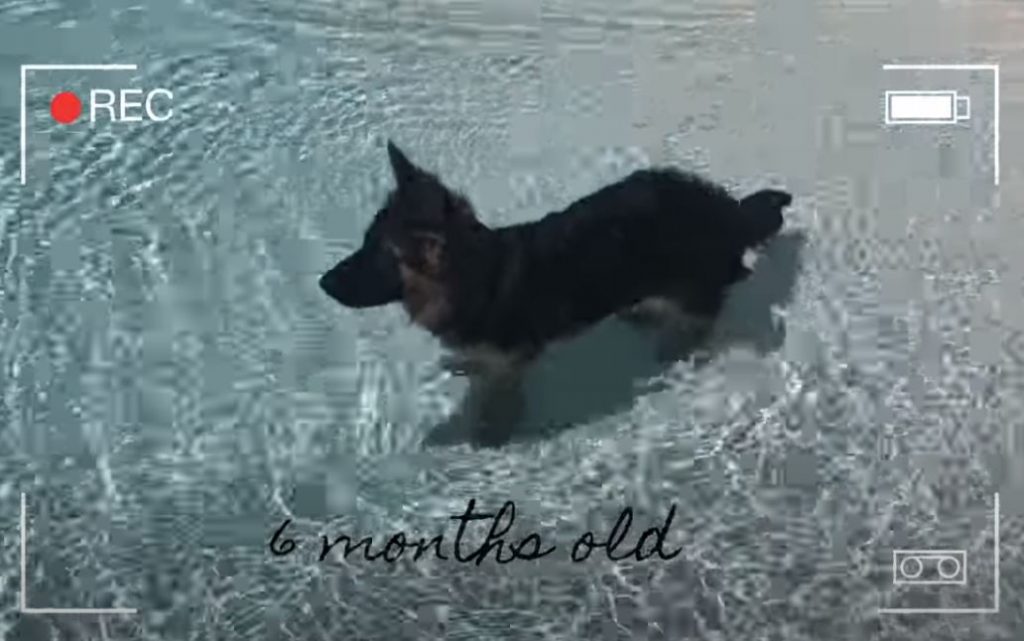 Did we remember to say that this dog has an amazing life with his owners?

Next he’s gotten bigger and he really looks different and is getting very handsome.  All of the little pup fluff has been left behind and what remains is very handsome German shepherd dog.

At his first birthday, he is super cool in his green party hat.  At Christmas, he is just as cute in his antler hat.  He even gets to go to the winter beach and play in the water at Mammoth Lake with his BFF.

At 1-year and 3-months old he’s digging the snow but he still has to have his teeth brushed but no worries, there is still time to play. 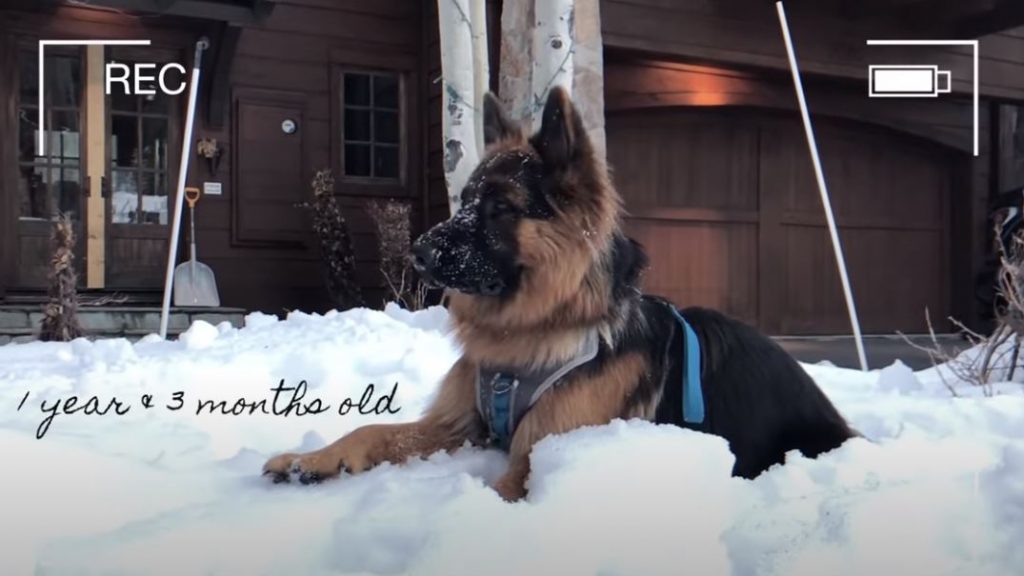 Next thing you know, after lots of loves, baths, and playtime, Eiko Bear is already 2-years-old.  Time goes so fast!

Please share his adorable cuteness and fun adventures with your family and friends.