Scooter had a difficult start in life but that didn’t stop him from finding a loving forever home with someone who could understand what he went through.

Somehow Scooter had been injured and ended up alone in the woods near a creek. Fortunately, a kind fisherman stumbled upon him and immediately took him to a veterinarian, who had to amputate one of his legs to save his life. 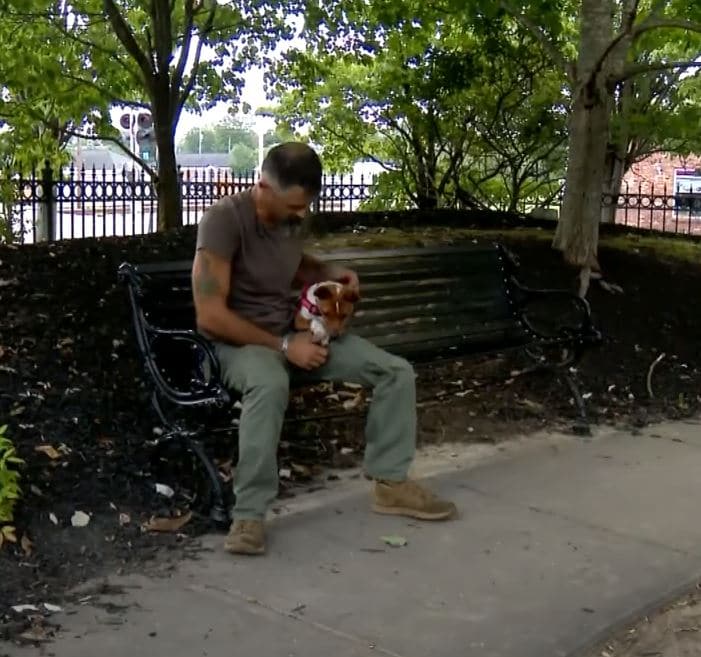 Happily, Scooter made a full recovery and was placed with the Humane Society of Dickson County, who shared his story on their Facebook page. The story grabbed the attention of a war veteran named Joshua Ferguson, who knew he had to meet the pup.

Joshua Ferguson had lost his leg in an accident during the Gulf War in Iraq and knew he and the dog had a lot in common. It was love at first site for Ferguson so he immediately began the adoption process so he could give Scooter a home. 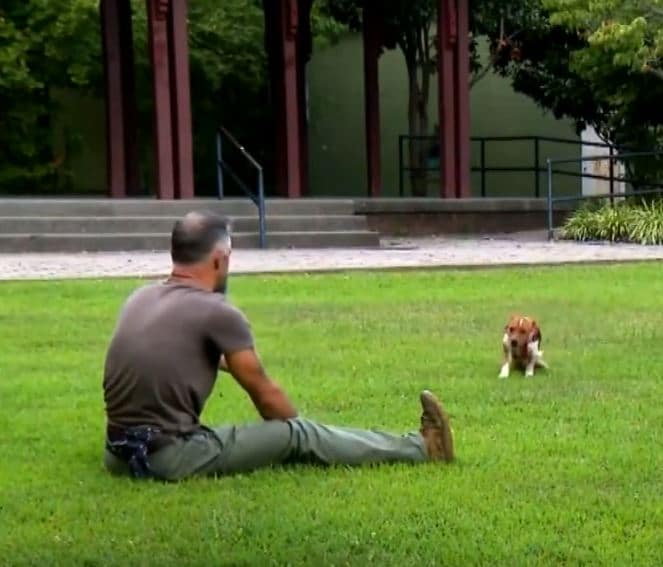 Of course, his application was approved and now he and Scooter live a happy life full of understanding for each other. Since animals with disabilities are often met with sympathy, Ferguson is trying to change that, he said:

“Everybody’s happy to see him and then they realize he’s got three legs and then they begin to pity him.” Speaking to these people, he added: “You were happy, you were overjoyed to see him. (So) Don’t pity him.” 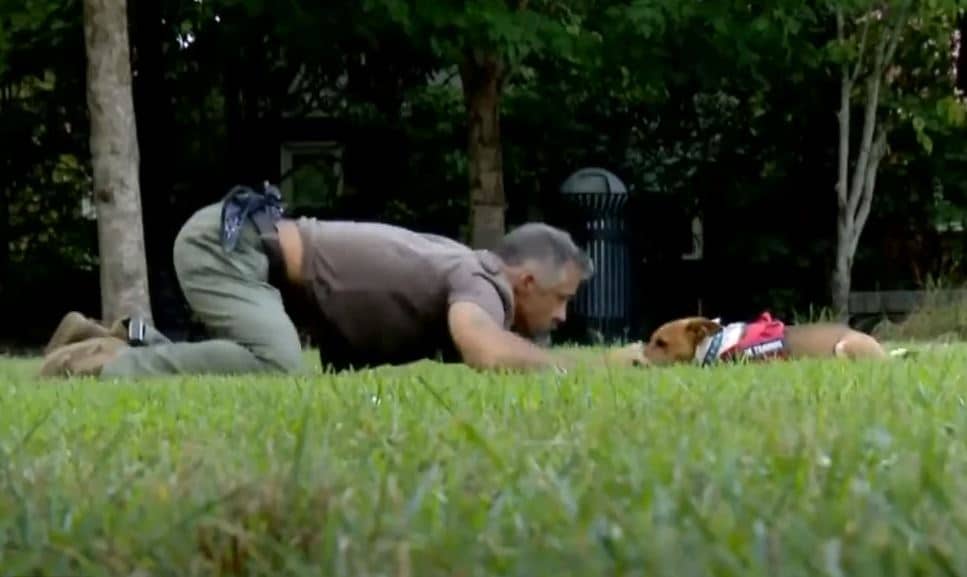 Ferguson and Scooter look at the bright side of life and share a special bond. They try to encourage people with their positive attitude and want people to realize there is always someone who has it worse. Ferguson said:
“There’s a silver lining in anything,” he says. “You can find something- and even if you can’t, somebody’s had it worse so just stop complaining.” 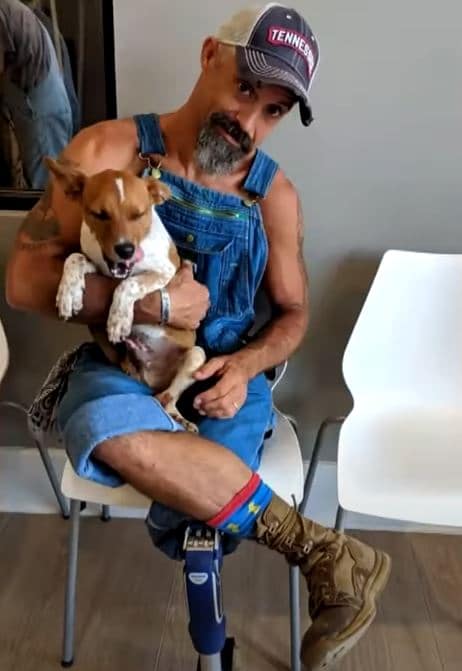 Ferguson and Scooter live life to the fullest and try not to let their disabilities hold them back. They enjoy each day together and avoid living in the past. They hope their message inspires others to do the same and leave us with this:

“It makes it easier for me to remember that it’s still a beautiful day,” Joshua concludes.

Please share their inspiring story with your family and friends.