Unwashed Clothes Helps Reunite Lost Dog With His Family When the poor pup’s owner died in the woods, he was so scared he ran away from the people who came to help him ❤️

Dogs can experience trauma much like people do and when this sweet yellow lab’s owner passed away while they were together in the woods, the dog was almost lost, too. Luckily, someone knew how to help the scared pup.

The story began when Otis was on a hunting trip with his owner in the woods of Brownton, Minnesota. While on their adventure, Otis’ fur dad suffered a heart attack and passed away.

Not knowing what else to do, the terrified dog stayed by his owner’s side for three days. Eventually help arrived but by that time, the dog was so afraid, he ran away from the people who came to help him. 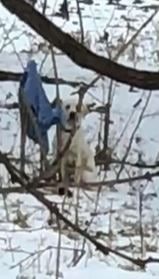 The family reached out to The Retrievers, a group that helps people locate lost dogs. The family was told to put unwashed clothing in the woods to attract the dog. Amy Addy, a volunteer with The Retrievers said:

“It’s basically a candy trail for the dogs to follow back.” 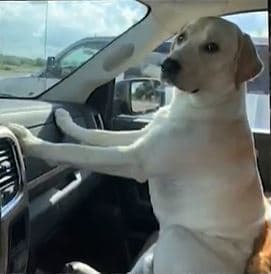 Happily, placing the clothing worked because when Tara, one of the case managers, returned to place a trap for Otis, she found him sitting by a tree, next to his owner’s shirt.

About locating him, Addy said:

“Everybody was doing everything they should have done. They were laying on the ground, they weren’t making any eye contact.” 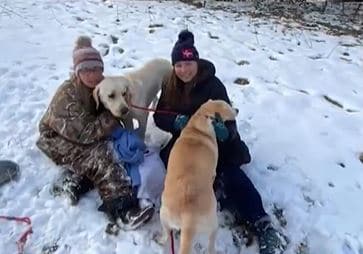 With the help of another friendly dog and some food, The Retrievers were able to catch Otis and return him to safety. The group said that this method is much more effective in winter because the scents last longer.

The group said that this method is more effective because yelling at the already scared dog doesn’t work well because that simply causes the already traumatized dog more fear.

Addy went on to say:

“When there’s a trauma like this, whether it’s a car accident or a house fire, obviously something like this happening, dogs will typically stay in that radius. They just kind of keep looping around the radius because it’s the last place they ever saw their human,” she said. “We tell people, get back there, put clothes and food, and sure enough, the dogs come back.”

“They basically forget who the helpers are, and all they think is they’re going to get eaten. They’re afraid of everything.” 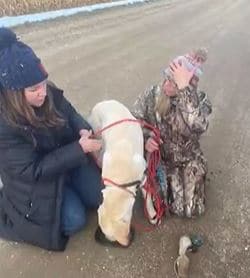 The group suggests to always be sure your dog has current tags, is micro chipped, and that they wear a leash.

Please share this great story with your family and friends.