Two Huskies Argue Just Like Actual Human Sisters Like human sisters, these two hilarious huskies argue on and on 🤣

These two huskies argue as all sisters do, only these two are much cuter to listen to.

Mishka and her little sister Laika did argue a lot. Like human sisters, they constantly had something to say to one another and sometimes showed their love in the most annoying ways.

Typical of an older sibling, Mishka was in charge, and in this video, she is very persistent. She just won’t listen to Laika. And, in the most adorable way, she argues so that Laika can’t have her way. 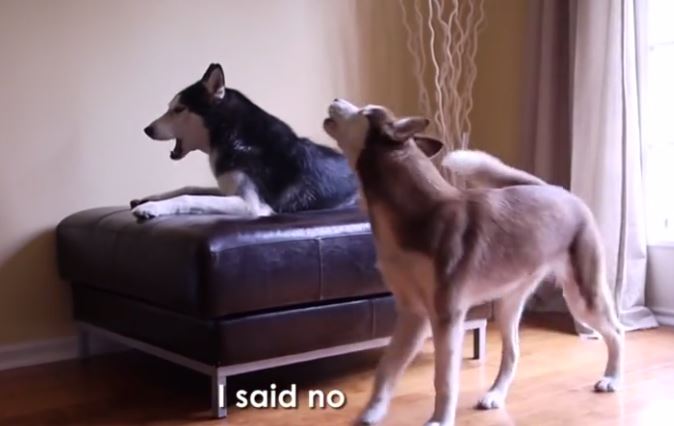 In typical husky fashion, the two talk to each other trying to get their point across. Mishka even tries to drown out Laika’s voice when she won’t stop talking. Mishka just keeps getting louder and louder, which frustrates little sis.

Not about to share her throne or her bone, queen Mishka sits on top of the furniture, clearly the one in charge while Laika tries to convince her to do something only the two of them understand. 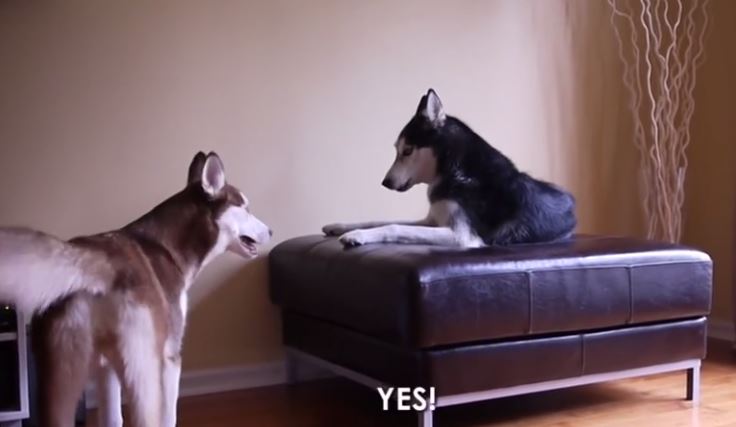 Laika paces around the furniture trying to convince Mishka of something but whatever it is, it’s not happening. Mishka makes no move to share her seat, her toy, nor does she want to play. What she does want to do is have the last word so the two hilariously argue on and on. 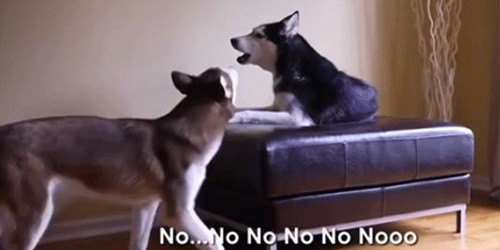 Like all sibling arguments, eventually, they come to an end. This one is over when Laika has finally had enough and off she goes to find something else to do since older sis isn’t giving in. Like most younger kids, she knows when to give up.

These two sisters are super cute but sadly, Mishka is no longer with us. We appreciate her owner for continuing to allow us to enjoy her videos and you can check out Laika and her new puppy friend, Nova, on Facebook.

Please pass along this sweet video to your friends.