“Ewe leave this lady to me,” said the tiny ball of fluff and everyone around rolled on the ground laughing!

A young pekingese puppy thought that herding sheep was just another day at the doggy park, so he thought he should have a go at it. Percy is his name and he is full of pluck! It may have been just another day at the farm for his owners, but for Percy, it was a good opportunity to build up his resume for the future. Such ambition for such a small creature.

He is only 16 weeks old, but with the two older and highly trained sheepdogs, Percy took an apprenticeship that is way out of his area of expertise. Still, when you see a cloud of fur running at you, you will run just to be safe! 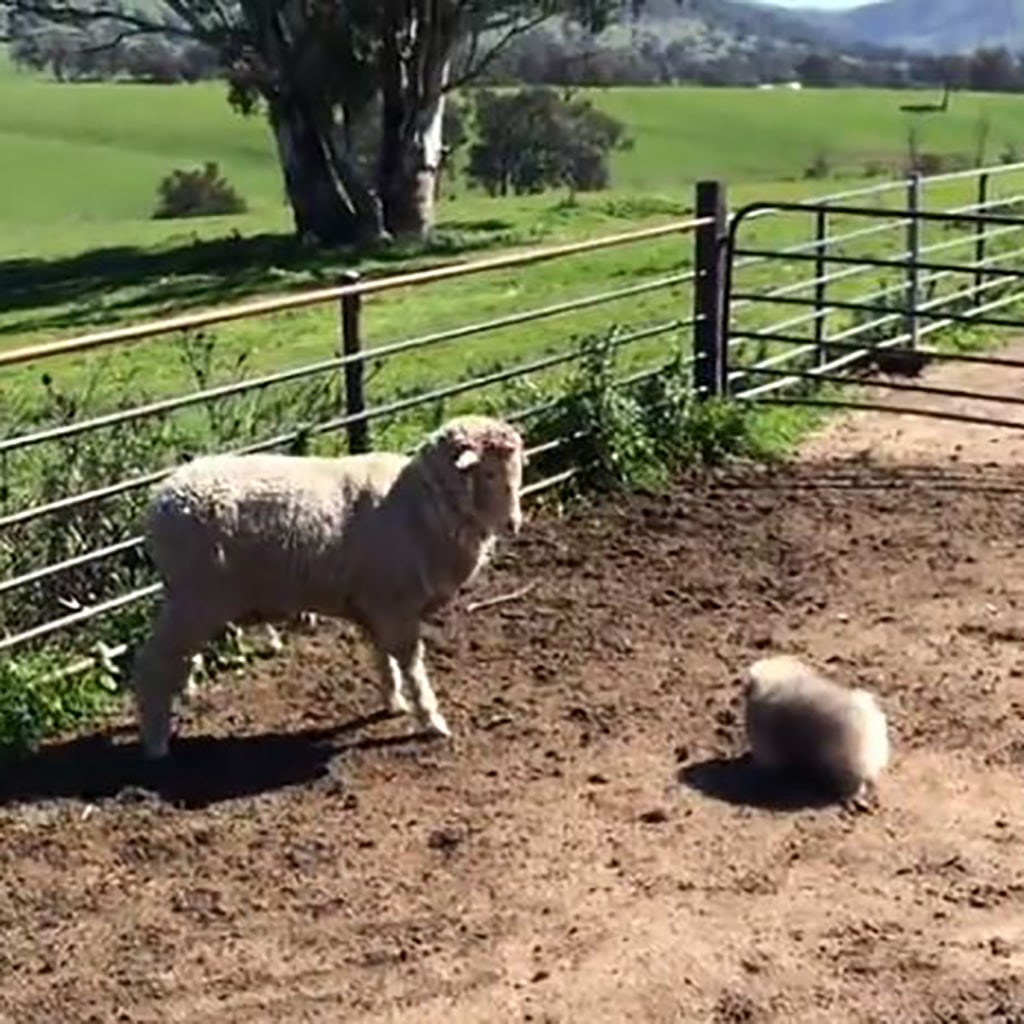 The footage shows the round ball of fur that is Percy, with the two Kelpie dogs, attempting to corral a rogue adult sheep. Obviously unaware of his size, the Pekingese chases the much larger sheep like it is the last thing he will ever do, barking at it - or rather, yelping - with his mighty voice. His owners are having a blast watching him and so are we!

What really threw us off was the sheep looking at the camera at one point, as if in disbelief of what is unfolding in front of her. Still, when that squeaking toy dog pounces at her hooves, she is scared. Who knows, maybe that thing breathes fire! He may not scare the sheep into submission with his size, but his ironclad determination really leaves an impact on the animal. Who knows, he may become a great sheepdog one day!

We needed a good laugh like this to start the day. Be sure to share this clip with your friends, it will make their day as well!

« Watch What Happens When This Owner Tries To Share The Sofa With His Husky!
These German Shepherds Are Winning Everyone’s Hearts On The Internet! »