The president of Ireland has a lot on his plate. Dealing with the covid pandemic is taking a lot of his attention. But, he took time out recently and gave a live television interview paying tribute to his friend, the late actor, Tom Hickey, who died on May 1st.

But it wasn’t the President that went viral, to the delight of nearly a million social media users. Rather, it was his Burnese mountain puppy that stole the spotlight as well as the hearts of people all over the world. 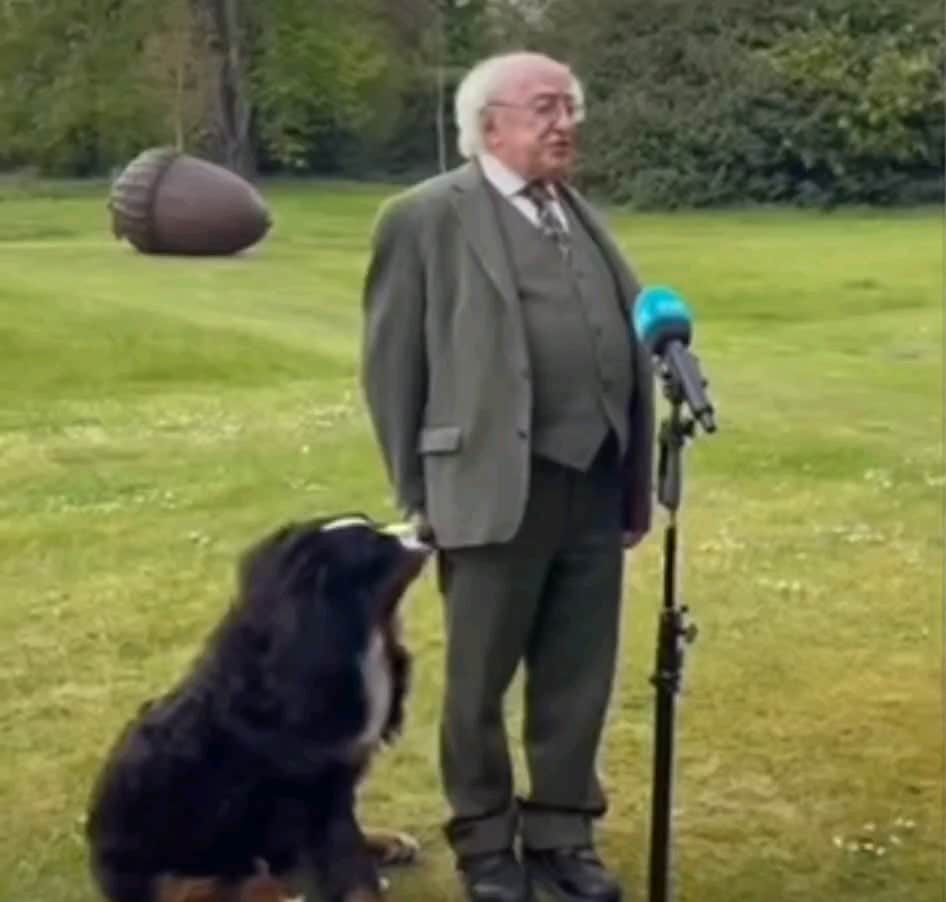 As the president was talking about his lifelong friend, who passed away the evening before, his 7-month-old puppy began demanding his attention. President Michael D. Higgins didn’t miss a beat as he offered the adorable pup, Misneach, his hand to chew on.

Not concerned at all over how presidential the President appeared in his interview, Misneach continued to vie for his attention by pawing his leg and nosing at his suit jacket. And, that was when the world fell in love with the utter cuteness of it all.

"There was a lot going on in our RTE News interview yesterday." 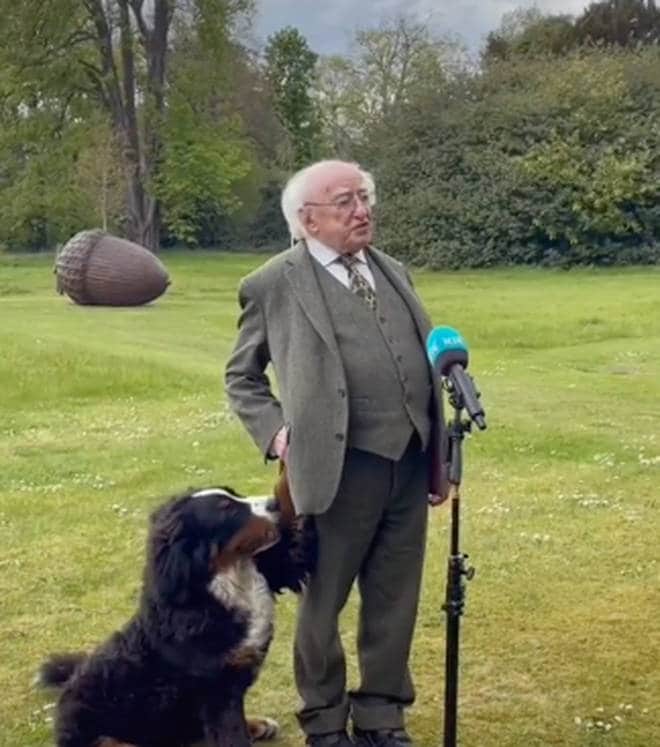 Meanwhile, Irish actor Donal O'Kelly replied to Crowley and said:
"Michael D. was talking about his lifelong friend, actor Tom Hickey, who passed away the evening before. The dog presumably picked up on his deep sense of grief. And I think he finds it comforting. It's a wonderful moment."

The playful Misneach joined the Higgins family last March following the passing of their previous Bernese mountain dog, Sioda last September. Misneach, whose name means courage, is no stranger to attention and already had thousands of fans from other social media appearances. 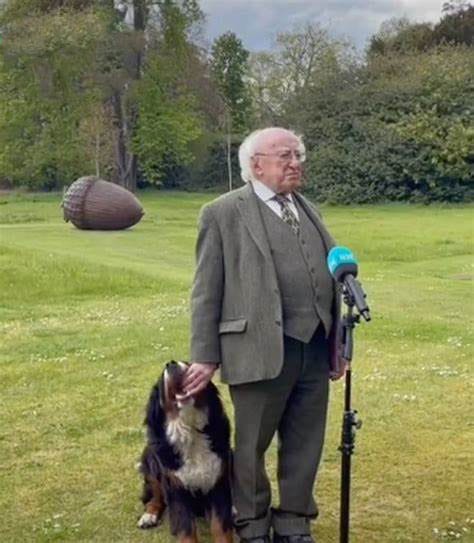 We can see why. The sweet pup is simply adorable and certainly loved by President Higgins. Please share with your family and friends.