Having a dog is the best thing in the world! They are such amazing and kind creatures who absolutely deserve their title of being man’s best friends. Among other things, people love to show off with their dogs. They are treated as stars, as cute toy creatures that give one joy, or ridiculously funny pets. Pets are, and this is a fact, one of top-5 keyword searches on the Internet. Ever wondered what it’s like to own a Malamute? Here you go! It’s always story time with Loki. Just wait for the end!

Just take a look at this video, and you’ll see what we mean. It is so cute and funny that you really have to check it out, especially if you are a dog person like we are. This video shows an adorable Malamute dog and his owners listening to what their dog has to say. When this fantastic dog called Loki starts to howl, his owners know that it is story time and that they need to sit still and listen attentively to the content of the story. Is it an adventure, a thriller, a boring event or just a complaint? From what we can catch, it seems that it is a type of an adventure mixed with complaints and an unknown ending. Loki leaves his options open, so he can make a break and go on retelling until later in the day. 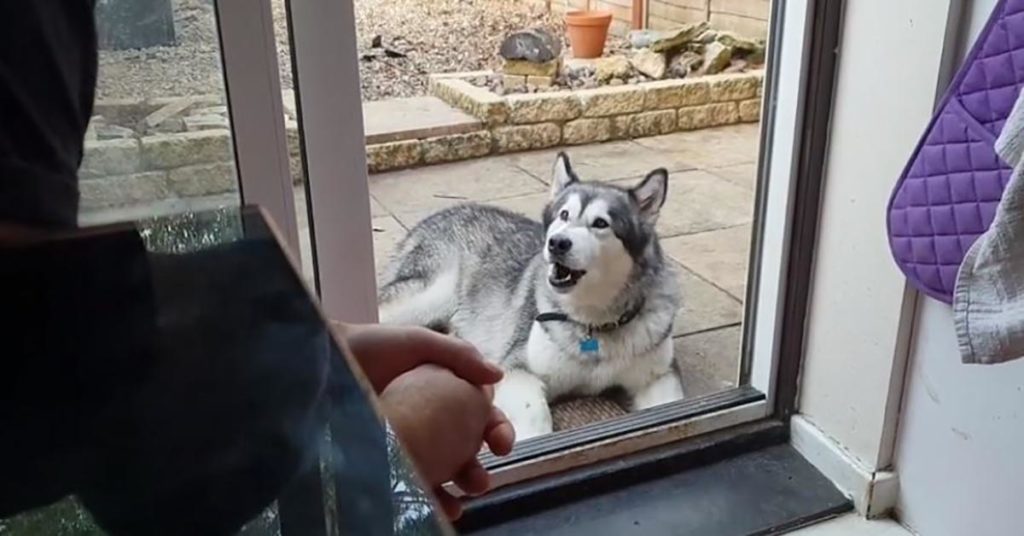 It is an adorable one-sided conversation and a very honest one. The tale looks seriously complicated and the twists and turns are accompanied by the long howls and barks Loki lets out. It’s kind of relieving when you open up like this, and most of all, having the right people by your side is always rewarding. Looking straight into his owner’s eyes, Loki engages in a long and loud conversation and enjoys the love and the attention along the way. The owner says a few words of advice while sitting comfortably next to the table.

Sometimes being a dog is tough. You have your wants and needs, and you give your best trying to tell them how you feel using your dog language, but humans never understand until you start howling and growling. Just listen to those adorable noises that Loki makes. Wagging his tail only means that he is satisfied with the speech and he has somebody to understand him. It’s quite a story, indeed! It has to be topped off with a hilarious twitch like sneezing for instance. Oh, my, this story telling makes him tired so it’s time to just lie down and relax.

If you love dogs as much as we do, share this video on social media or tell us a story of your beloved four-legged pal in the comment section below.