If you’ve ever met a dog owner whose dog has a similar personality, researchers at the University of Michigan have uncovered that the similarity may be more than a coincidence.

Dog owners and trainers have noticed that dogs often mimic the behavior of their owners.  Someone with a laid back personally may own a dog equally relaxed.  The flip side, the dog of a person riddled with anxiety may be fearful and anxious.  When an owner gets angry, it may upset their dog.

The study from the University of Michigan explored how humans shape the personality of their dogs and how a dog’s personality changes over time. The time owners spend with their dogs gradually shapes them. 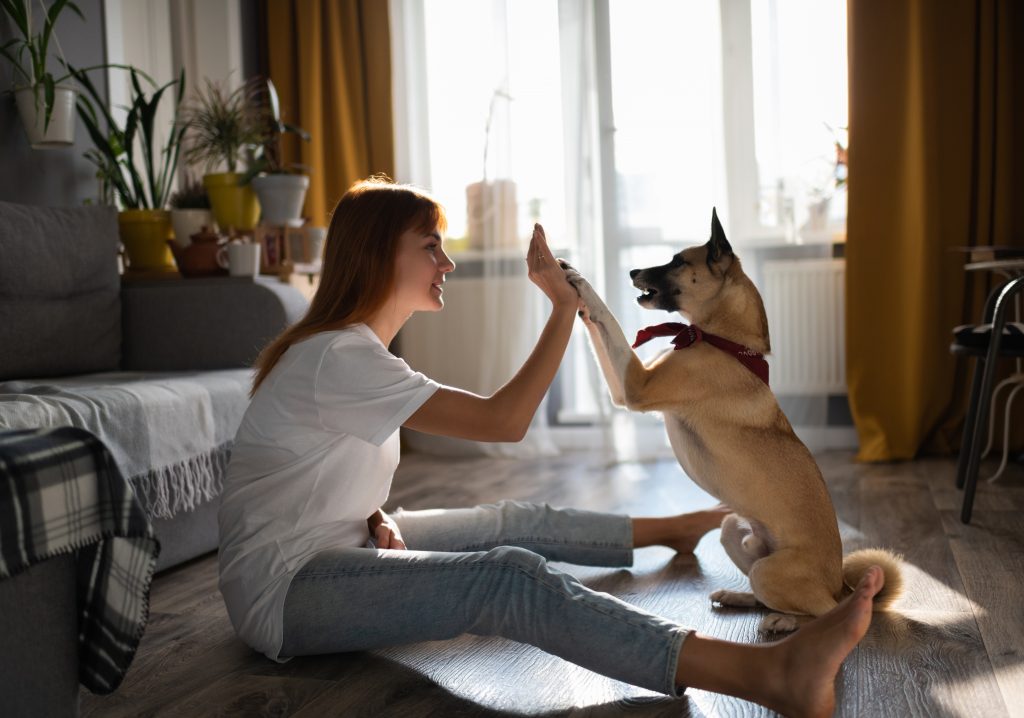 Time spent walking, petting, training, and reacting to negative behavior has a big impact on the personality of dogs.  The study found that dogs have moods and their moods are impacted by the behavior of their owner.

William Chopik, professor of psychology and lead author, is a social personality psychologist interested in how relationships and the people change over time and across social situations.  He wrote:

“When humans go through big changes in life, their personality traits can change. We found that this also happens with dogs – and to a surprisingly large degree.”

“We expected the dogs’ personalities to be fairly stable because they don’t have wild lifestyle changes humans do, but they actually change a lot. We uncovered similarities to their owners, the optimal time for training and even a time in their lives that they can get more aggressive toward other animals.” 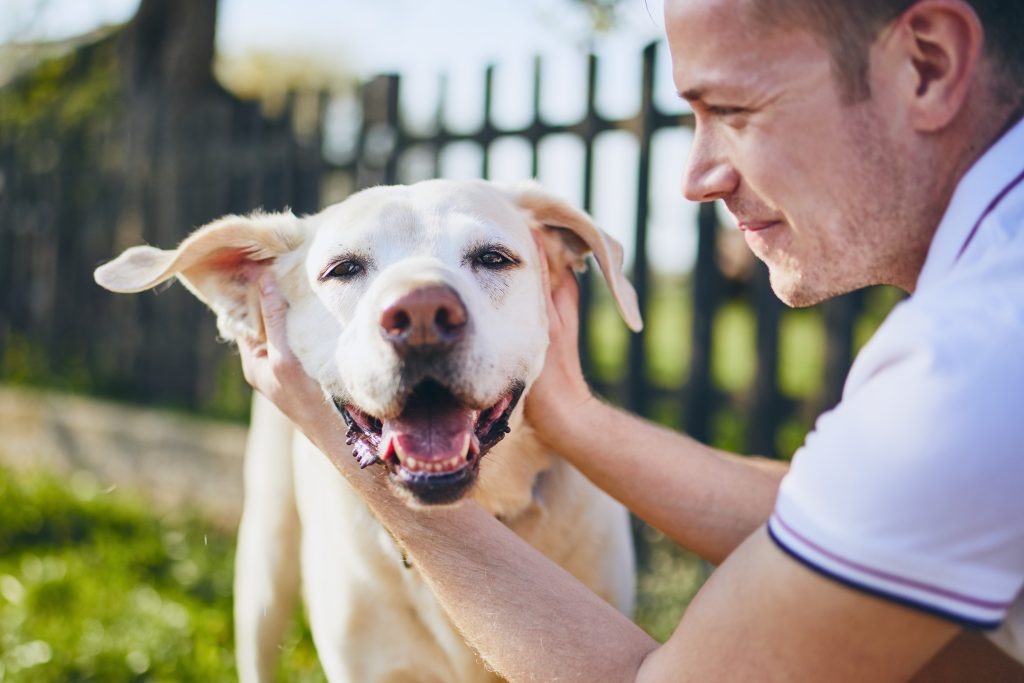 The study also discovered that the dog’s personality is predictive on the relationship they have with their owner.  For instance, the personality of an owner can influence the owner canine bond, biting behavior, and even chronic illness.  Personality trait similarities were discovered in dogs and owners, as well as quality of their relationships.

The study was published in the Journal of Research in Personality is the largest of its kind.  It examined the change in personality of 1,600 dogs and included 50 breeds.  The dogs ranged in age from puppies a few weeks old to fifteen years old.  It was split between male and female dogs.  The study extensively surveyed owners about their dog’s personalities and behavioral history. The owners also answered questions about their own personalities.

According to Chopik, “We found correlations in three main areas: age and personality, in human-to-dog personality similarities and in the influence a dog’s personality has on the quality of its relationship with its owner.  Older dogs are much harder to train; we found that the ‘sweet spot’ for teaching a dog obedience is around the age of six, when it outgrows its excitable puppy stage but before its too set in its ways.”

Another eye-opening result confirmed what many dog owners and trainers have believed.  That is, owners can positively and negatively impact the personality of their dogs.  The dogs of happy owners tended to be easier to train and more excited about life.  Meanwhile, negative owners reported their dogs as more fearful and difficult to train.

The result of the study is based on “nature vs nuture.”  Owners who take an active role in the quality of their dog’s life also impact the dog’s personality.  The nature vs nuture debate involves whether behavior is determined by the environment or by genes. 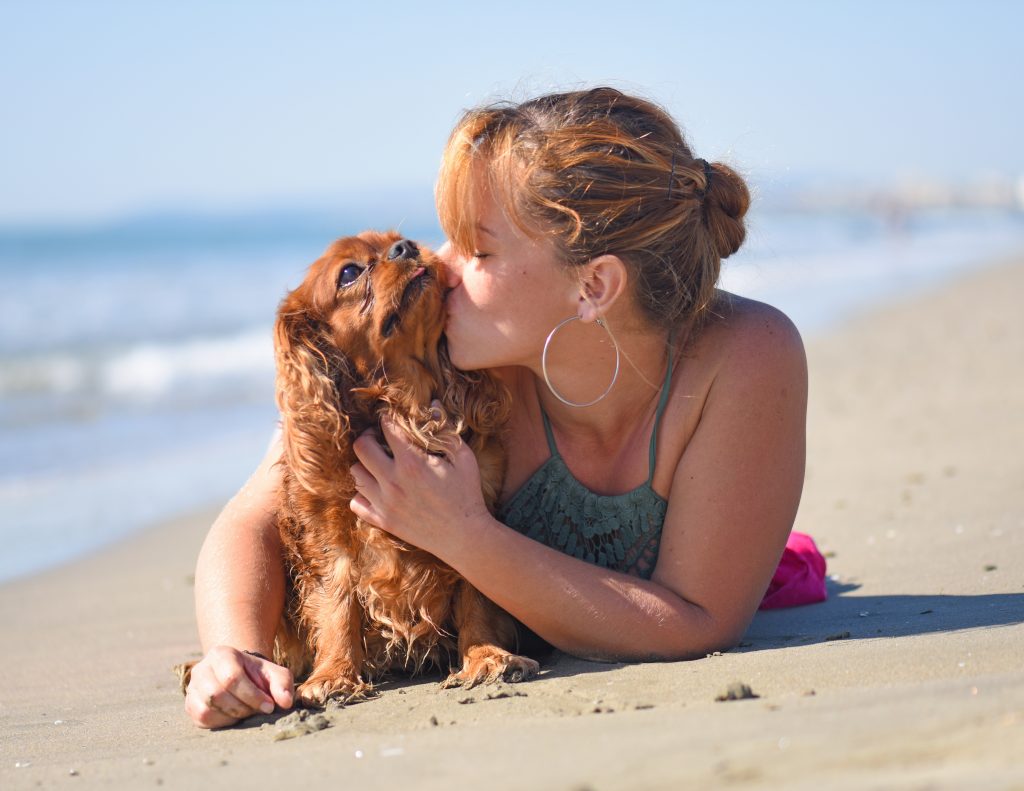 Chopak went on to explain, “There are a lot of things we can do with dogs – like obedience classes and training – that we can’t do with people,” he said. “Exposure to obedience classes was associated with more positive personality traits across the dog’s lifespan. This gives us exciting opportunities to examine why personality changes in all sorts of animals.”

The study seems to prove why dogs that live in loving homes are usually happy and well adjusted.  It also explains why dogs rescued from shelters when nurtured and loved can transform into wonderful pets.

The goal of all owners should be to be the person our pets deserve and need us to be.  Please share this article with your family and friends.