Study Proves That People Empathize With Dogs More Than Other People It’s no surprise, we love our fur babies!

Dog lovers will do anything for their pets.  They buy the best food, provide the best care, and spend countless hours showering their dogs with love and affection.  They worry over the smallest things, and try to give their furry best friends the best life possible.

They can be moved to tears by animal suffering and cringe when watching a dog get killed or injured during a movie.  Most can recall every dog book that has broken their heart, and wish they could do something for every lost or abandoned dog they see.

And they’re not alone in their adoration of man’s best friend.  According to a recent study by a team from Northeastern University Boston and the University of Colorado Boulder, they discovered that only children elicit a more empathetic response under certain conditions than dogs, whether they’re puppies or fully grown. 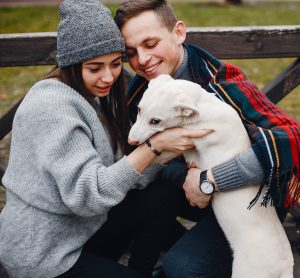 The study examined whether people were more emotionally disturbed by reports of dog or human suffering and abuse. Two hundred and fifty-six undergraduates were asked to share the degree of empathy they had for a brutally beaten dog compared to that of an adult human, as described in a fictitious news report. They also measured the empathy extended to adult versus child; and puppy versus adult dog.

The study concluded that dogs, puppies and children elicited the highest emotional response from participants. In other words, they had more empathy for a dog being beaten with a bat than a grown man.  Of course, the participants also responded with emotion to the abuse of a child.

In conclusion, the study seems to show that since dogs are considered our fur babies and part of the family, they require the same love and protection as other helpless and vulnerable members of the family namely, children.

Please share this interesting study about the love we have for dogs with your family and friends.