Rocco the Springer Spaniel loves to chase squirrels. When he sees some that he can’t chase – like when he’s trapped in a car, which is the case in this video – he starts to vocalize in what his parents refer to as his “squirrel song.”

He almost sounds like a tropical bird has his bark stutters with his excitement at seeing the squirrels! Some more traditional whines and barks make their way into his song, too, making this mini-concert quite amusing! 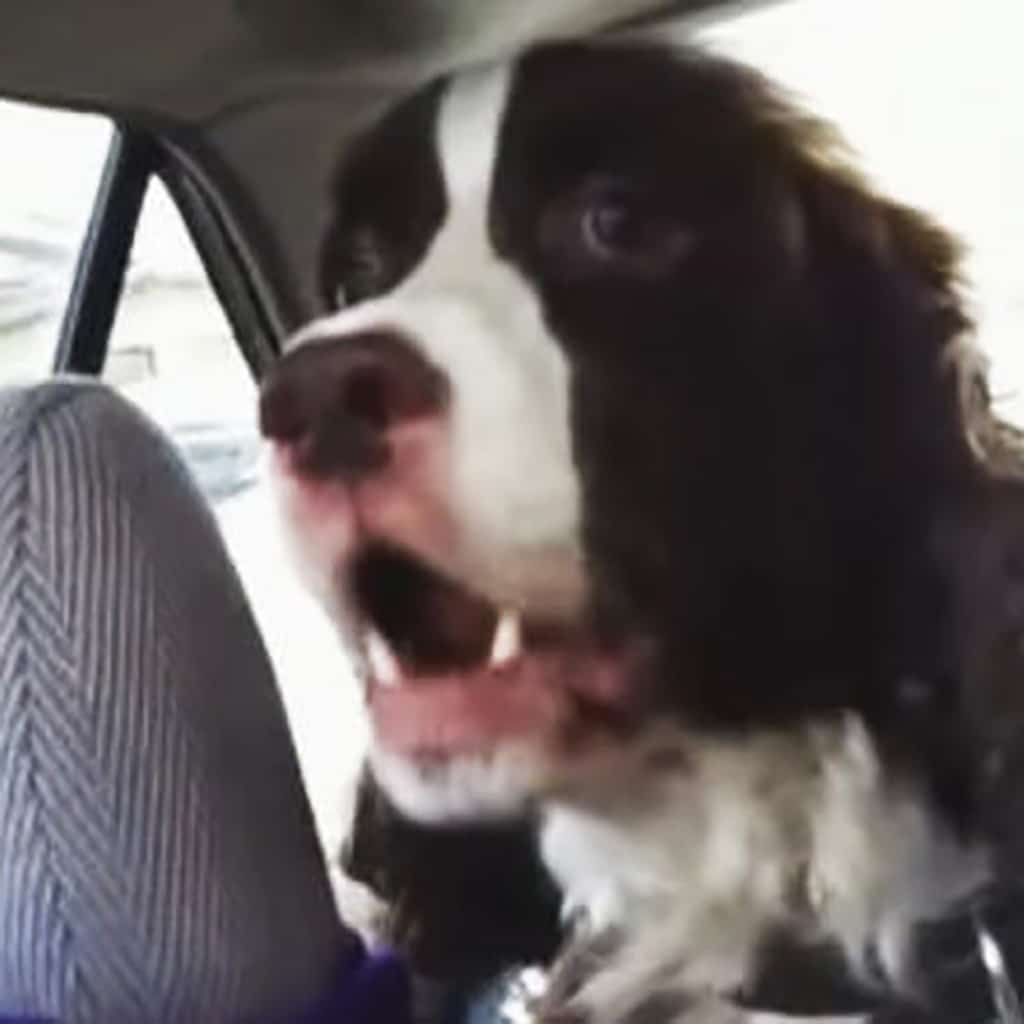 His parents have probably heard this “song” more times than they can count, but they still manage to laugh as they try to calm him down.

Does your dog have their own song? When do they sing it? What do they sing about? Let us know in the comments, and don’t forget to share this video with your friends!

« Little Girl Plays With 14 German Shepherds - This Is What Heaven Must Be Like
Mom Says It’s Time To Go – What This German Shepherd Does Next Will Make You Laugh! »