Bandit was a jail dog who was trained by the Inmate Handlers Program at the Gwinnett Jail Dog Program, but that’s not what makes him so special.

Bandit has been adopted and returned to the jail 4 times but not because he is a bad dog. The sweet pup is actually paralyzed from the waist down and uses a wheelchair to get around. His previous adoptive families were unequipped to provide the care he needed, despite their best intentions.

So, the adorable dog with the sweetest face lived five and a half years behind jail walls waiting for the perfect family to adopt him. Finally, that family saw him on a website and kept going back to look at him, perfectly understanding what his special needs would be and wondering if they could fulfill them. 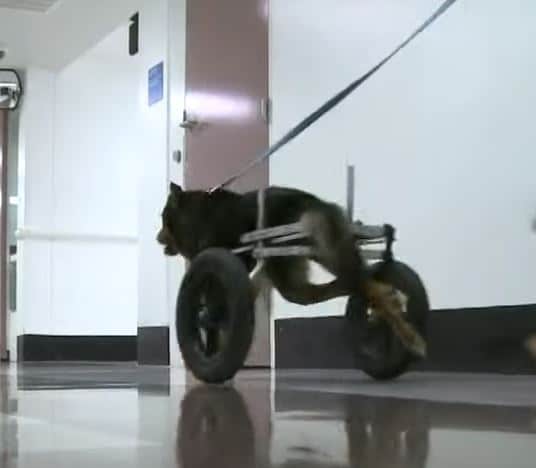 The Rider family understood Rider so well because Darrell Rider has been paralyzed since birth and also uses a wheelchair. Finally, they decided that the senior dog would be a perfect match because they also lived his life and knew exactly what type of special care he would need.

“Going through what I went through growing up, life wasn’t easy but you just gotta continue going forward. The things I read about Bandit, the videos we saw, he kind of had the same mindset that I had,” Darrell shared. 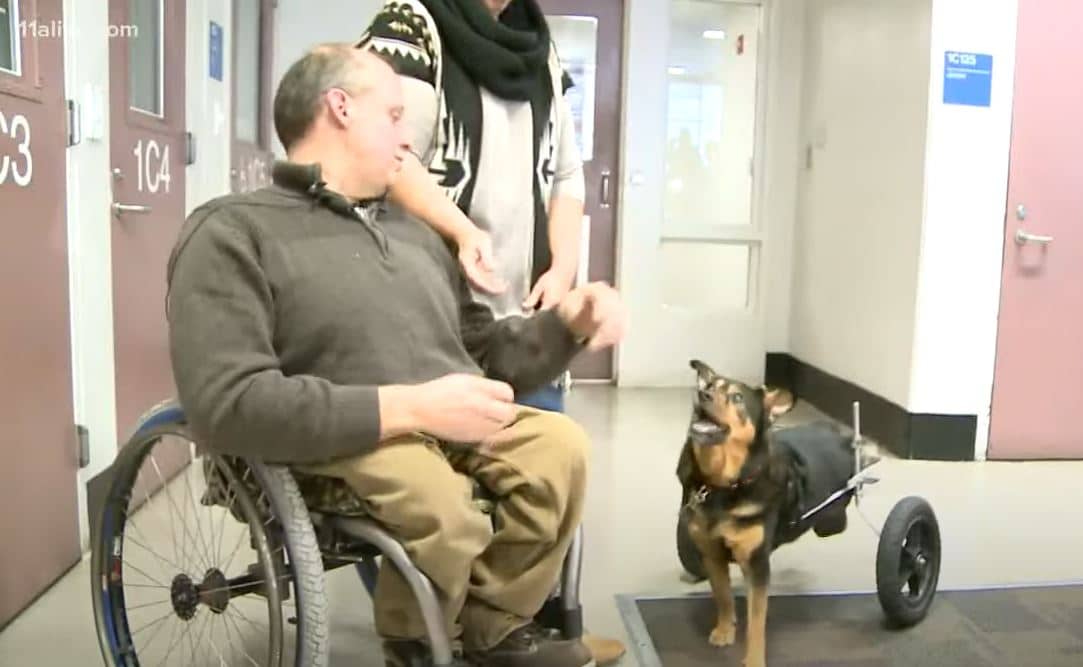 The day Darrell and Sue went to pick up Bandit from the jail, WSB-TV was there to capture the moment. They shared their initial concerns about adopting Bandit before deciding to provide him with his forever home.

“This is something that would motivate Darrell and it would help Bandit to know he’s not alone out there,” Sue commented.

Despite it being an amazing day for Bandit and his new family, there was some sadness going around. His jail handlers will miss the companionship of the sweet dog. His more recent handler, Tredo, shared:

“As soon as I found out he’s being adopted, I’ve been trying to love him more. Just, that’s my friend.” 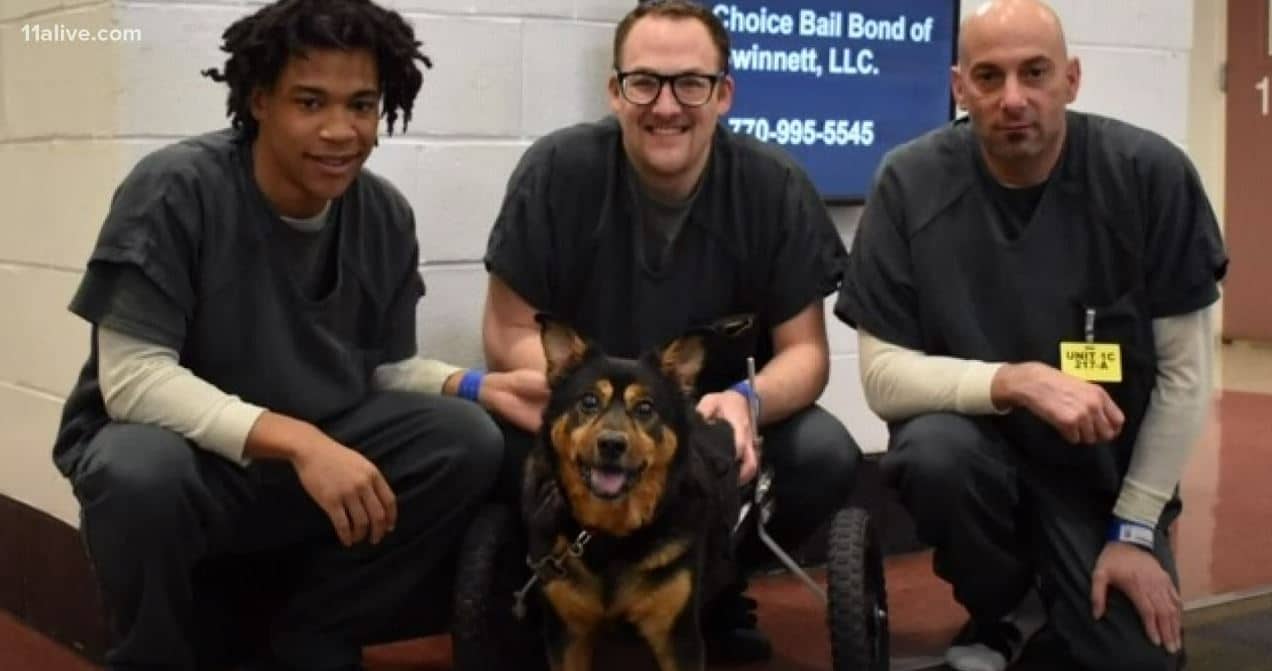 Bandit rolled out of the jail for the last time next to his new mom and dad. And, another surprise was in store for him….when he gets to his new home, he’ll meet his new fur siblings. Such a great rescue story.