During his deployment to Syria, United States Army Specialist Tyler found a tiny adorable puppy abandoned and all alone.  Knowing stray dogs in Syria don’t have much hope and often fall victim to distemper and other diseases, his heart went out to the little pup and he quickly began to keep her safe.

One day Tyler was told that they would have to get rid of the dog unless someone took official responsibility for her, he immediately volunteered.  He contacted his family in the United States and they began shipping food for the puppy he named Daisy. 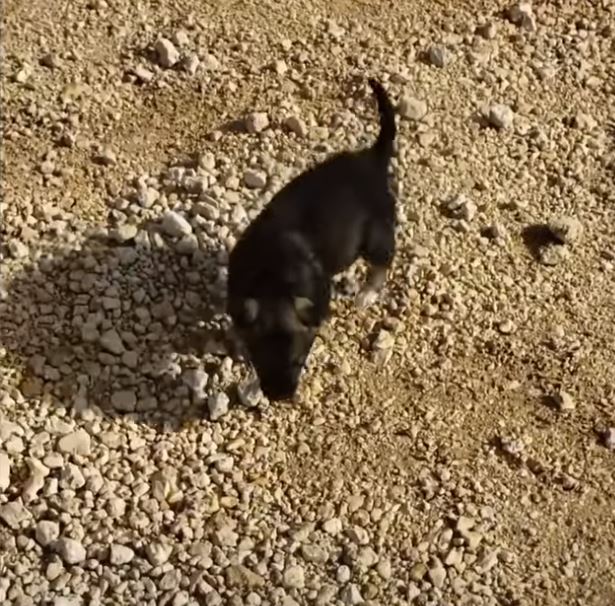 Soon after, they contacted the Society for the Prevention and Cruelty to Animals International who helped Tyler transport Daisy to the United States.  The arduous trip was 6,000 miles long and went from Syria, to Iraq, to Germany, ending in New York where Tyler was reunited with the puppy three months after her journey began.

The joy on Tyler and Daisy’s face is so sweet and the two look like they couldn’t be happier.  Daisy even decides to take a cute little run, with Tyler close on her heels, through the airport in her excitement.

Tyler says that Daisy was with him during the worst time of his life and he wants to give back by loving and caring for her for the rest of hers.  She made a huge difference in the quality of his life while deployed and for that he is very grateful.

Tyler still serves in the Army and Daisy is happy and healthy staying with his family until his next return home.

Please thank Tyler for his service by sharing this heartwarming story and recognizing how much help and love a dog can provide during the dark, lonely hours of a deployment.