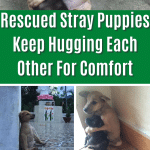 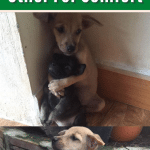 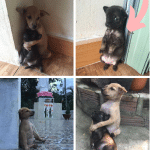 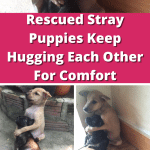 Two very lucky stray puppies who roamed the streets alone finally found a happy home when some kind-hearted Buddhist nuns in Ho Chi Minh City, Vietnam adopted them. Since the pups were brought to the pagoda, they have kept a tight hold on each other, hugging each other for comfort. Even when the bigger pup looks so scared and is so small himself, he is still hugging his much smaller friend, trying to protect him.

We don't know what horrors these two babies experienced, but we can all relax now knowing that these two are safe and in loving hands! News story: Daily Mail

Even though they were rescued, these two couldn't be separated, so strong was their bond! 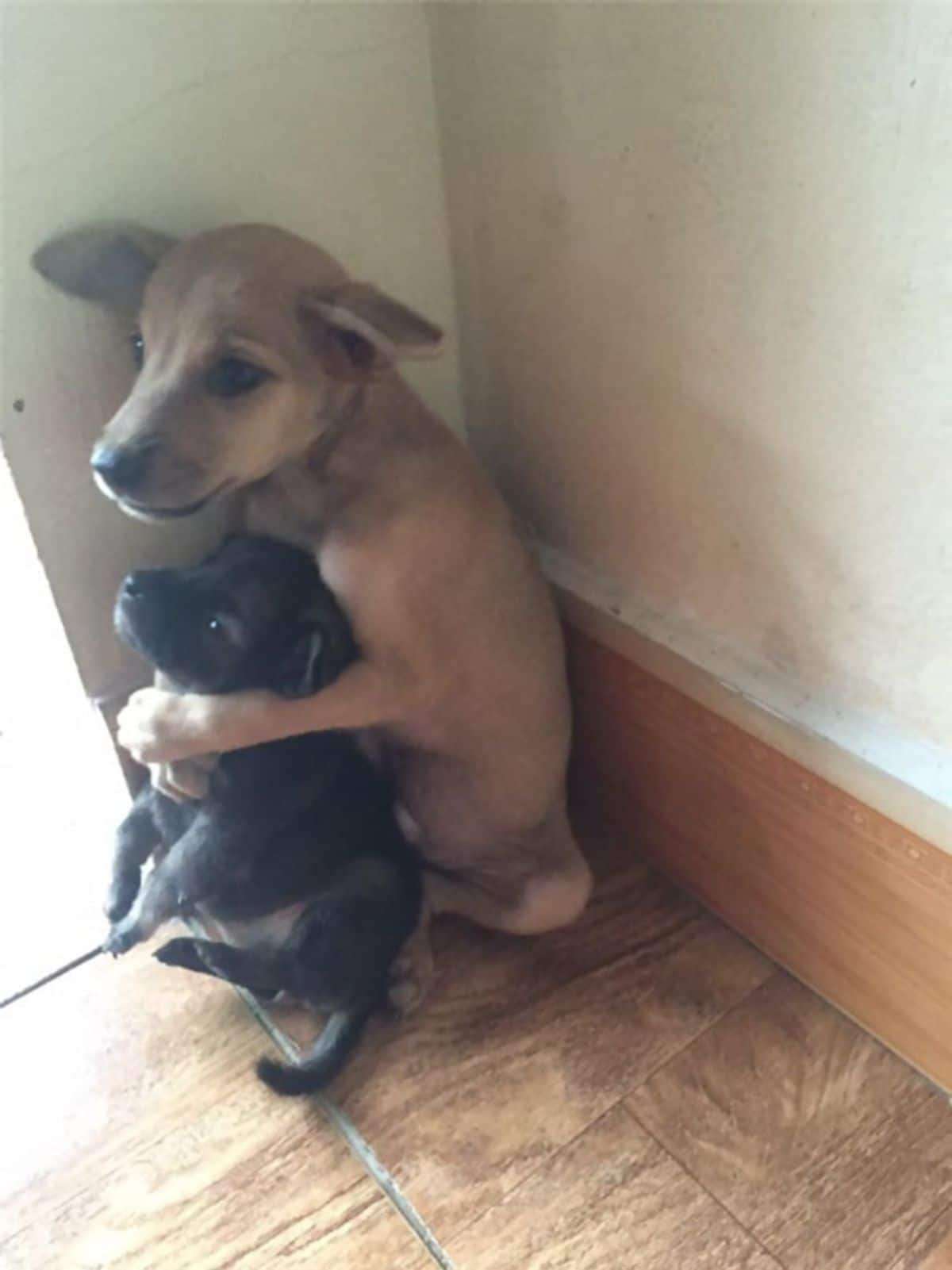 Just look at how protective the bigger puppy is being!

These two are completely devoted to each other!

The two puppies had been abandoned on the street in Ho Chi Minh City and were rescued by Buddhist nuns.

Their cuteness and sad story stole so many people's hearts and these two angels quickly went viral!

Look at how well he stands!

Have a look at this meditating pup!

Looks like being with Buddhist nuns, the pup also wanted to learn how to meditate.

How adorable are these puppies? And isn't it great to hear that two little puppies were given a second chance at life?