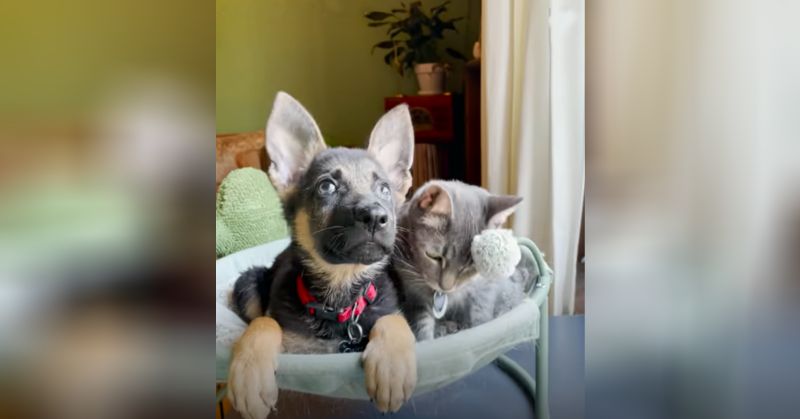 This German shepherd puppy was adopted by a family of cats and now acts like an adorable big kitten rather than a dog.

Osito the tiny potato-sized puppy was taken into the shelter by a good samaritan after losing his entire family in an unknown yet tragic situation. But fortunately for him, a loving foster took him home and bottle-fed him, determined to help him grow up. 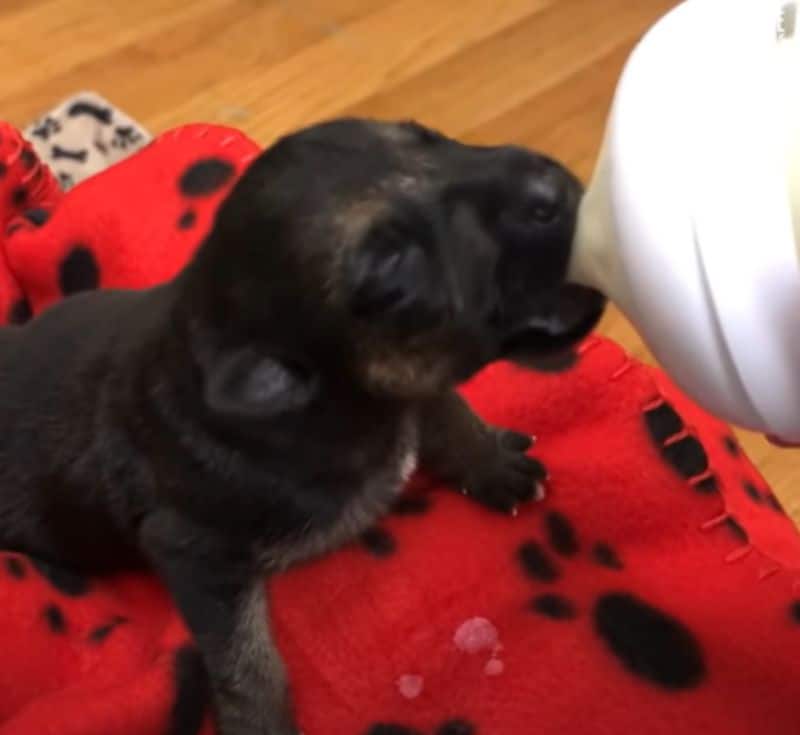 The puppy started to get bigger and explore his new home that he also shared with a family of cats, who quickly adopted him as their own. As Osito got stronger, it became clear that he was attached to his new cat friends and enjoyed their company.

The tiny, bottle-fed puppy truly began to blossom in the company of the cats and be influenced by the felines. One of the first things his foster mom noticed was the young pup adorably kneading his blanket with his paws, in the same way cats do.

He soon began to mimic the cat's playtime behavior, use their cat tree and bounce and play just like they did. It is so cute to watch him bounce and tap the cats just as if he was one of them. He even likes to play in a cardboard box and chase feather toys as most cats do. 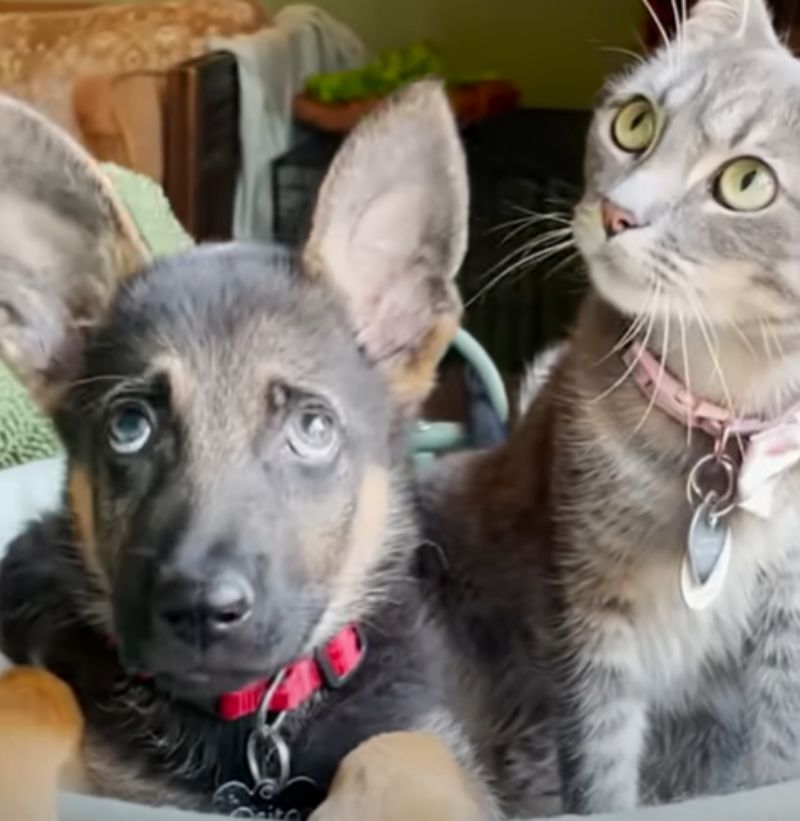 Watching him use the scratching post is hilarious to watch, too. He looks so funny as he tries to play with the ball attached to the cat tree. How many German shepherds have you seen that act just like a playful kitten? This is the first one for us!

From the beginning, the cats took to sweet Osito, which is unusual for them since they usually hiss at the dogs. But this time, they let the puppy hang out with them. He also shares their cat beds and enjoys lots of cuddles with them. He even seems to prefer playing with his cat friends more than other dogs. 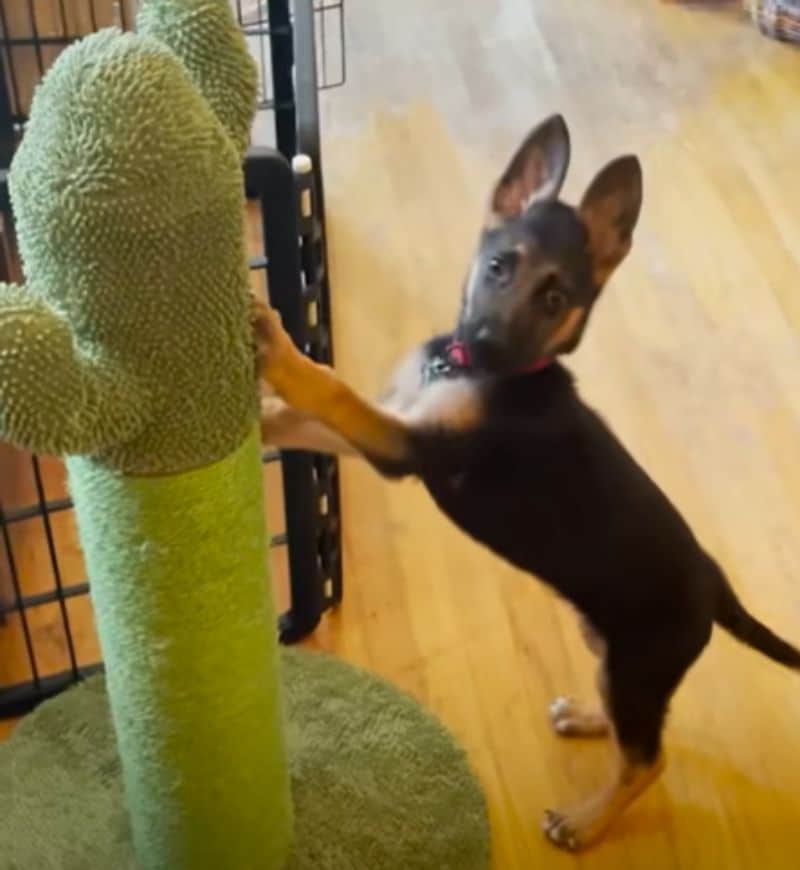 Osito’s foster mom took care of him for a few months and then got ready to place him up for adoption. But before she did, the perfect family came forward and asked for him. They had previously adopted some cats from her so the lucky pup got to be placed in a home with his very own new cat friends.

The adorable puppy truly got a happy ending and was so lucky to have a wonderful foster like Haley save his life. The special dog deserves all the happiness in the world and we’re sure he’ll have it with his new family.

Please share his sweet rescue story with your family and friends.