Say hello to Juniper. This adorable fox was rescued when she was purchased from a fur farmer and had her life spared when she was only a few weeks old. She's a friendly and happy girl.

Since being rescued, she has been raised by Jessika Coker, a Florida resident who lives in the Panhandle area. Other members of Juniper's animal family include an Australian Shepherd mix named Moose, another fox named Fig, 2 Sugar Gliders named Petunia and Peach and several reptiles.

One would expect Juniper to gravitate to Fig, the other fox. But one would be wrong! Ever since Juniper was a small kit, she's had a strong bond with Moose, the dog. They are always together. They eat, sleep and play with one another all day and night.

"Juniper is in love with Moose and spends all day trying to get as much of his attention as possible,” said Jessika. 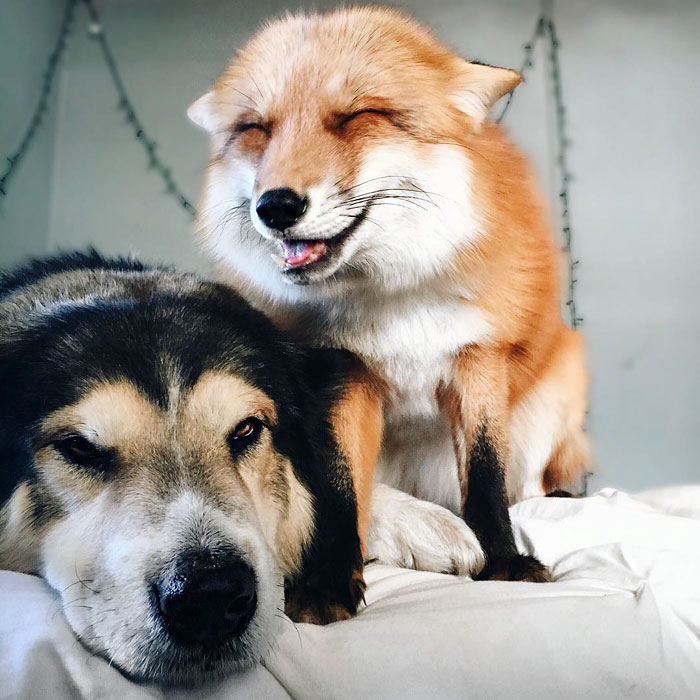 “I brought Juniper home when she was only five weeks old. Moose was raised around all kinds of animals so when she ran up to him tail wagging and crying they were instantly friends.”

Both the fox and her best friend had a rough start. Luckily they were rescued and found each other. 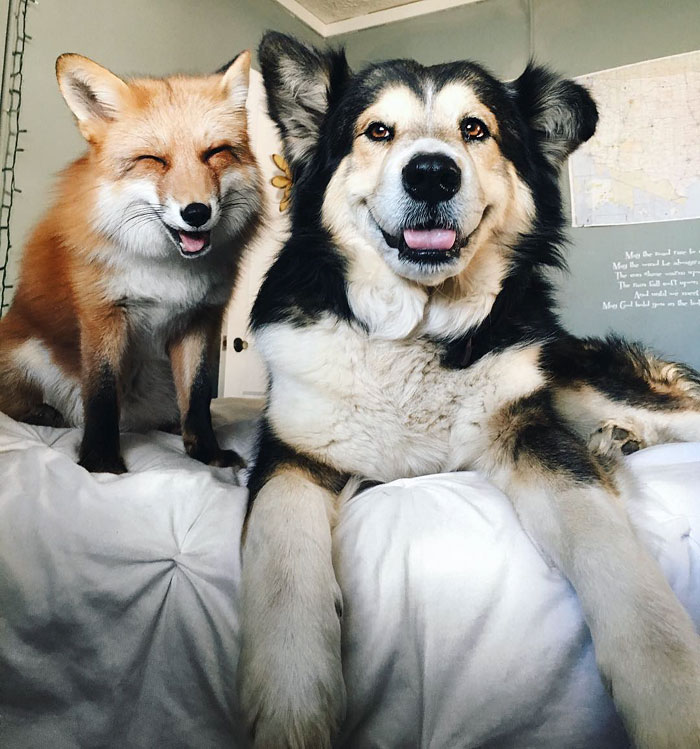 “Since Juniper was very tiny when we brought her home he immediately took the role of guardian. She’s also loved him from day,” Jessika commented.

There still are some differences between dogs and foxes that cause confusion for poor Moose. 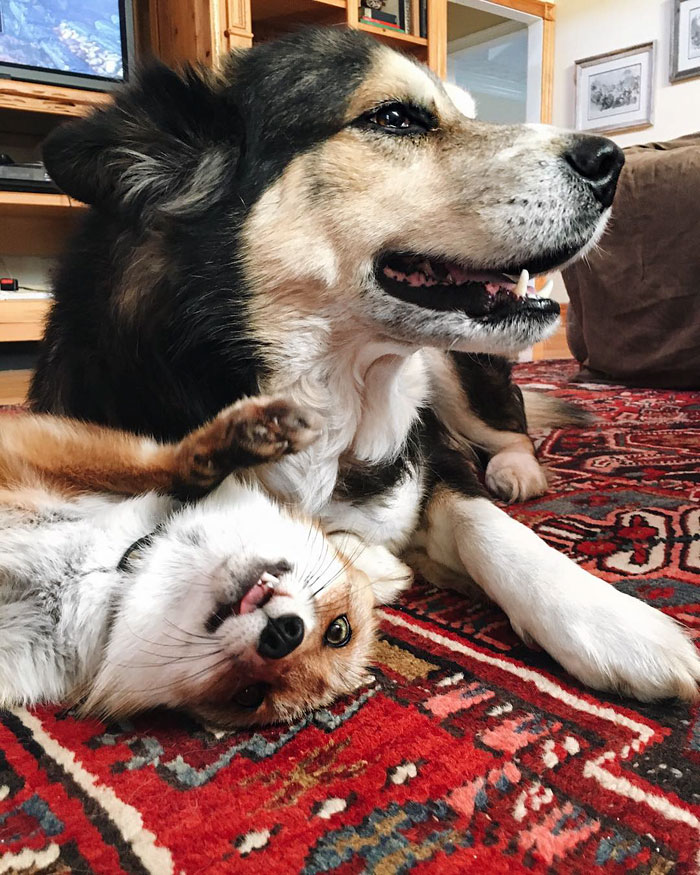 “Foxes are [lying down] on things they want to own or think is theirs. Moose gets sat on daily. I’ll often walk into the room and see Moose laying down with such a glum look on his face while Juniper is there just sitting on this head smiling,” said Jessika. 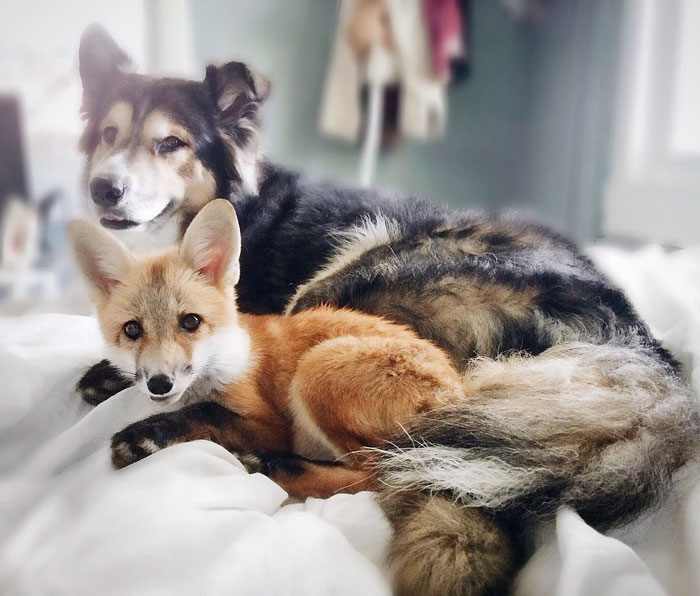 These two are just too cute for words! If you liked this story, please leave a like and share and tell us which photo was your favorite in the comments!