Puppy Found Swimming Alone In The Sea Rescued By Shocked Boater What was this puppy doing in the middle of the sea?

Lost and alone, a small white puppy was seen by boaters swimming in the ocean in the Gulf of Naples.

How did the puppy get there?

A group of people enjoying a beautiful day on the gulf were not expecting to see an adorable puppy desperately swim toward their boat.

They called to the pup that bravely swims towards them.  You can see the concern on their faces as they pull the pup overboard certainly saving the dog’s life.

A kindhearted woman snuggles the puppy close as the other boaters look on.  Thankful for their kindness, the relieved puppy allows itself to be held tight. 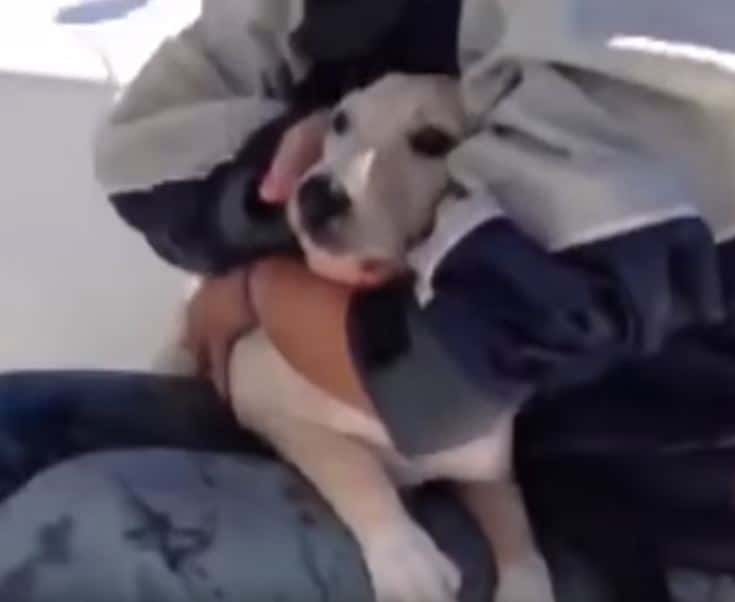 The compassion of the boaters didn’t end with their saving the dogs life.  They wanted to know how the puppy became lost at sea and learned that a pup had fallen overboard from a cruise ship.  They located the pup’s owners and all were reunited.