The Crown Prosecution Service (CPS) insisted that PC Peach, of the West Midlands Police Department, deliver a statement to them concerning an altercation the officer had previously had with a caught criminal. However, it is very likely that they would not have insisted so much, had they realized that PC Peach was actually a K9 police officer! However, when West Midlands Police Department informed the CPS of PC Peach having four legs and a fluffy tail, they apparently still didn’t understand, and continued to demand a statement. With no other choice, the department decided to send them the statement they so badly needed. It read as: 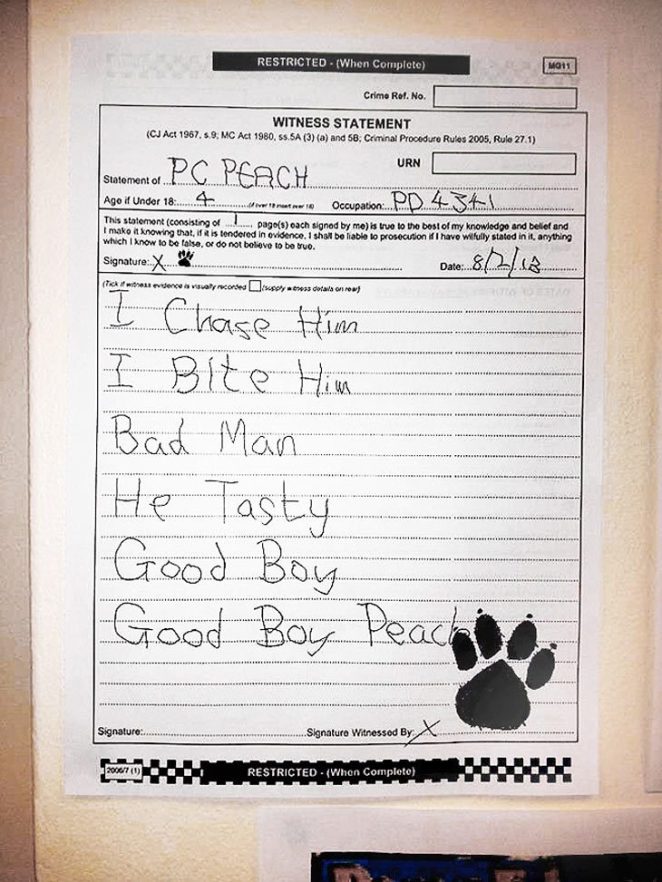