You’re probably wondering how a German shepherd could become 50 pounds overweight. In Tony’s case, there are no answers. He was found as a stray and taken to the Sacramento Animal Shelter, where he was thankfully rescued. 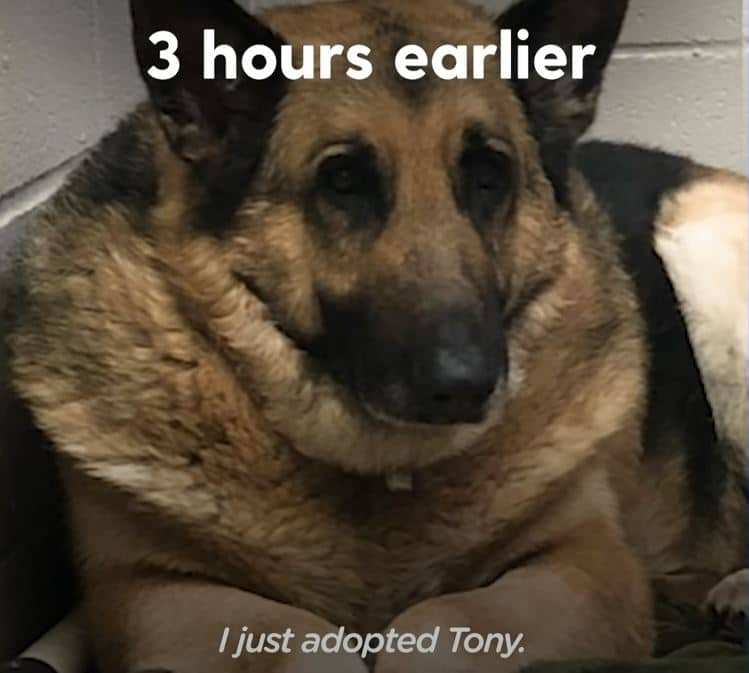 It appeared that, for the first time in his life, Tony found a loving home. Saved by animal rescue advocate, Lee Asher, Tony joined him and his pack of 8 other dogs. On his first day in his new home, Tony had zero confidence and didn’t know how to receive love.

Lee Asher was devoted to Tony from the first time he saw the sweet pudgy pup and was determined to not only show him what a family is, but to help him lose weight and become the fit German shepherd he was born to be. He also wanted to take him on the road to bring awareness about animal rescue. 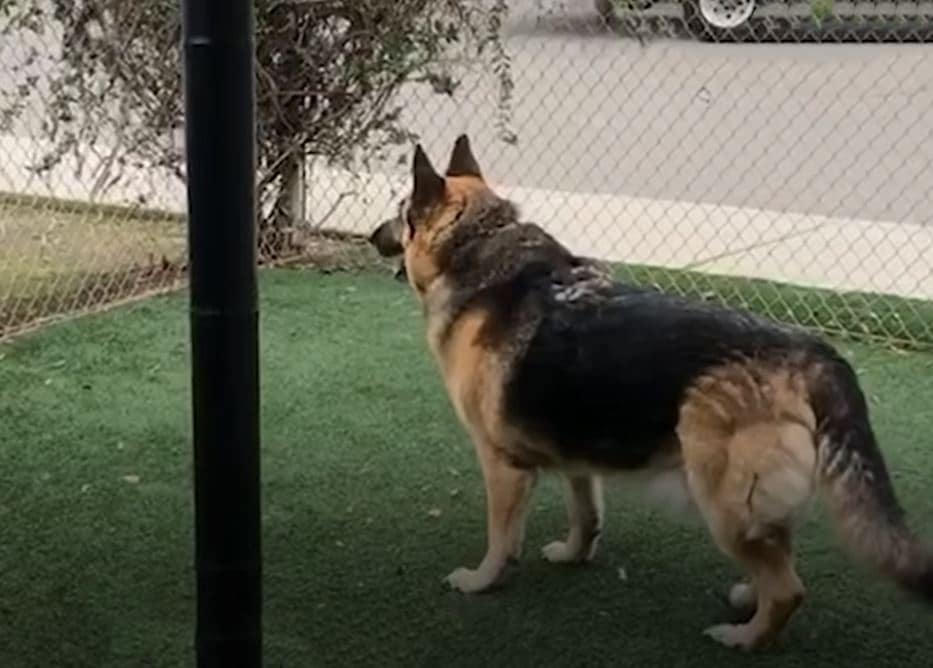 Once home, Tony was a sad sight. He was unable to climb stairs, tried to hide, and lacked the coordination to catch a treat. He needed to lose 50 pounds but even more important, he needed to learn what being part of a family was. 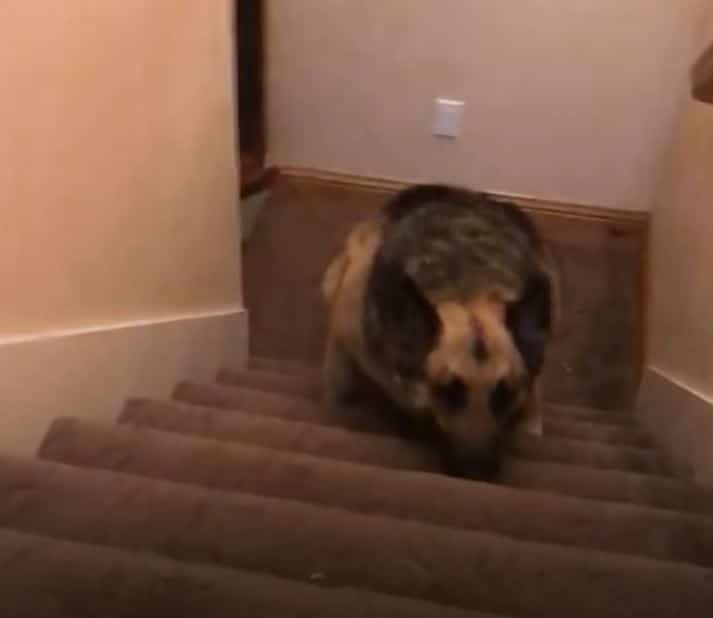 At Tony’s first vet visit, he weighed in at 148 pounds. Obese for a German shepherd, the weight put him at risk for hip and joint injuries, heart problems, and increased his risk of cancer. Tony would need to lose weight, and he would with the help of Lee and the pack.

Lee was determined to “smother him with love,” and began to bond with Tony. He encouraged and motivated him to be active and play with the other dogs. Two Chihuahuas took a special liking to Tony and soon the three of them were buds. 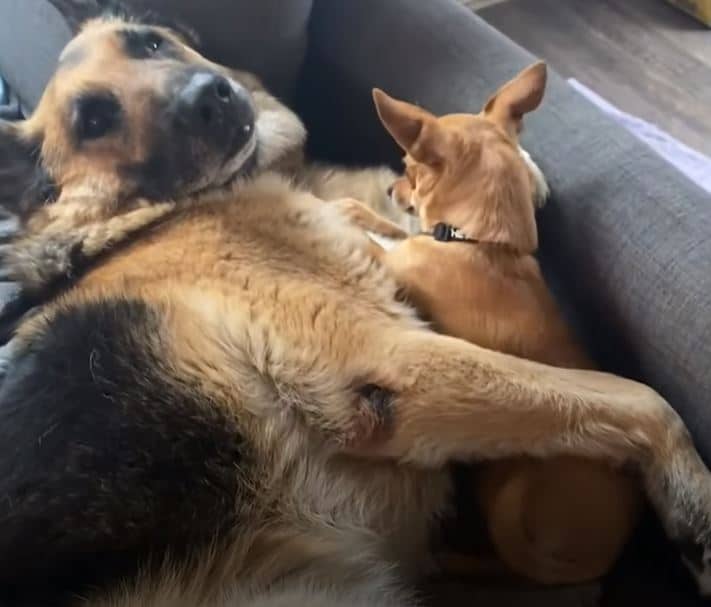 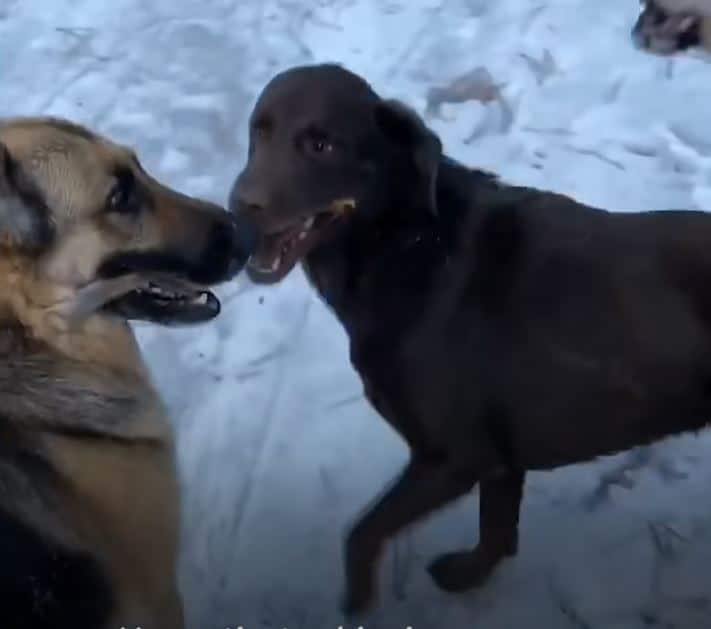 As each day passed, Tony became a true part of the pack and began to play outdoors with them, trying to keep up as best he could. The weight began to melt off and he gained strength and confidence. He even got a girlfriend! 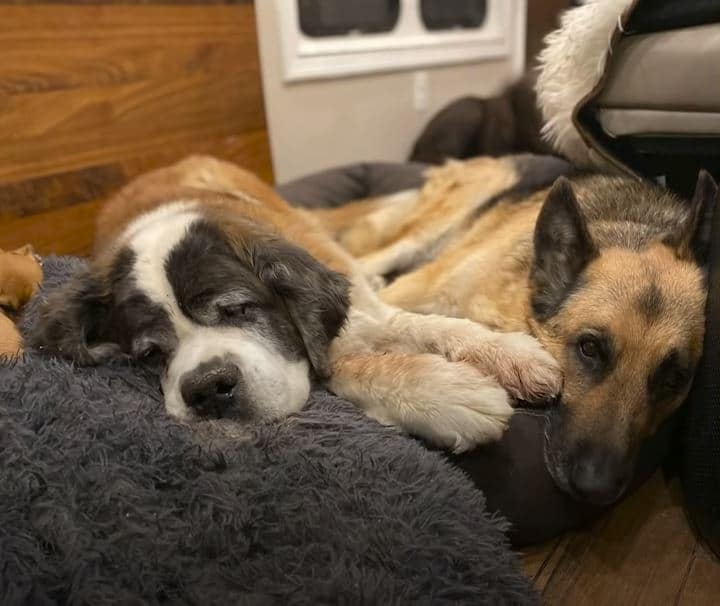 Finally, the day came Tony was ready to hit the road with the rest of the dogs. On his adventure, he was able to keep up with his friends and even lost his last two pounds and ran across the Brooklyn Bridge, bringing him to his goal weight of 100 pounds!

Tony truly is an inspiration and is now living his best life. Please share his amazing story with your family and friends.