The incident began when Randy Martinez, a 23-year-old man who lives in Newburgh, New York, was leaving his home with a friend of his.  While sitting in the car, the friends were approached by a 31-year-old man named Tony Mann, who threatened them with a knife.

Scared and knowing his loved ones were still inside the home and not knowing Mann’s intentions, Martinez quickly called police.

“I rolled down the window and was going to tell him he can’t be on my property, and then he takes out his knife, and I’m just like, ‘Oh, God, no. What’s going to happen?’" Martinez told the Times Herald-Record. 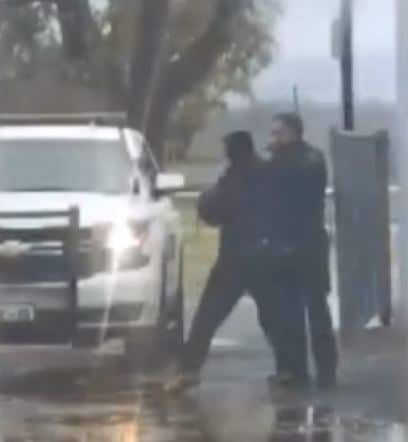 When officers arrived, Martinez began filming the scene, which quickly escalated into an altercation between Mann and Newburgh police officer, Roman Scuadroni.  The officer is seen peacefully approaching Mann obviously trying to communicate with him.  Mann sort of menacingly bounces up and down facing the officer.  Then, suddenly Mann is seen punching officer Scuadroni in the face.  The officer opens the door to his police car and lets his K-9 partner loose.

The K-9 quickly goes to work to subdue Mann and bites him in the arm.  Both officer and K-9 struggle with Mann trying to take him into custody.  Eventually, a third officer helps to get Mann under control and into handcuffs. 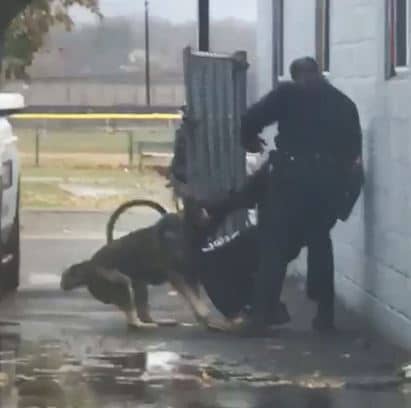 We don’t know exactly what prompted this seemingly random attack on the police officer but we give a huge shout out to the K-9 for his quick reaction in assisting his partner-handler.

Please remember the hard work and sacrifice our human and canine officers face daily as they protect us by sharing this story with your family and friends.