Dogs have an amazing ability, they always seem to be able to put a smile on our faces no matter what they are doing. This stubborn Bulldog puppy really wants to join his owner on the couch, but he needs to learn that pets aren't allowed on the furniture. He is clearly not happy about this rule! But it must be very hard to say ‘No’ to such an adorable creature with face like this. How adorable is this little guy?

Once dogs become a part of the family, they want to spend a ton of time with everyone. All they want is to get some belly rubs and to give you wet kisses which leads to following you around everywhere, even on top of the couch. However, owner says ‘No’ and the little guy refuses to obey and barks in discontent! 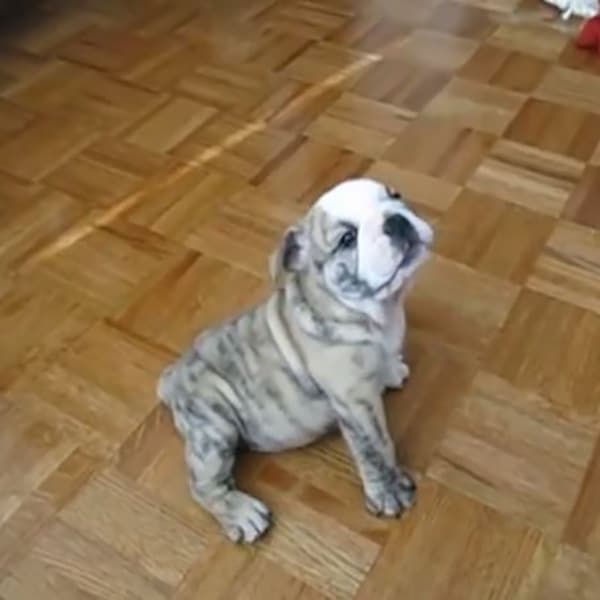 This dog-owner filmed her adorable Bulldog puppy and captured its funny attempts at barking on camera, when the little pooch wanted to join her on the couch and couldn’t understand the rules that apply in the house. After being told that he cannot hop on the furniture, the cute pup tries to argue his way up by emitting strange, funny noises, that he calls barks. 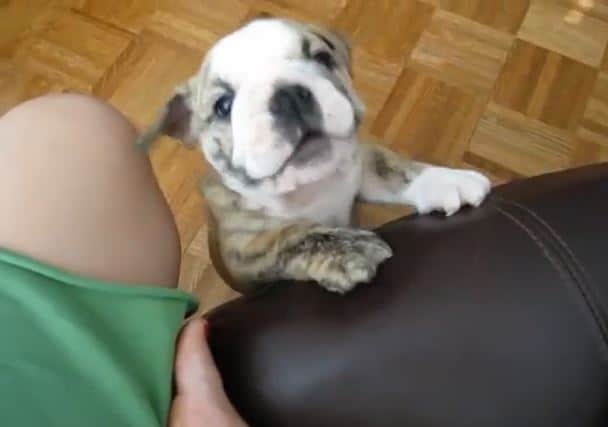 When this adorable pooch tries to bark, the only thing we hear are the cute squeaky noises similar to toy sounds. Owner cannot help but giggle when she hears the outcome of pup’s barks. 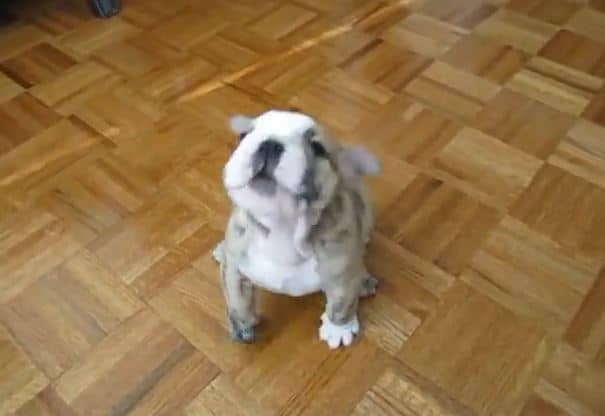 Bulldogs make great family pets. While they typically spend most of their day snoozing on the sofa, they still love of play and are very relaxed dogs. These bulldogs are intelligent and training them is easy, too! Overall, they are a sweet-natured breed that loves to snuggle.