No matter how old they get, dogs will always be adorable. They can be capable of such antics that it will leave you in stitches because you laughed so hard.

Some dog breeds do this thing with their heads - they move it side to side, as if they are attempting to understand what you are doing or saying to them and it is one of the most adorable things to watch. Both Huskies and German Shepherds are known to exhibit this kind of behavior and we are loving every second of it! 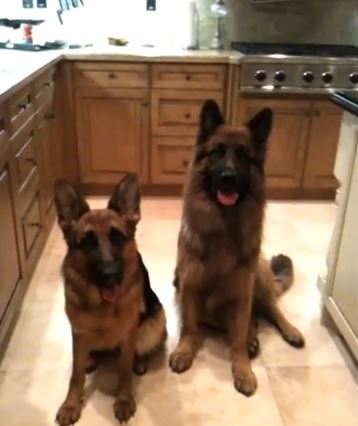 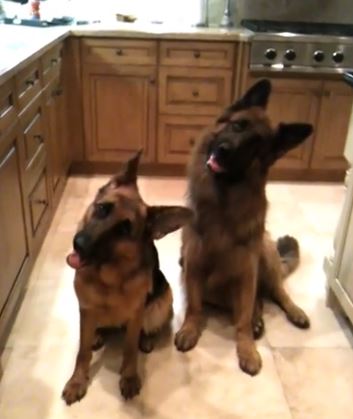 Then she asks if they were thinking about eating, but they just ate, so they will have to wait for the next mealtime. The two brothers toss their heads so much at this point, it is almost as if they are saying “No, we didn’t”. 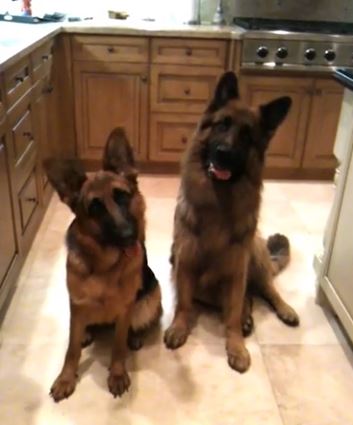 Can these two get any more adorable? We could watch them turn heads for hours and not get bored!