Not one to be second best, this determined doodle not only catches up to the leader of the pack, she wins the race!

On April 17th, in Logan Utah, athletes from Northern Utah gathered to compete to qualify for the Utah State meet at the Grizzly Invitational. 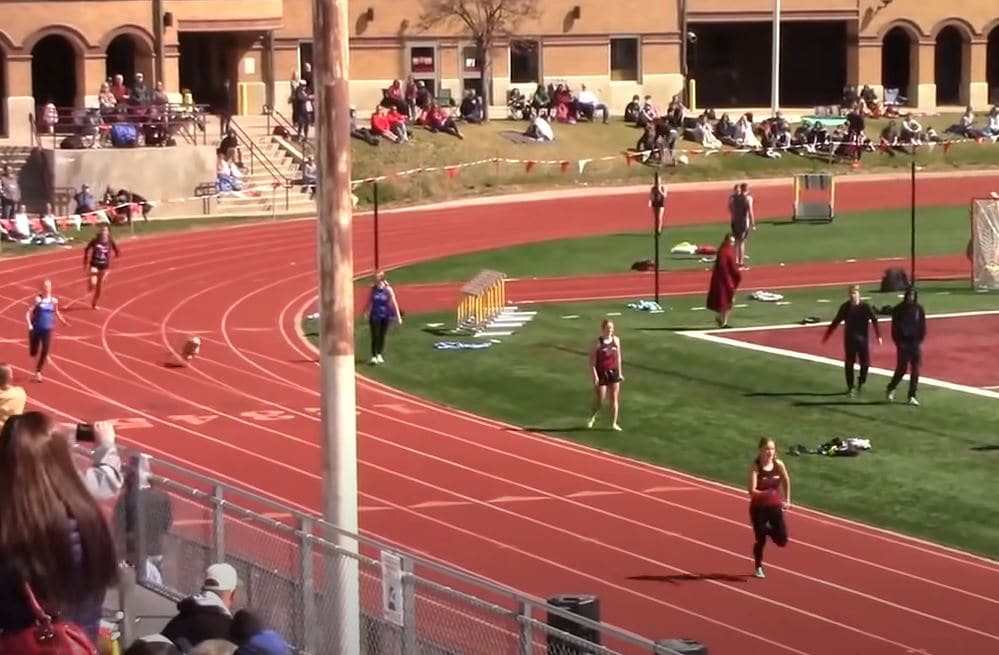 The athletes from Preston (ID) and Jordan (UT) were speeding down the track during The Girls 4x200m when suddenly the race took an unexpected turn.

Logan’s senior runner, Gracie Laney, was in the lead when a mini golden doodle named Holly sped onto the track, quickly overtaking Laney. Laney could hear footsteps getting closer as she sped along so she quickened her pace. 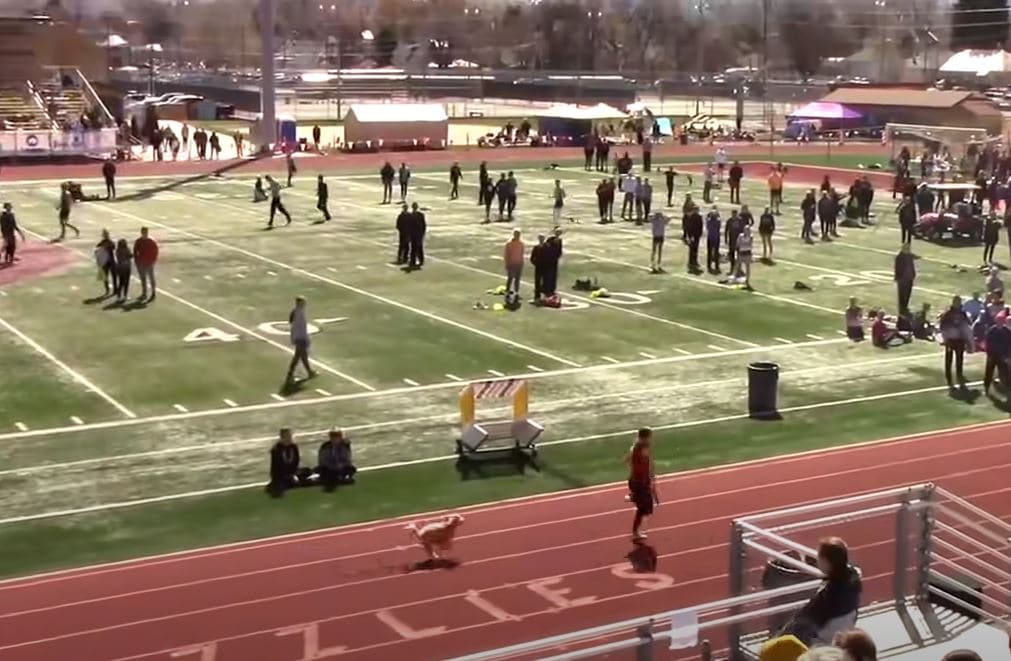 Having no idea that there was a mini blazing doodle gaining on her, Laney concentrated on winning the race. Then suddenly alongside her, a thrilled Holly caught up with Laney, clearly pleased with herself.

The doodle and Laney ran side-by-side for a short bit before crossing the finish line, where Holly crossed in front of Laney, nearly tripping her. The other runners then began catching up with the winners. 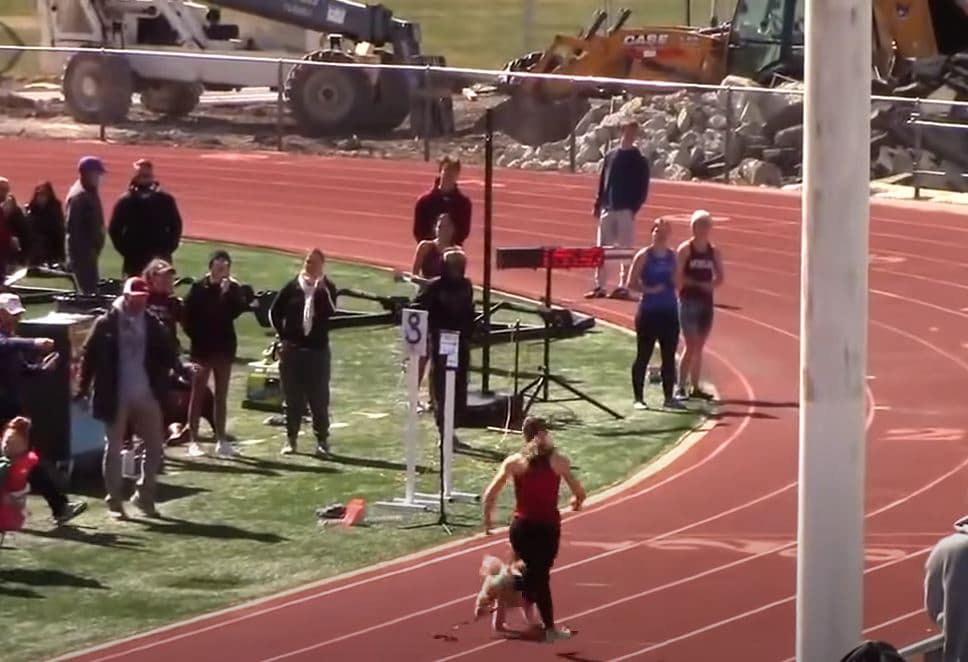 How did a mini doodle end up on the track in the first place?

Holly and her family were there to watch the race. Holly got excited and broke away from her family. She then ran onto the track at about the 20-meter mark. Not to be left behind, the four-legged runner flew down the track, overtaking the rest of the runners then caught up with Laney and overtook her to win the race, leash dragging along behind. 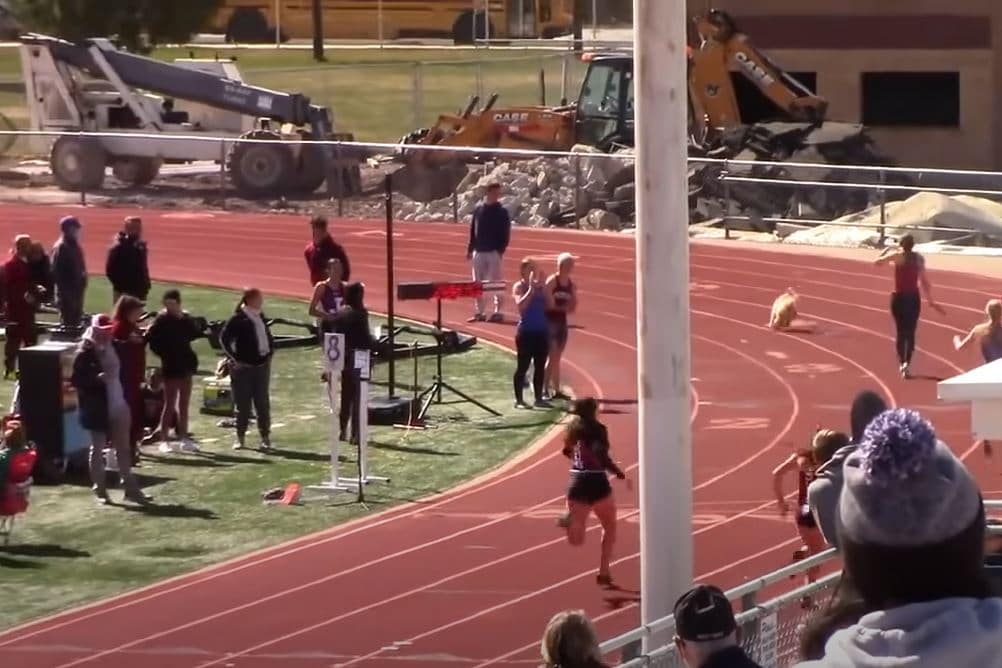 The adorable Holly did such a good job and was super pleased with herself. Perhaps it’s time to enter the cute pup into some agility or other competitive dog sports. We’re sure she’d be awesome!

Please share Holly’s big win with your family and friends.