When Gabe Castellanos, 38, woke up on the morning of his birthday, he had no idea that by the end of the day, he would be heralded as a hero in the media but that is exactly what happened.

Gabe was enjoying his outdoor birthday party near New York’s East River when a commotion from the water garnered his attention.  He looked toward the noise and realized that a black and white dog was struggling to stay afloat in the water. 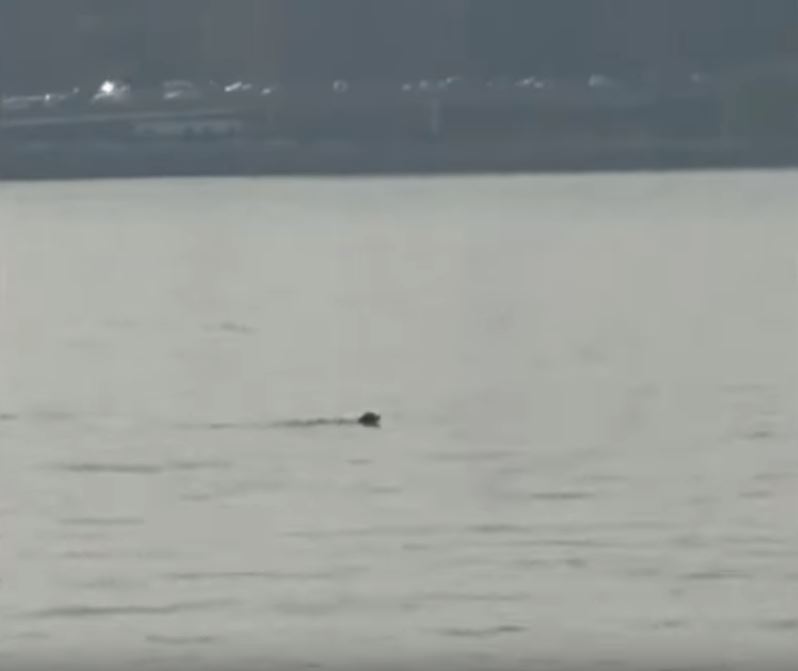 While horrified onlookers watched the poor dog struggle, Gabe sprung into action.  He quickly headed toward the pier, shed his pants down to his underwear, and then put on a life jacket before jumping into the water. 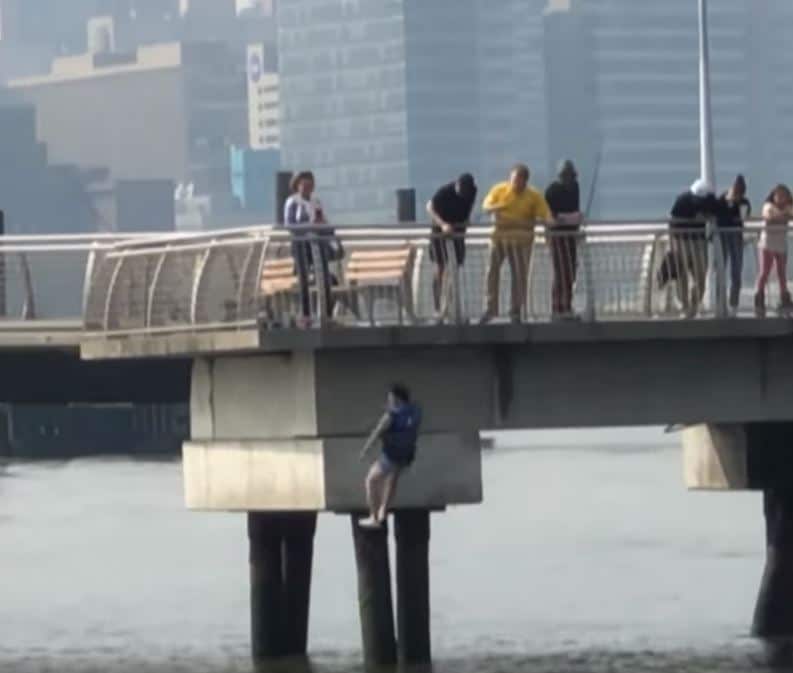 He swam to the frightened dog and tried to grab her but when he did; she quickly turned and bit his face and hand.  Ignoring his own blood and pain, he purposefully continued to push the dog until reaching the safety of the shore. 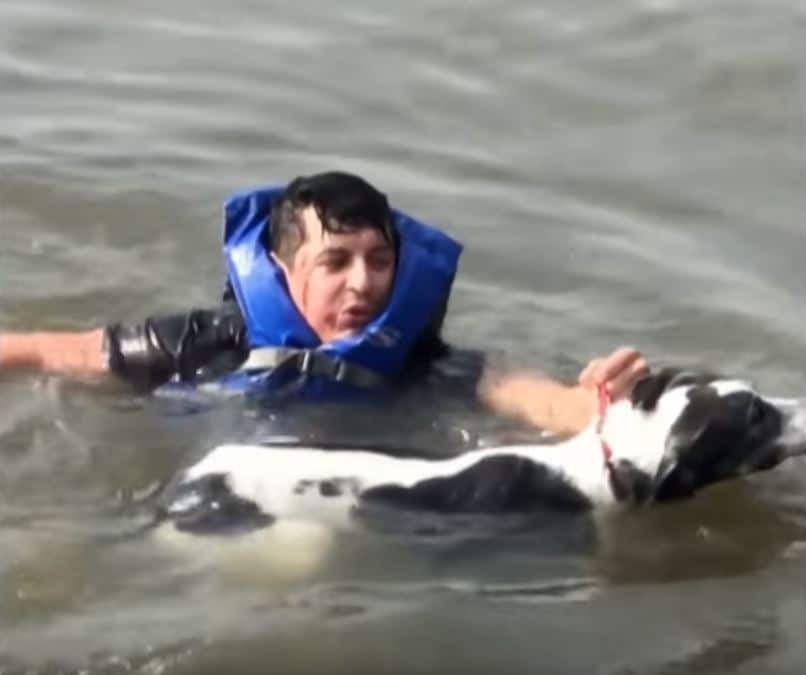 Onlookers cheered the two on and a helicopter is seen hovering above monitoring the dog rescue.  Once ashore, the dog was eventually reunited with her owner and the back story of her terrible and eventful day came out.

Apparently the dog, whose name is Harper, escaped from her dog walker who was hit by a car.  No one knows how she ended up in the river but she did and thankfully due to the bravery of Gabe, was saved from nearly drowning. 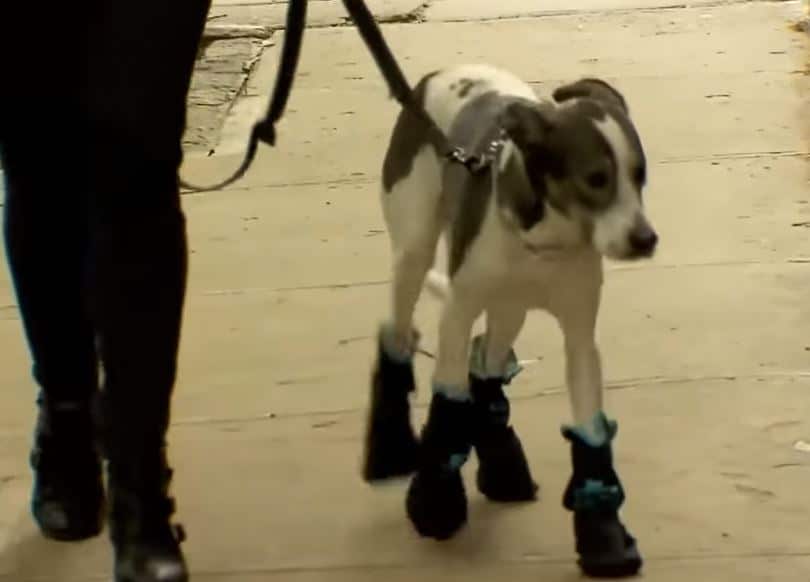 Gabe attributes his ability to save the dog to his ocean survival skills he learned in college.  Even then, he did not escape injury.  He has a bite on his hand, face, and the dog knocked him in the teeth so he now is undergoing dental repair. 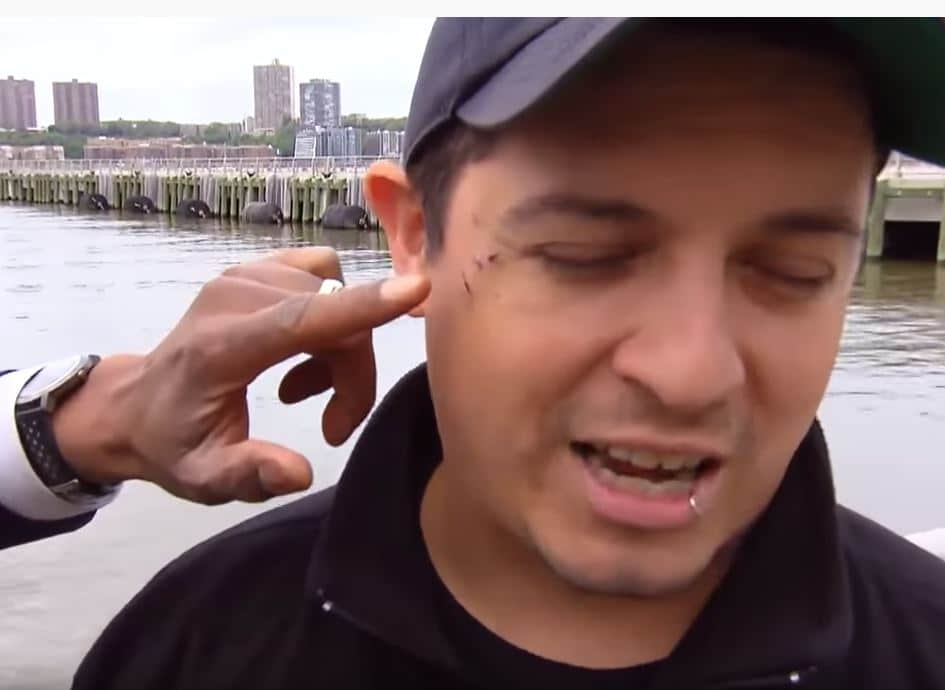 We’re sorry Gabe got hurt but so happy that Harper is okay.  Her owner is very grateful for all Gabe did that day and we’re sure that Harper is, too.