Losing a dog is a terrifying experience.  You can’t stop worrying or rest for fear something terrible has happened to your beloved pet.  Fortunately, many lost dog stories have happy endings but this one is different because the ending is not only happy, it’s funny!

The Krier family lives in Kansas and their home is surrounded by open fields.  The fields are very enticing for any dog, but especially so for an energetic Labrador retriever. 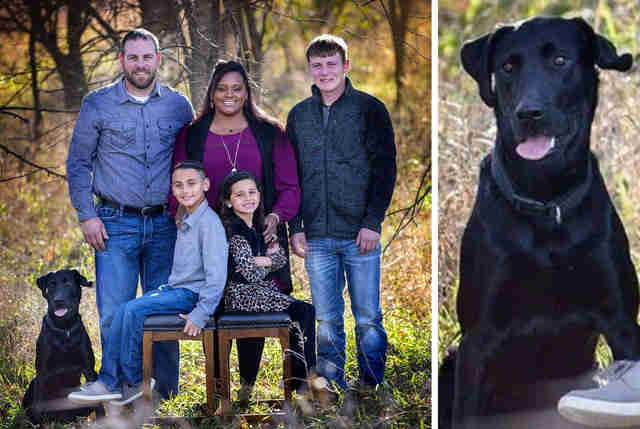 According to Laura Krier, one day their black lab named Bo went missing and by nightfall had not returned.  Of course, the Krier’s were worried and began looking for Bo.

Apparently the Krier’s neighbors also kept an eye out because the next day they got a call that Bo was spotted running around in a field six long miles from their home.

Kyle Krier immediately went to fetch Bo and was ecstatic that he had found him safe and sound.  He was also surprised when he saw that Bo was not alone.

He called to Bo, who came running through an open field toward him, accompanied by another dog and in close pursuit was a goat.  All three jumped into his truck for a ride home just like it was the most natural thing for them to do.

It turned out that the goat’s name was Ozzy and the dog’s name was Libby.  Both belonged to their neighbors, Chris and Shawna Huggans so Kyle took all three of the amigos home. 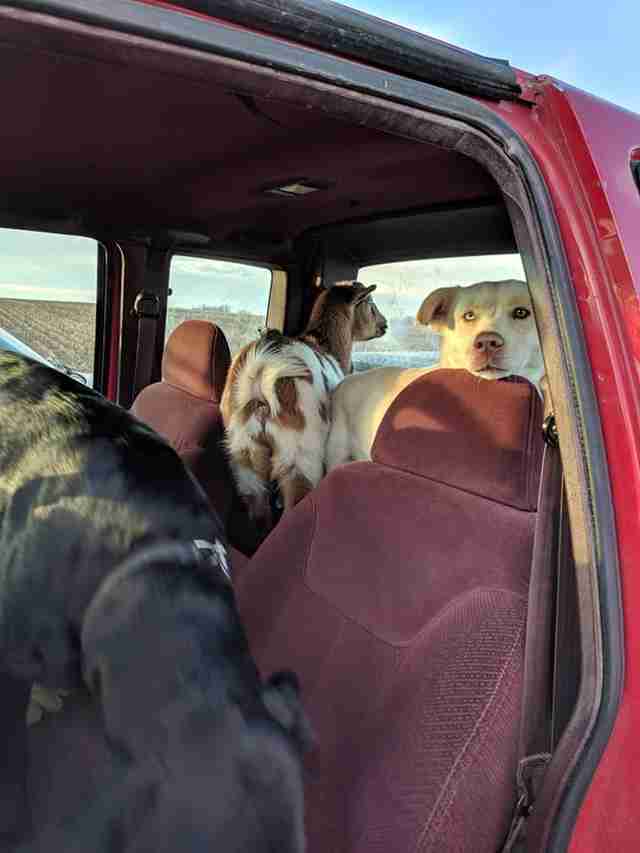 They certainly gave the neighbors a funny story to share and Kyle was lucky enough to video it so we all could laugh over this cute story.  Please share this with your family and friends.