A widow who grew up on a farm with dogs has found heart-warming companionship with her neighbor's very fluffy new puppy.

When Sally Rewehooeern moved to the United States from her hometown in Holland in 1953, she was hoping for a better life and she did, in fact, find it. But now, at 92 years of age, Sally has been living alone for 27 years, ever since her husband died in 1990. She’s been lonely, especially since her kids are scattered across the country.

A family close to Sally’s in Mount Vernon, Washington recently experienced a loss of their own, when their elderly Saint Bernard dog Blizzard passed away. So, they got another pup, only to lose him too! Their new, 15-week-old pup Brody had wandered away!

Luckily, Brody ended up at Sally’s house down the street… and the widow and goofy pup have been best friends ever since. 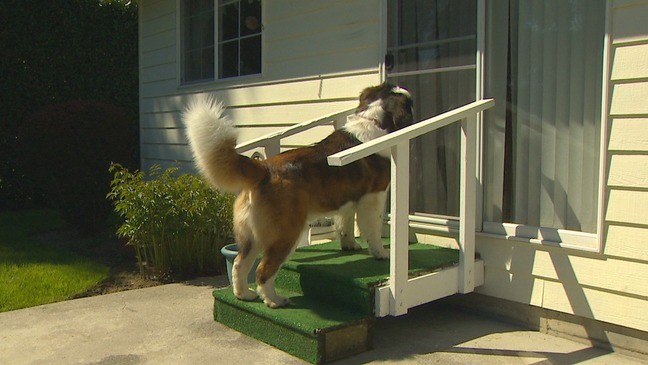 Whenever possible, Brody the Saint Bernard puppy follows Sally everywhere. His owners constantly catch him following her around the yard as she works in her garden, walking with her to the mailbox and even hopping into her car with her on a daily basis! 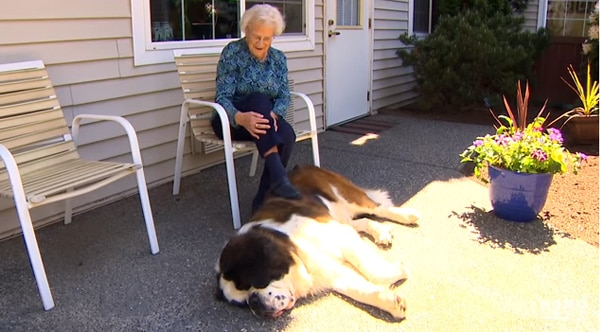 Sally, who grew up on a farm in Holland and was surrounded by dogs as a little girl, says Brody has brought her back to her roots and has raised her spirits. Now, she’s more active than ever, thanks to her furry new friend.

« Family Brings Dog To Say Goodbye To Owner In A Coma, Dog's Reaction Is Too Sweet
Dog Wants A Kitty So Bad, He Begs His Owner »