The chipmunk gets so jealous, he looks like he’s about to cry.

When Borjana befriended this tiny chipmunk, she had no idea that he’d be the jealous type.

About three years ago, Borjana was in her parents’ backyard when she saw a furry little blur running back and forth. Enthralled, she watched the tiny chipmunk. She continued watching for about a week before giving him the name, Charlie. 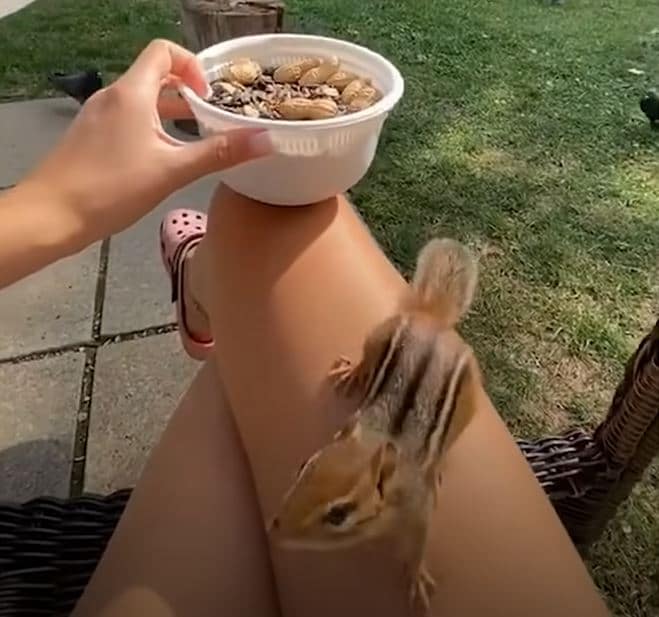 She wanted to teach Charlie his name so she began chipmunk training. How she did it was, in a cute voice, she called his name, “Charlie,” and offered him nutty treats. Soon enough, Charlie began to respond to his name and would come running each time she called.

The girl and her chipmunk are unlikely friends. The chipmunk began to trust her and she soon had him literally eating out of her hand. Now, the adorable chipmunk happily runs to her and leaps onto her palm to collect the yummy nuts she feeds him. 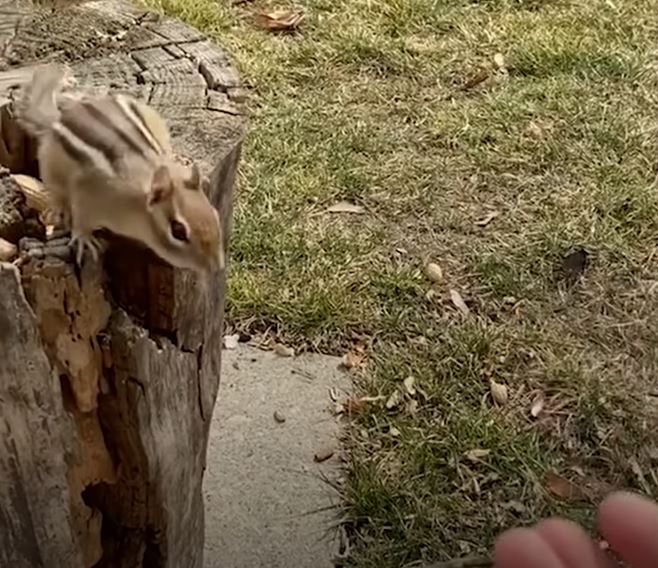 But, Charlie and Borjana have more in common than just friendship. Oddly enough, they both have a unique beauty mark on their cheek; Charlie has his on the right and Borjana has one on the left.

Despite their special friendship, there is also trouble brewing. Another chipmunk Borjana named Buddy noticed how comfortable Charlie was, and undoubtedly the treats, and decided he wanted to be friends, too. 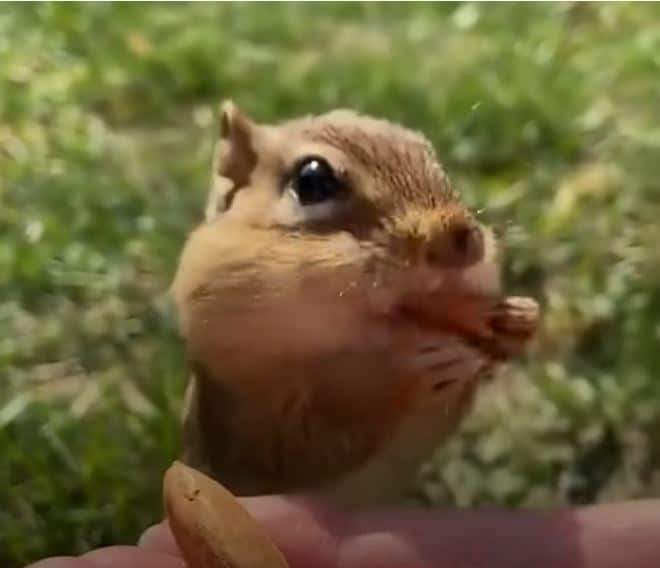 Well, the territorial Charlie is jealous of Buddy and not happy about sharing his space or his girl with another chipmunk. So, jealous in fact, that he gets so upset that he looks as if he’s about the cry and refuses to take the nuts she offers to him.

Fortunately, Charlie gets over himself and isn’t willing to give up his friend over Buddy. Soon, Charlie is back to packing his cheeks with almonds and peanuts and learning new tricks Borjana teaches him.

Who knew a chipmunk could be taught tricks? Not only does Charlie come when he’s called, he knows how to freeze, high five, and make a smiley face, all on command. Pretty impressive for a wild critter.

But the most special thing that Charlie does is just hang out beside his girl enjoying the sunshine and her company. The two of them are adorable and we hope to see much more of Charlie and Borjana.

Feel free to share this adorable video with your friends.