What does your dog do when you say, wanna go outside?” If your dog’s like most, your pup probably happily runs toward the door, ready to go. Amirite? Well, the hilarious husky in this video isn’t like most dogs.

Husky Obsessed shared this video of this adorable pup talking back to his owner. Mom says, “Do you wanna go outside? Lunch?” And the blue-eyed beauty howls back at her and it’s so funny! Obviously this dog doesn’t like being told what to do!

The sassy pup doesn’t stop his husky talk there, either. She says, “Why don’t you wanna go outside?” The response is lots of yowling and howling, funny facial expressions, and glancing around! No running toward the door, at all. 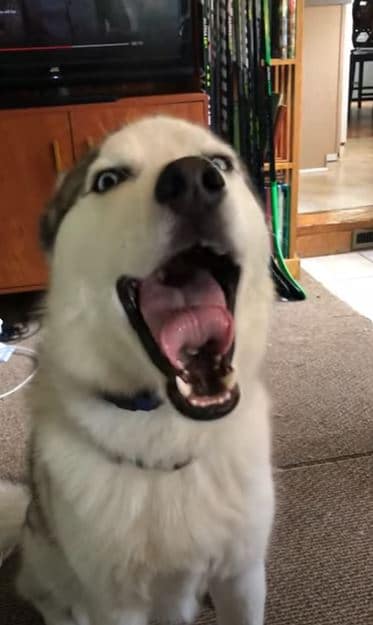 Mom then says, “Go get your lunch,” but this pup just moans and howls. Obviously not digging the idea that its mealtime. So she repeats herself, “go to your lunch….lunch,” and he howls, and howls, and howls….like a siren. The pup has personality in overdrive.

The hilarious conversation continues until mom says, “Taco,” and apparently that ends their talk because the funny guy walks off. Mom says, bye. We’re not sure if he’s decided to go get lunch, or wants to go outside, or is just shutting mom down, but it’s darn funny whatever he’s doing. 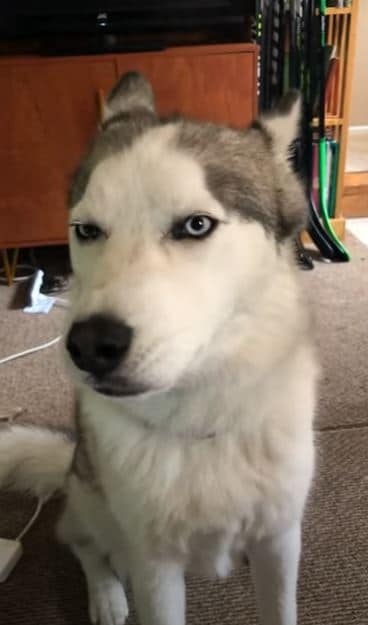 Huskies are known for being vocal and the Internet is full of their hilarious videos. This video was posted by elephantinmypyjamas on Reddit. We’re so glad she videoed it because this is one of the best husky videos we’ve seen.

If you love feisty, back talking huskies or know someone that does, please share this funny video.