Huge Wolf Hybrid And Tiny German Shepherd Puppy Are The Cutest Playmates This puppy and wolf hybrid playing is the most adorable thing! 😍

Smokey is a 127-pound Wolf hybrid. Charlie is a 10-week-old German Shepherd puppy weighing in at only 20 pounds. You would think the wolf hybrid would be too big to play safely with a tiny puppy, but you would be wrong!

Outweighed by more than 100 pounds, puppy Charlie is fearless in his roughhousing with Smokey, and Smokey is as gentle as he can be with the tiny puppy. 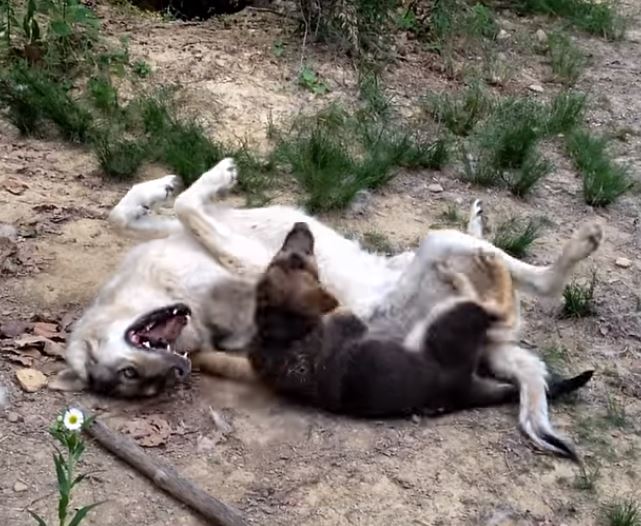 The two play together for several minutes before Charlie needs a water break. Soon, they’re back at it again, with the cutest playing you’ve ever seen!

Smokey spends most of the time on his back, letting Charlie climb on him as they gently mouth each other in puppy fight practice. He even thumps his tail a few times to show the humans how much he’s enjoying the play time. 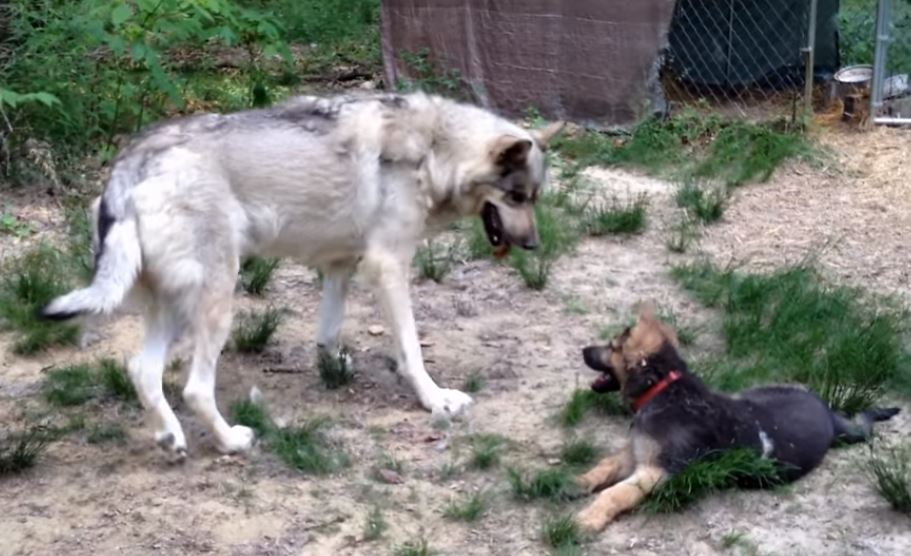 If you think Smokey and Charlie are the most adorable play pals you’ve ever seen, be sure to share this adorable video with all of your friends and family!