What would you do if a strange dog jumped in your car and hours later, still refused to leave?

This was the situation that Emily and Garrett faced one day when a homeless pit bull suddenly jumped into their truck and refused to leave no matter how hard they tried to get him back out.

The hopeful dog jumped into the passenger seat and refused to get back out of the car. As the couple tried to coax him out, he simply wagged his tail and sunk deeper into the seat, refusing to budge. 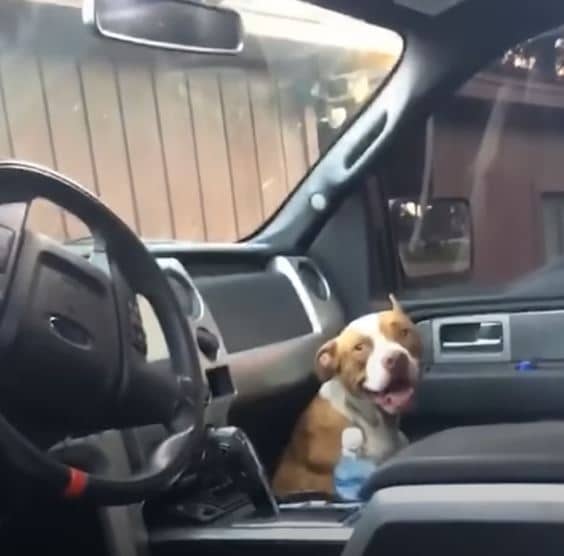 They tried to lure the dog out of their truck, even using roast beef but it soon became clear that the poor pup had no intention of leaving the safety of their truck and was hot and dehydrated. Even though he refused food, he gratefully drank water and accepted a wet blanket to soothe his hot body. 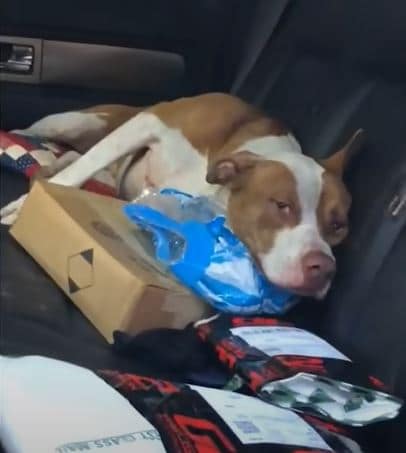 Hours later, the dog still had not left their truck so they continued to try to lure him out. They even began to get concerned that he may have been injured. Finally, many hours later, they didn’t have the heart to leave him behind so they took him to their home. 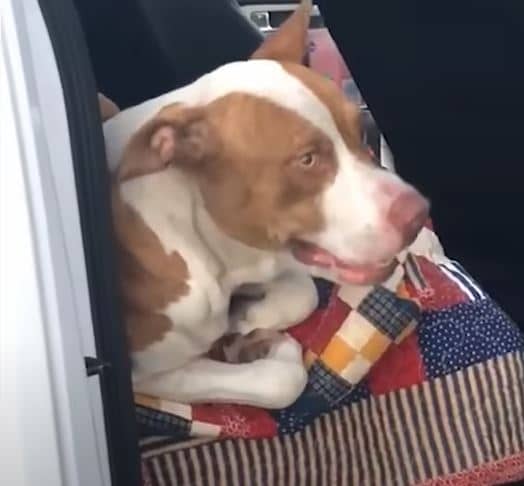 The grateful dog was super sweet and was happy to follow them into their house. He loved to cuddle and made himself at home. It was clear he didn’t have one and needed a family to love and care for him. Just happened, he chose the perfect one that day.

They fell hopelessly in love with him and although they didn’t plan to adopt a dog that day, that is exactly what happened. They named him Buddy and of course began to spoil him with lots of love.

No one knows what circumstances led Buddy to seek shelter in their truck or how he became homeless but fate stepped in that day and provided him with the perfect family. As they got to know him, they cherished him more and more.

Now he’s living the life he deserves, eating lots of yummy treats, playing with his fun toys, enjoying walks, and even swimming in a pond. The sweet pup has a lot of love to give and is now so happy. You can see more of Buddy on Instagram!

We love happy endings, too. Please share this sweet rescue story with all your friends.