Every once in a while a story comes along that will truly touch your heart.  We all can relate to loss and can empathize with Spencer the dog who lost his best fur friend of 10 years and was drowning in his grief. 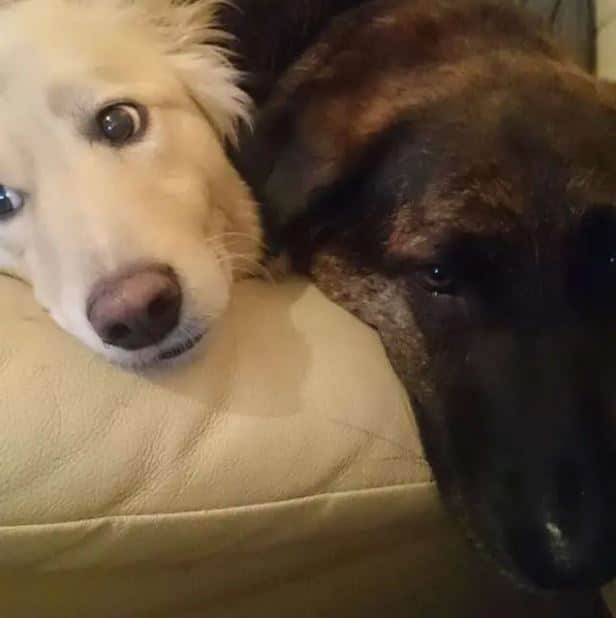 The two dogs, Spencer and Rocky, were best friends for more than 10 years.  The two were inseparable.  They did everything together.  They played, followed each other around, and even slept together at night.  According to their dad:

“Rocky and Spencer slept in the same bed, ate from the same bowl and always walked together when they went out.” 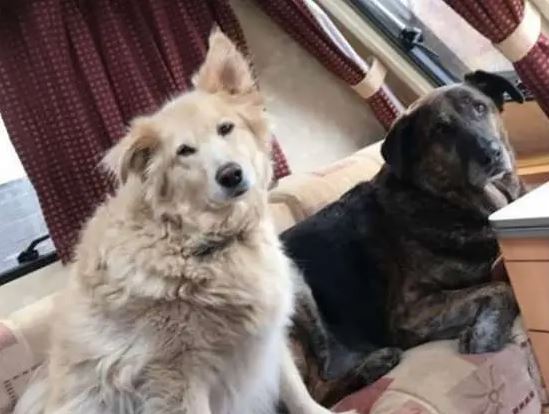 One day Rocky (the blond dog) was taken to the vet because he was not feeling well.  While there, the family received news that every pet owner fears-Rocky had a cancerous tumor.

The vet explained that the tumor was inoperable and that Rocky was in great pain.  With no possibility of treatment, the family chose to end their loved one’s suffering and humanely euthanized their beloved pet. 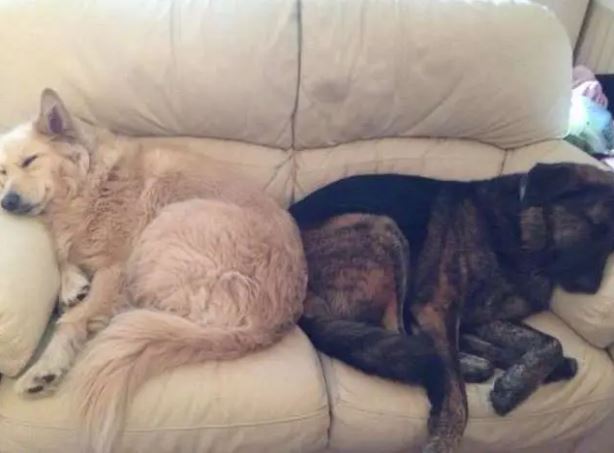 The devastated family returned home to Spencer who immediately began looking for Rocky.  He simply could not understand where his best friend had gone.  As the family grieved for their dog, Spencer got very depressed and it made the sad situation that much sadder.

“Since Rocky passed, Spencer has been getting up in the night to wander the house looking for his brother. And then he starts crying because he can’t find him.” 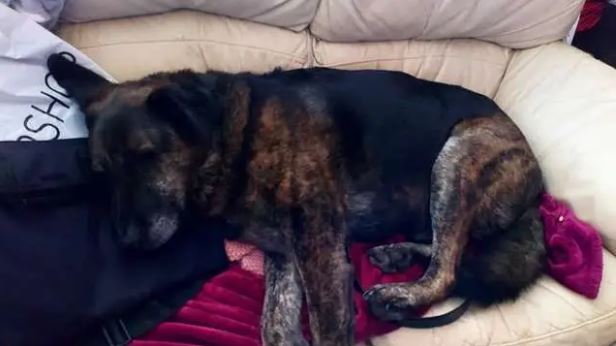 The family had Rocky cremated and placed the ashes in Spencer’s bed thinking it might provide comfort and closure but that was not the case.  Not knowing what else to do, Spencer’s dad came up with an idea.

He ordered Spencer a pillow with a photo of Rocky’s smiling face on it. From the day the pillow arrived, to everyone’s relief, the sad and lonely pup took comfort in it and cuddled with it every day. 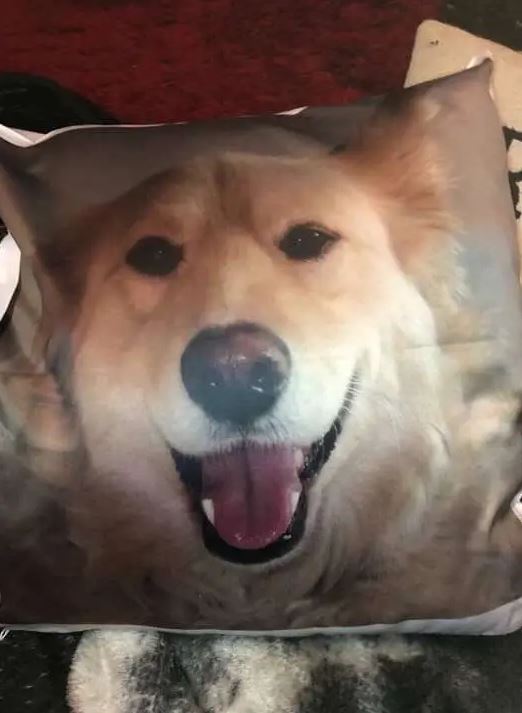 “Spencer has been cuddling into the pillow since it arrived, carrying it from the sofa to his own bed,” Fisher said. “He seems a lot more settled now he’s got something to cuddle into.” 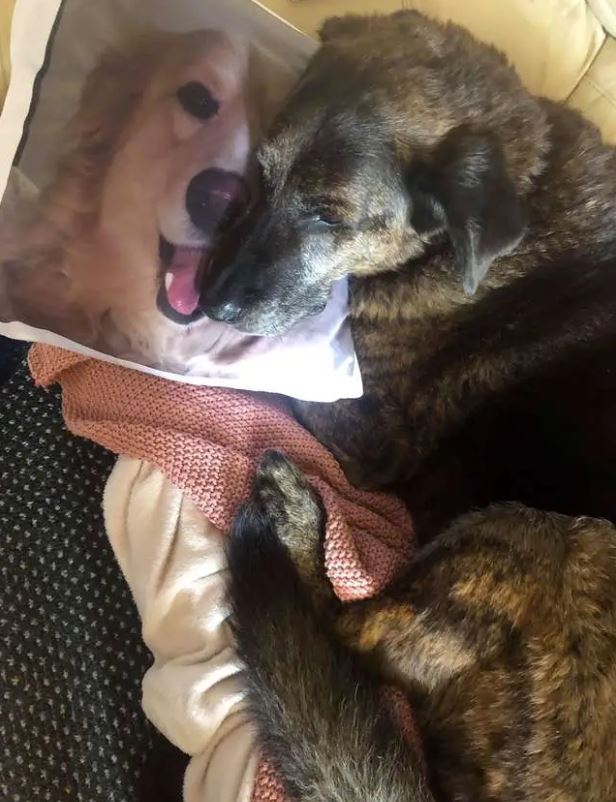 While Spencer will most likely miss his friend for the rest of his days, it’s beautiful to see that he has something to help him through his grieving process.  It’s important to remember that we all process loss in different ways, including our pets.  Spencer is lucky to have a family that cares so much about his well-being.

“I don’t think Spencer will ever get over Rocky’s passing, but I hope he’s able to learn to go on without him,” Fisher said.

Please share Spencer’s story with your family and friends.