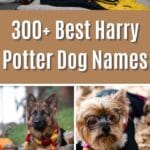 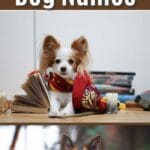 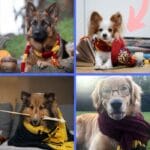 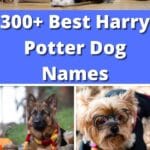 What would you name your dog after Harry Potter? The famous wizard has inspired countless pet owners to give their pets some magical names.

Harry Potter fans are known for their love of dogs. And now they can add another member to their family thanks to these adorable names.

The Harry Potter series has become a cultural phenomenon over the years. From the books to the movies to the theme parks, JK Rowling’s magical stories have inspired millions of children around the world.

Now that the final movie is out, it’s time to start thinking about naming your next puppy. There are plenty of cute Harry Potter names to choose from. Here are some of our favorites.

A list of the most popular female names in Harry Potter, sorted by popularity with meaning.

Male names for dogs and puppies from the Harry Potter universe with meaning.

Another great name idea inspired by the Harry Potter universe.

Names inspired by food and treats

Big variety of special creatures in Harry Potter books and movies waiting for you to pick one up!

Inspired by Potions and Spells

Fantastic Beasts and Where to Find Them inspired dog names

We can't forget about the new book and movie series from the Harry Potter universe. Enjoy!

We hope, this article was helpful to you and your pup. Please, check out our other great names ideas bellow!