Sometimes fate steps in and causes a dog to cross our path knowing what is best for us better than we do.  When that happens, it’s something to smile about.  This is the story of one such happy rescue.

Jon Bozak had a dog and was not looking for another one.  However, while on his way to work one morning, he came across a pit bull puppy that was cruelly dumped on the side of the road near a school yard in New York. 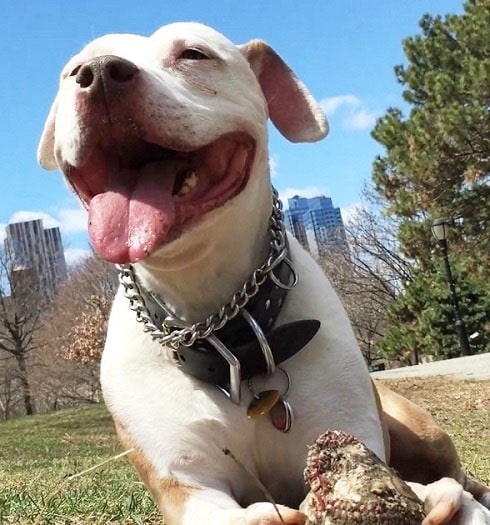 Jon stopped and picked up the little pit bull and began searching for its owners.  For an entire month, he posted flyers and spread the word that he had found the puppy in hopes that someone was searching for it.  All the while Jon looked, the dog smiled by his side as if he knew a secret that Jon was about to discover. 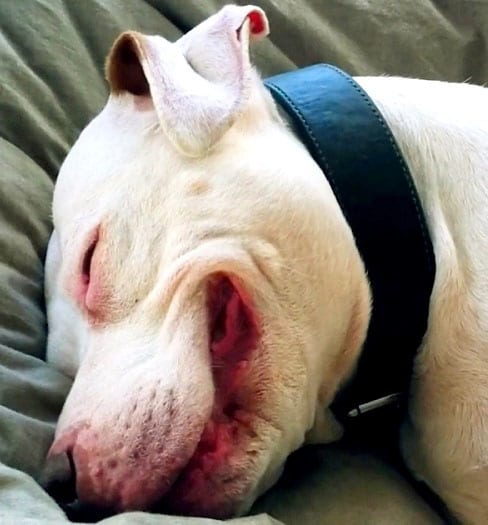 By the end of a month, no one turned up to claim the dog so Jon named him Brinks.  By then Jon had fallen in love with Brinks and the feeling was mutual if the giant smile plastered on the dog’s face was any indication. 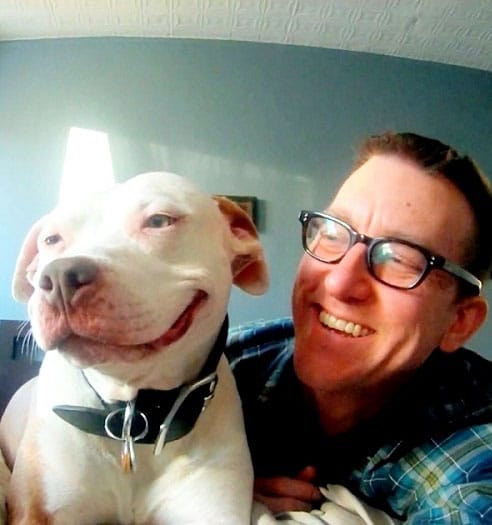 From the moment Jon found Brinks, the little white and brown dog did not stop smiling.  He wore his big goofy grin everywhere and shared it with the world.  For the past twelve years, Jon and Brinks have been together.

The only time Brinks doesn’t smile, according to Jon, is when Jon tells a lame joke.  Just take a look at this video and you’ll understand why.  Truth is, Brinks looks a little embarrassed for his owner and we can understand why. 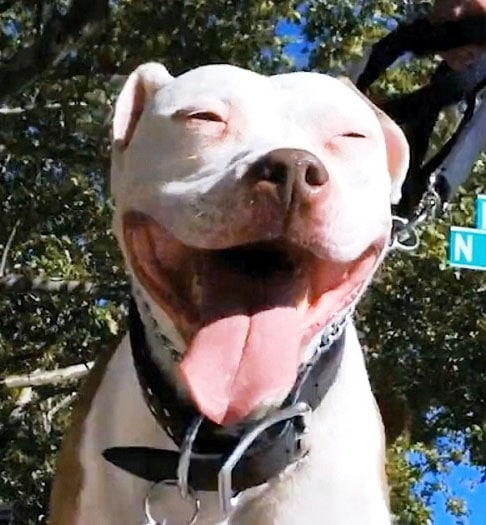 Brinks certainly has a great personality and the smile to match it. Fate knew what it was doing when it brought these two best friends together twelve years ago.  Please share Brink’s contagious smile with your family and friends.