An adorable special needs dog named Josh has become a super star. He’s opened hearts and minds by teaching people how to embrace life and be happy despite their challenges.

Josh was one of three goldendoodle puppies surrendered to a rescue due to his physical disabilities. The rescue reached out for foster help and that’s when Josh’s amazing future was set into motion. He was an epic foster failure and is now touching hearts everywhere he goes. 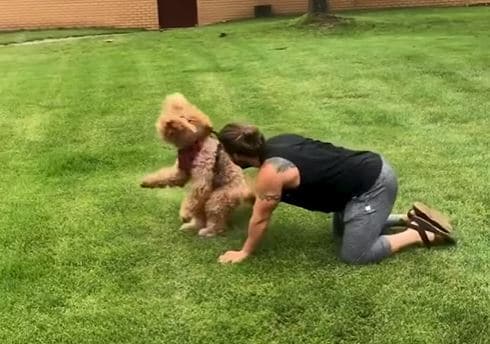 Josh has cerebellum hypoplasia, which is neurological condition in which part of the brain called the cerebellum is smaller than usual or not completely developed. It’s similar to muscular dystrophy and causes John to have motor function problems and walk unsteady.

Because of it, Josh uses a wheelchair but also walks on his own. He has his own special walking style that almost looks like a dance when he walks. When Josh isn’t in his wheelchair or walking on his own, he loves being pulled in his wagon by his Great Pyrenees friend named George. 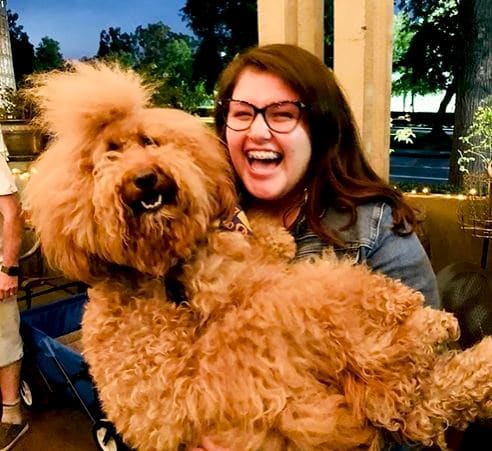 Despite all his physical challenges, Josh embraces life and is very happy. He loves to adventure and play, whether it’s at the beach, frolicking in the snow, or visiting his doggy friends at the park. In the beginning, some less than supportive people would comment on his Instagram that Josh didn’t have much to offer the world. Fortunately, his foster mom knew differently and was 100% committed to him.

Mom launched the Be Like Josh Foundation, which is “a nonprofit organization dedicated to celebrating humans and animals with special needs.” The foundation helps rescue, rehabilitate, and re-home dogs with special abilities. They visit schools “to promote kindness and inclusion.” Through their work, they “share the message that all animals and people, wherever they are on the spectrum of abilities, are worthy of being seen, loved and appreciated.” 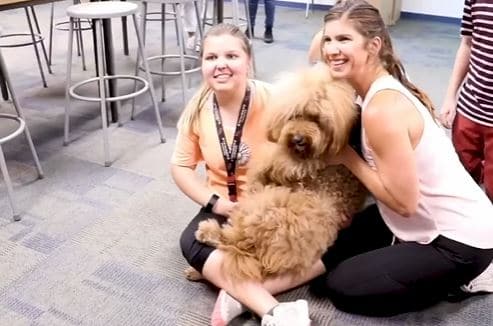 Today, Josh spreads love and light wherever he goes. He attracts people to his message and people flock to him as though he is a rock star. Even Rocky Kanaka has been touched by Josh and loves him.

It’s not unusual for people who meet Josh to be moved to tears. Josh is truly teaching the world how to see differently and spreading his message of inclusion and kindness toward people and animals with special needs. He’s also inspired many people to adopt a special needs dog of their own. 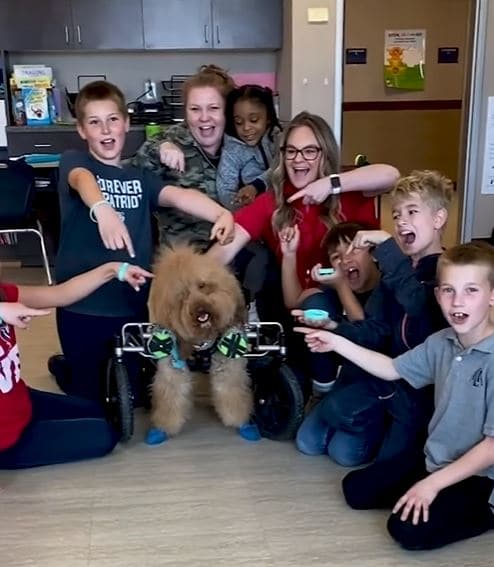 Please spread this very special dog’s story to all your friends and family who could use an extra dose of love today.