Have you ever bought your dog a toy and instantly regretted bringing it home with you? That may be what happened when these owners thought a rubber chicken would be a fun toy for their German shepherd.

At first glance, the rubber chicken looks like a good choice for an interactive toy. It’s funny, squeaky, and you know that all dogs love chicken. However, with the hilarious sounds that this pup makes when it starts playing with the toy makes it hard to tell if its happy or sad. 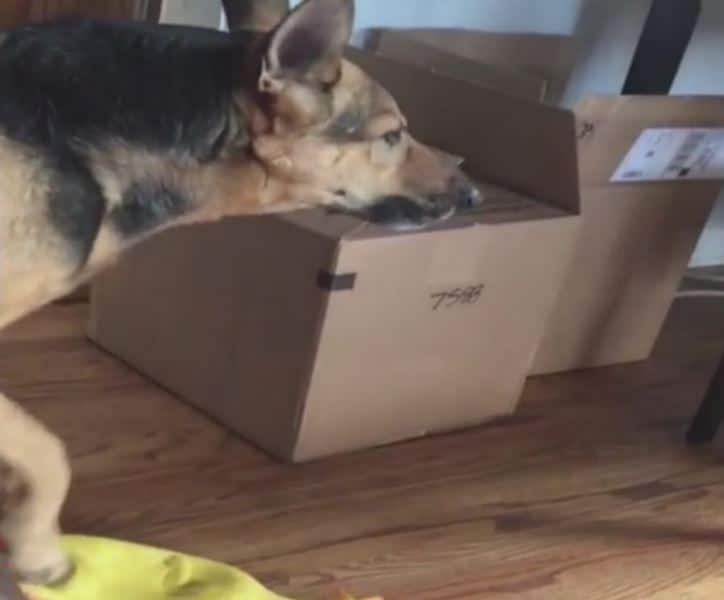 The pup has placed the rubber chicken on the floor and now is patting the toy with its paw, as if it’s giving the pathetic clucker CPR. Each time the dog presses down its paw, the chicken gives an obnoxious cluck, cluck, cluck.

But the hilarity doesn’t end there. The German shepherd then starts howling to the sound of the clucks, exactly matching the pitch of the chicken. The sounds the dog belts out are mournful and sad and get louder each time.

The cute pup then takes a break apparently listening for a response from the rubber chicken. Receiving none, the pup continues the chicky chest compressions, causing the chicken to go, cluck, cluck, cluck… 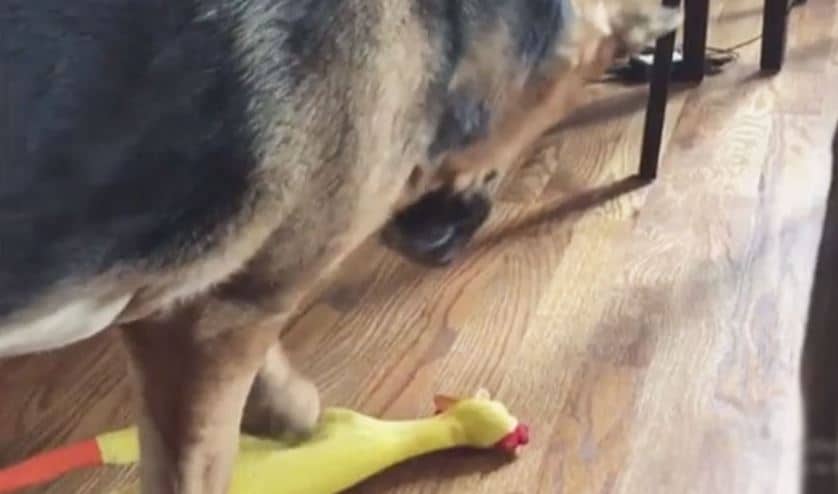 You can guess what happens next. The German shepherd then starts howling making some sort of sad chicken siren sound that makes it hard to tell if it’s having fun or mourning the life of a rubber chicken that never even had one to begin with.

Every time the funny dog moves its paw the chicken makes sounds and the German shepherd starts up again, apparently joining along in a sort of chicken song that only they can sing. And, sing they do-loudly and getting louder all the time.

How long did this go on? We’re not sure but we figure either the owners finally grew tired and hid the chicken or eventually the rubber bird issued its final cluck, thus ending the hilarious Chicken and shepherd siren sing-a-long. 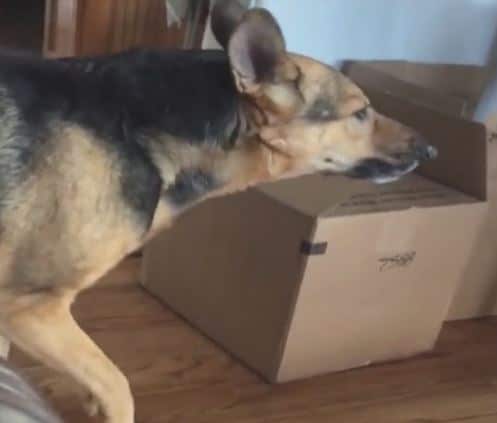 Please pass along this funny video to your dog loving friends.