Answering a call for help, Trooper Shanigan was winding his way through miles of dark, rural back roads of Alaska with a failed GPS tracker when this German shepherd came out of nowhere and led him to the flames.

The hero dog’s name is Buddy and his story began one cold night when he was watching his owner, Ben Heinrichs, work on his truck in the garage. Suddenly a spark hit some gasoline and lit the garage and Ben’s clothing on fire. 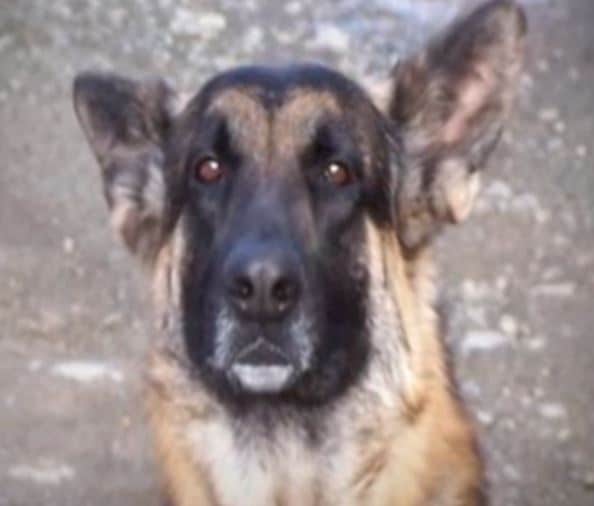 Ben quickly ran outside and closed the garage door to keep the flames from spreading. As he rolled in the snow to put out his burning clothes, he realized Buddy was still inside the garage so he ran and opened the door, receiving burns on his face and hand. Buddy was unhurt but when Ben opened the door, he ran off into the darkness.

Heinrichs said, "I said we need to get help, and he just took off."

The fire department was called and Trooper Shanigan was dispatched to Ben’s home, which is located in a rural area 55 miles north of Anchorage, Alaska. The trooper was winding his way through the back roads when his GPS froze and he got lost and was relying on dispatch to navigate him to the fire. 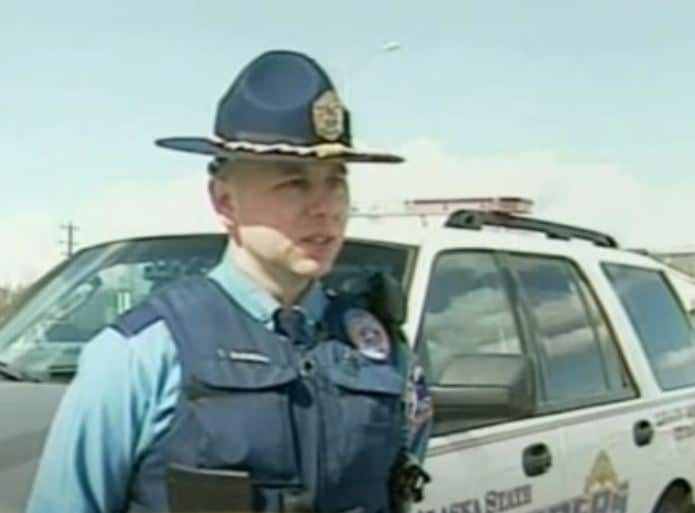 As the trooper drove, he was about to take a wrong turn when suddenly Buddy appeared out of the shadows and began leading the trooper to his house. Trooper Shanigan said:

"He wasn't running from me, but was leading me. "I just felt like I was being led ... it's just one of those things that we're thinking on the same page for that brief moment." 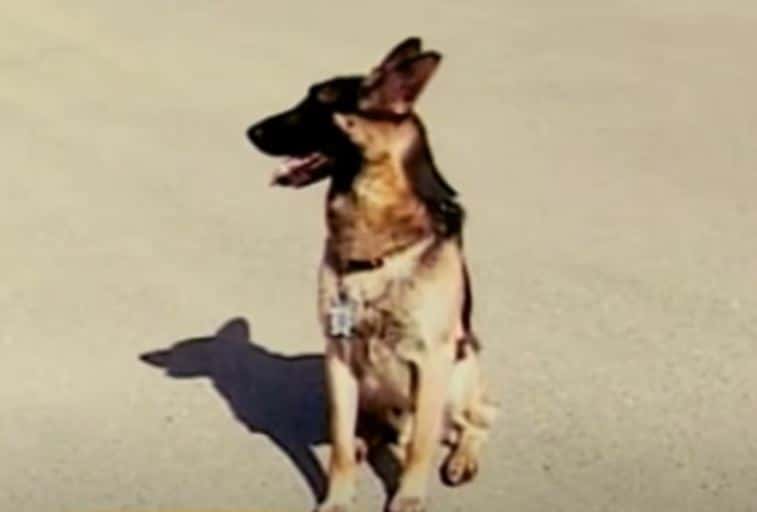 Buddy led Trooper Shanigan all the way to his house and not only got help for his injured owner, he also got help there in time to keep the flames from spreading to the family’s home. His owner said:

"He's my hero," owner Ben Heinrichs said, his voice breaking. "If it wasn't for him, we would have lost our house."

To thank Buddy for his bravery, troopers held a ceremony and awarded him with a stainless-steel bowl engraved with words of appreciation from troopers for his "diligence and assistance." 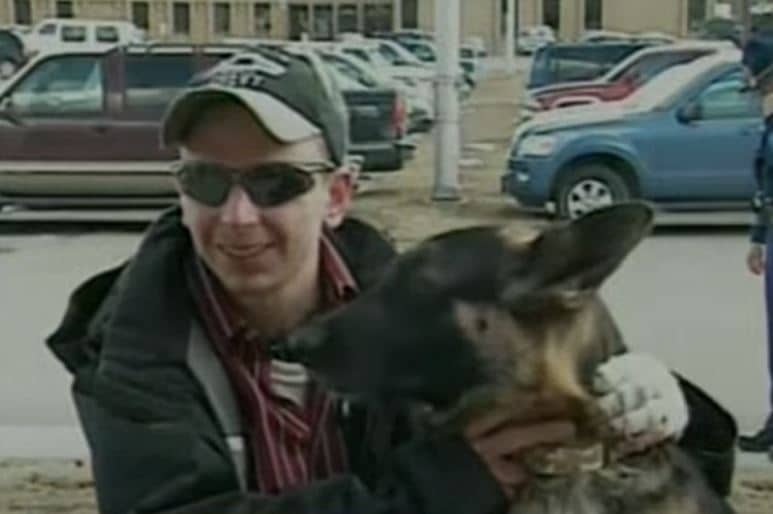 "Buddy is an untrained dog who for some reason recognized the severity of the situation and acted valiantly in getting help for his family," Col. Audie Holloway, head of the troopers, said Friday at a ceremony for the 5-year-old dog, who stood quietly before a thankful crowd of onlookers.

What a good dog Buddy is. Please share his story with your family and friends.