All friendships are special but they are made even more precious when they’re between two unlikely pals, such as these cuties.

Dogs are empathetic animals and are known to be loving and protective over people and other animals. They make wonderful friends and companions. Perhaps that’s why when this tiny baby squirrel was orphaned, it turned to this sweet Labrador retriever for comfort. 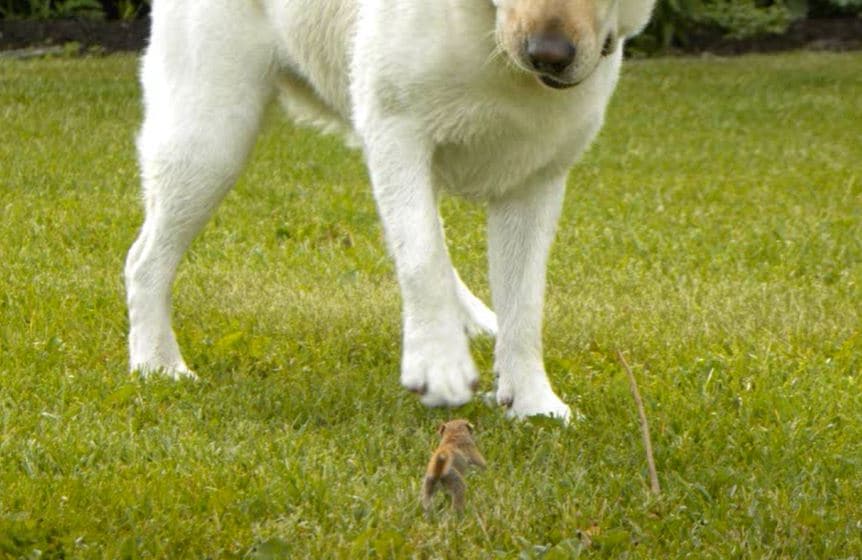 It all began one sunny day when Millie the Lab and her mom, Abbey Harrison, were in their backyard. The two noticed a tiny creature next to a fallen tree so they went to investigate. When they got closer, Abbey realized the fuzzy creature was a baby squirrel.

Rather than being afraid, the squirrel approached Millie and the two began to interact while Abbey looked for the baby squirrel’s family. They waited for hours with the little squirrel but mom never showed up. Since Millie and the squirrel were getting along together, Abbey decided to help the orphaned animal. 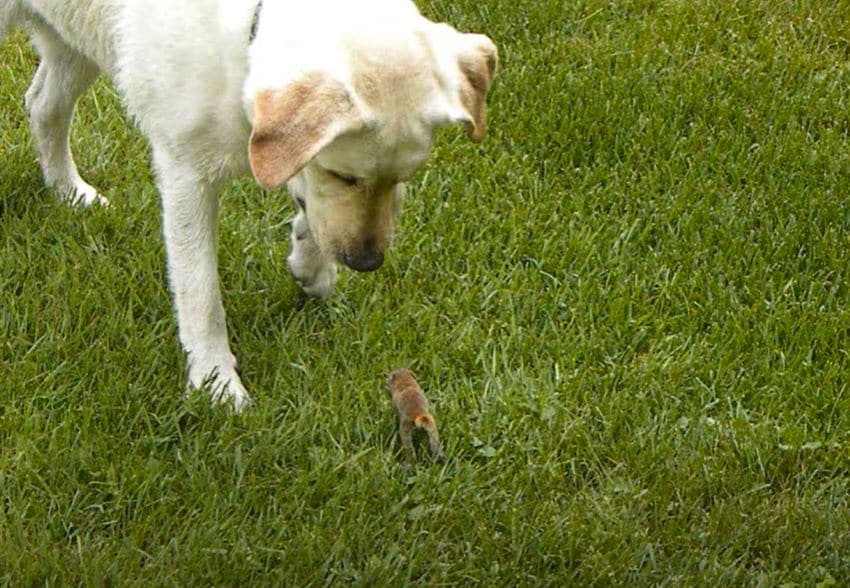 Abbey named the baby “Squirrel” and hoped to release him one day back into the wild. In the meantime, Millie was thrilled with her new little friend and playmate. The baby had plenty of energy and was soon chasing Millie through the green grass and all over the yard.

Squirrel was smaller than Millie’s paw and she was very gentle with him as they ran around, having fun. Knowing the baby also needed rest, Abbey made Squirrel a bed from boxes filled with soft blankets but the little cutie climbed right out of the warm bed and onto a nearby yoga mat and fell fast asleep. 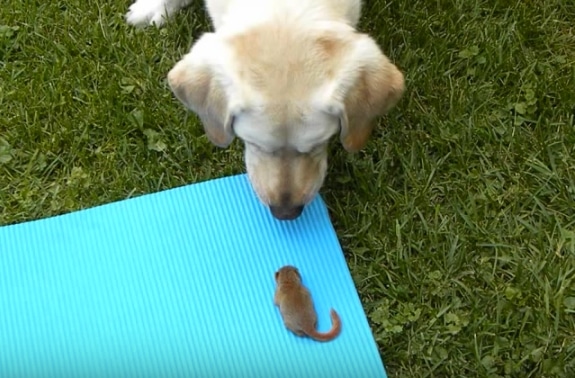 As the adorable baby squirrel slept, sweet Maddie watched over her new little friend. Her eyes never left the baby as she gazed lovingly over him, just as if the squirrel was her puppy. Watching the tenderness in her expression is a beautiful thing to see and their friendship is heart-meltingly sweet.

Please share the video of this special friendship with your family and friends.

« Saved From Euthanasia, This Sweet Beagle Can’t Stop Snuggling Up To His Rescuer
Woman Saves Pit Bull And He Can’t Stop Hugging Her In Appreciation »