At the Crimea’s Bakhchisaray Miniature Park in Eastern Europe; 4 orphaned baby squirrels have found a new mom. They were found by a good samaritan who brought them in to be rescued. Luckily, the park had an unlikely foster mom who was still lactating. A cat named Pusha had just had a litter of four kittens. Park employees decided to see if Pusha would accept the four baby squirrels. It was a risky move, since cats regularly predate upon squirrels, but Pusha took them in. 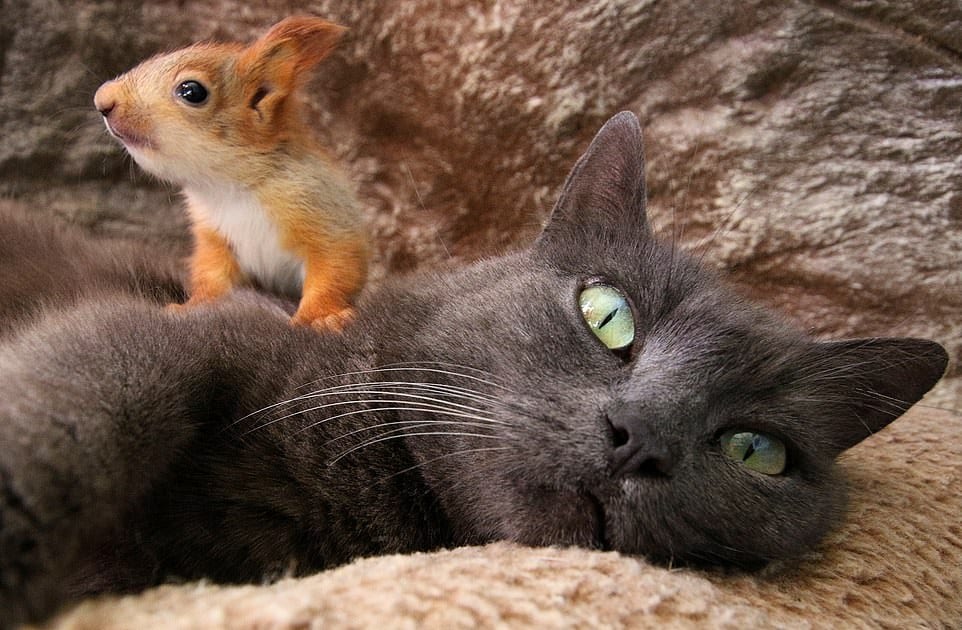 “On one beautiful day, visitors brought us these wonderful squirrels in a box. At that time, our cat had just given birth,” said Olga Fateeva, an employee of the park. 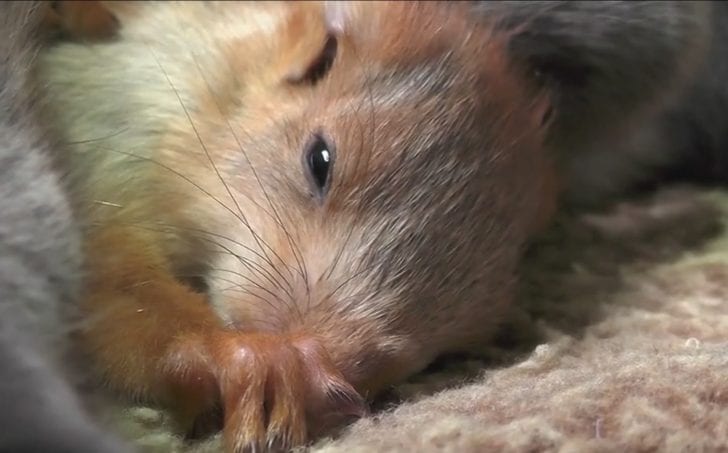 “We decided to introduce them to her and she accepted them.” 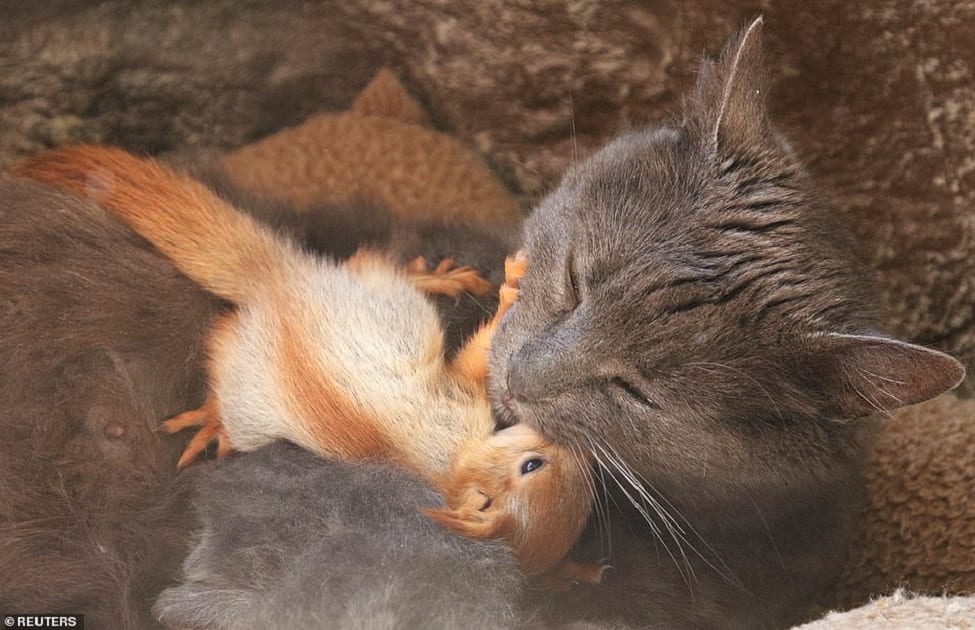 Everything wasn't so smooth in the beginning. Pusha accepted the babies, but their natural instinct was to fear their new foster mom. The babies took some time getting a feel for Pusha before they were comfortable with their new mom and 4 feline brothers and sisters who were twice their size. 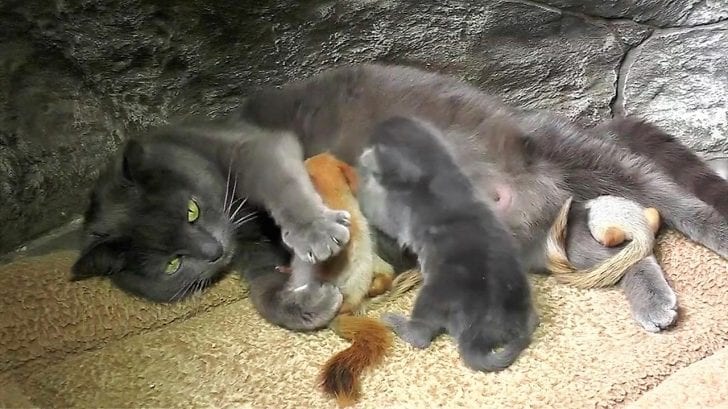 But it wasn't long until they acclimated and became a part of an oddball new family. Now the 4 squirrels, 4 kittens and mama Pusha spend their time together nursing, playing and cuddling each other. 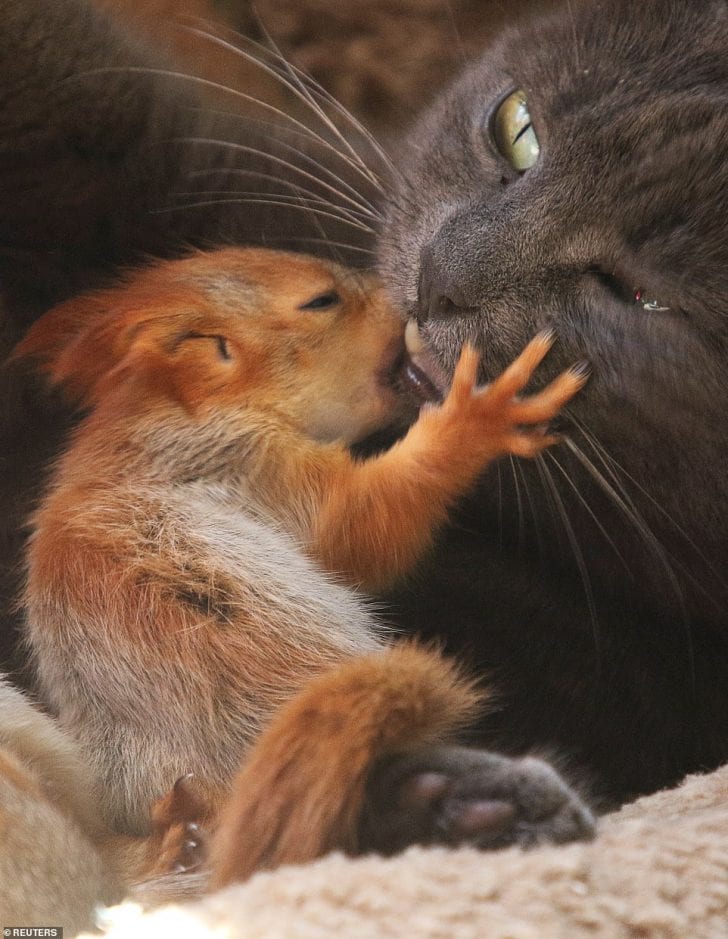 “They sleep together, follow each other, climb, and fight over milk,” said Olga. 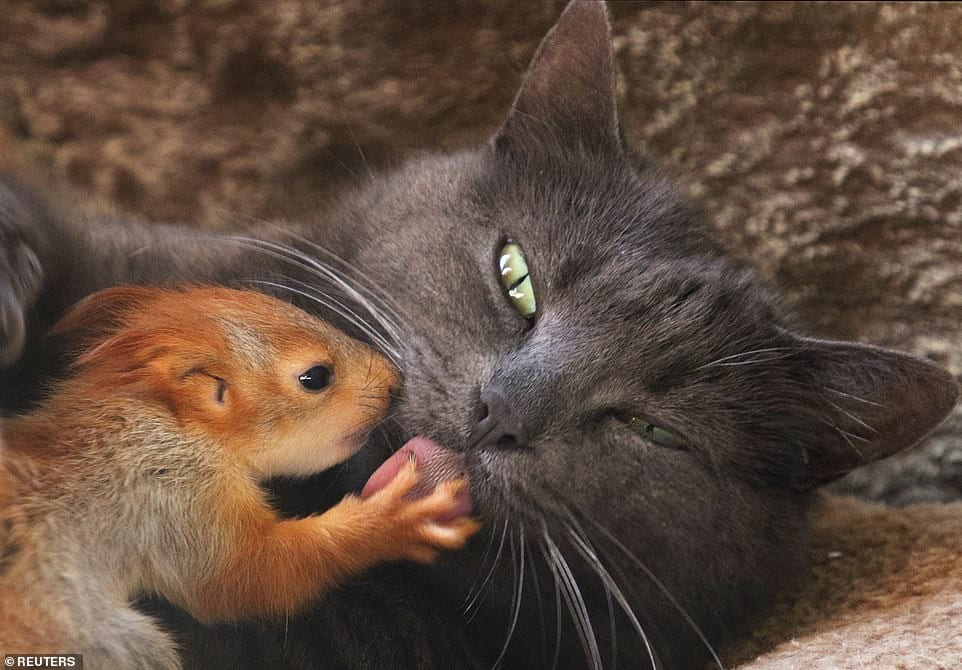 These little guys and their mom are too cute. Watch the video and see for yourself. And as always, leave a like and share if you enjoyed the video and want more content!

« German Shepherd Lovingly Tries To Share Blanket With Baby
Coors Light Is Paying For 1,000 Dog Adoptions Across The Country This Month »