When Shannon Emery from Liberty, Missouri took his dog shopping for a new toy, he wasn’t expecting her to get so ‘into’ it.

On March 4th, Shannon took his German shepherd dog named Mila to his local Menards for a visit, which they’ve done before. Mila enjoys going shopping and gets to pick out a new toy on their shopping trips. 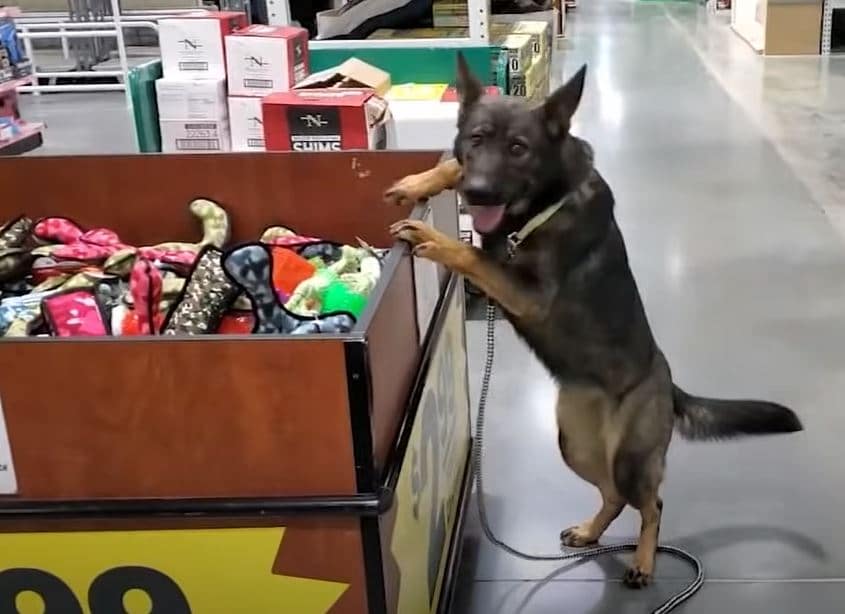 "She has been to this store a couple of times and she does get to pick out a toy each visit," Shannon said.

Mila is familiar with this toy bin. She anticipates it and knows it’s one of their last stops before hitting the cash register. As they get closer, she starts tugging Shannon toward it:

"The aisle with the toy bin is one of the last stops in the store so she impatiently pulled the leash towards that part of the store the whole visit," Emery said. 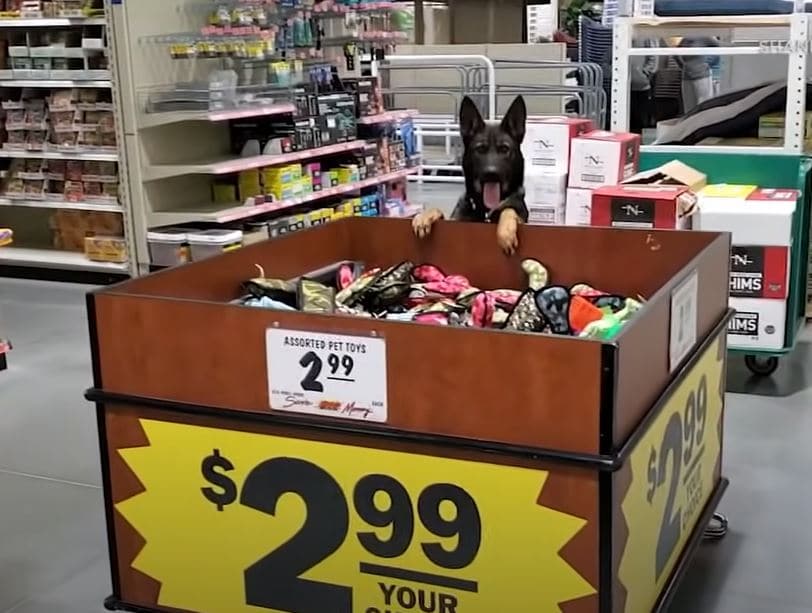 However, this day, Mila decided to take things into her own paws. Since the stock wasn’t reaching the top of the bin, she excitedly jumped into a bin of toys and helped herself to the one she wanted.

Her antics were adorable yet unexpected, so Shannon wanted to recreate her moment of spontaneity. With the help of another shopper, it didn’t take much coaxing to get Mila to leap right back in the bin for a second time. 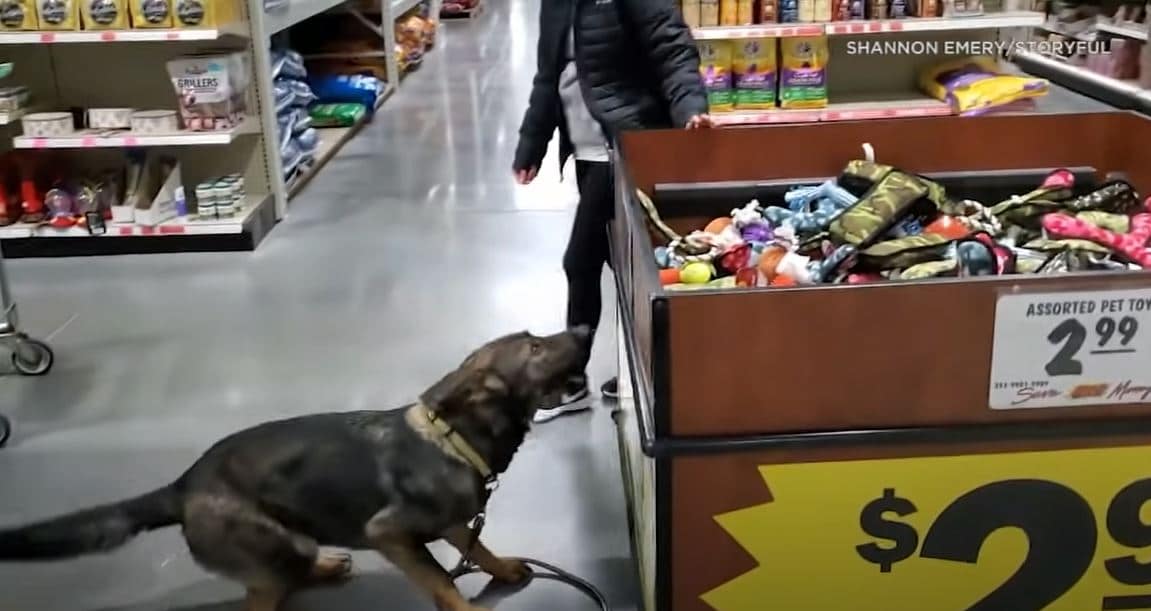 At first, she seems a little hesitant and whines a bit but as soon as she realizes they want her back into the toy box, she makes the leap for a second time! The look on her face is pure bliss. Clearly, she is enjoying the moment.

"When we finally got there this time, the stock was low so she could not reach the toys very well. She just jumped right in without hesitation but I was not recording the first time she did it. So, we recreated the moment on camera," he said. 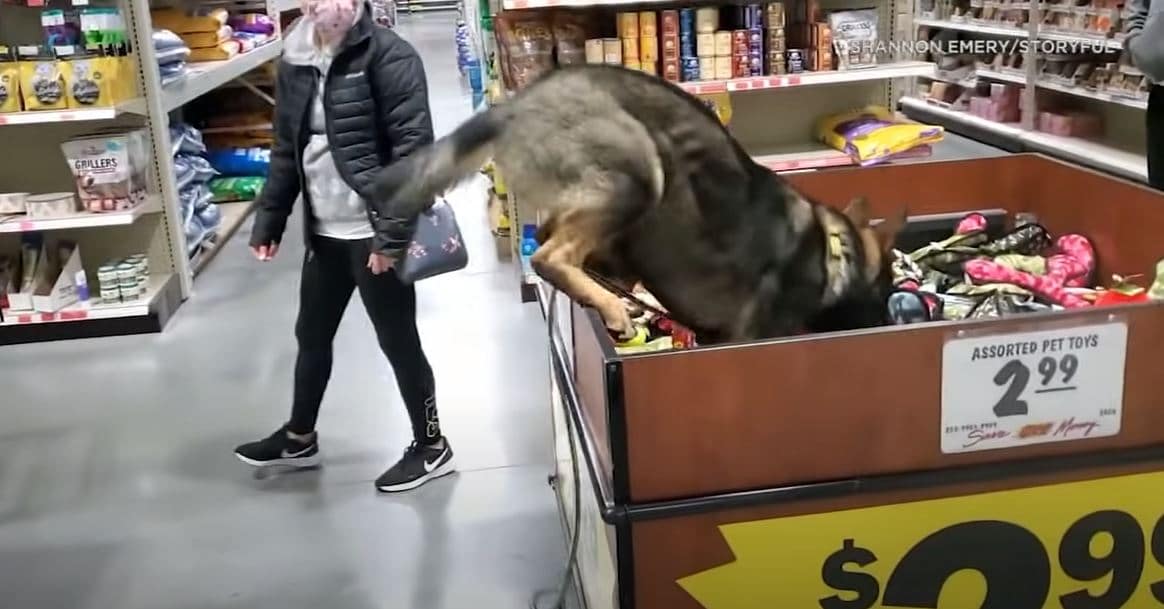 Since she made two leaps into the toy bin, did the adorable pup get two toys? Nope. But we’re sure she left the store happy anyway. According to Shannon, Mila decided to take home a yellow squeaky ball. 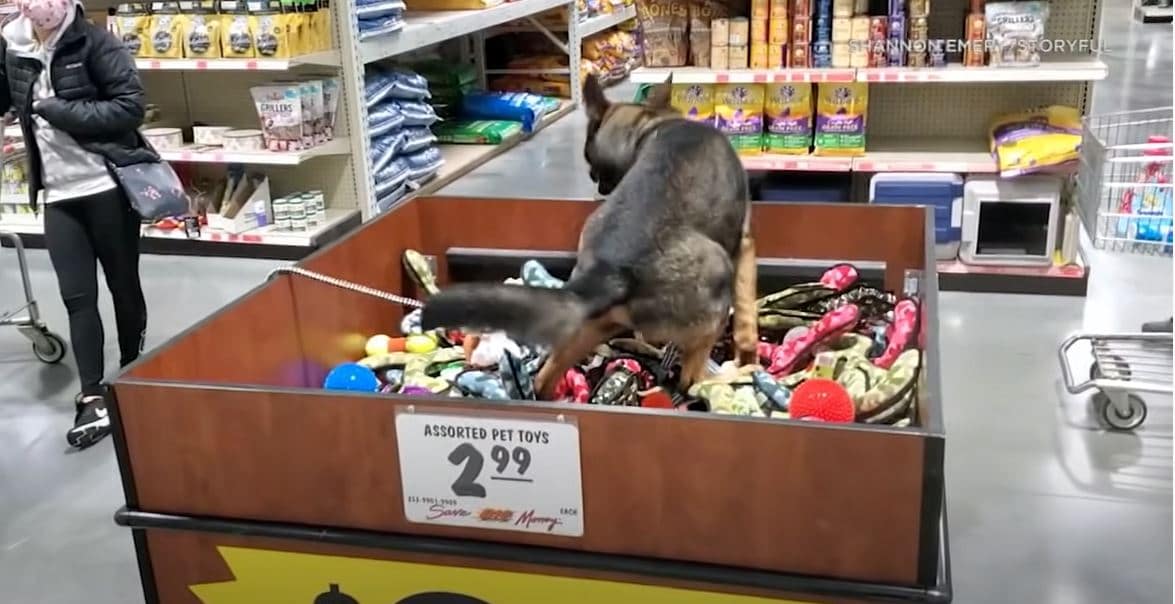 Please share this adorable dog shopping loving dog with your family and friends.