One of Disney’s most popular movies, The Lion King, has touched the hearts and minds of people all over the world. The Lion King reminds us, “It’s the circle of life, and it moves us all through despair and hope, through faith and love.” And, apparently, it’s not only people that love the movie.

Meet Luna, a four-month-old puppy that loves watching The Lion King. As she sits on the bed and watches the movie, she is totally captivated. She sits enraptured by what is happening on the screen, her eyes never leaving the television.

Then at the climax, when Simba reacts to the death of his father, Mufasa, she begins to cry as the tiny cub tries to wake his father. She is so concerned that she can’t hold still as her humans film her reaction to the movie.

Unable to turn away, Luna continues to watch and seems to understand the magnitude of what Simba is going through. Unable to contain herself, she stands then sits, and continues to cry as she watches the show clearly concerned about what she is seeing. 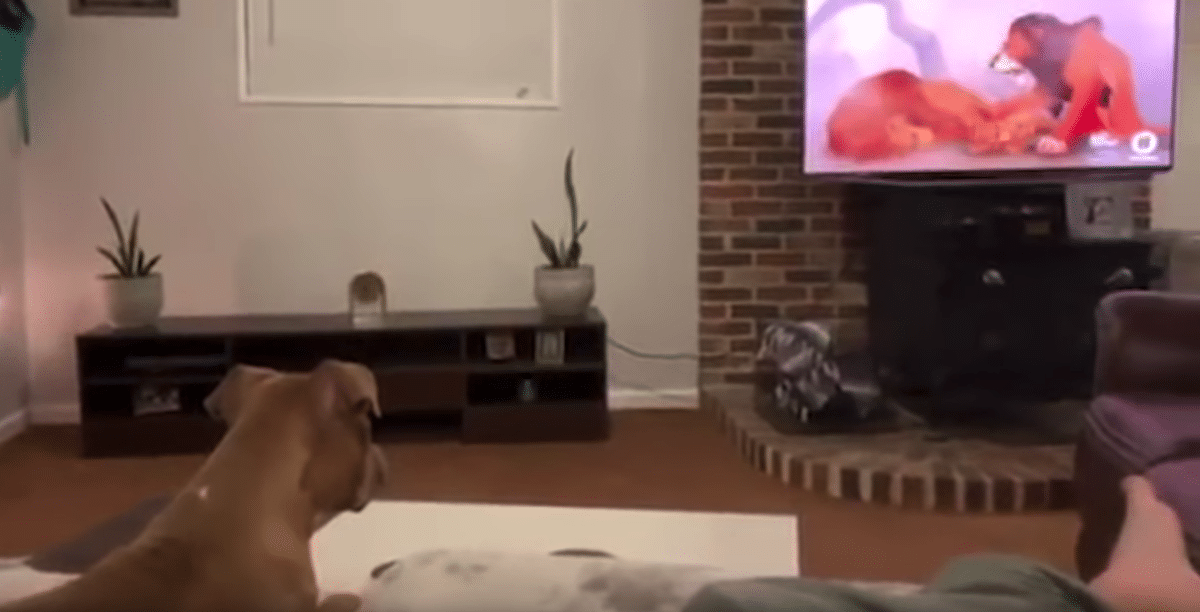 Perhaps the most empathic puppy we’ve ever seen, the sweet puppy continues to watch the show. It’s as if she knows exactly what is going on and understands the plot of the movie. Is it the body language of the characters? The music? Could she be picking up on her owner’s emotions?

We’ll never know for sure. However, she is clearly paying attention because when Simba lays next to his father, Luna lays down, too. She obviously has empathy for Simba. It’s as heartbreaking to watch the puppy as it is to watch the movie. Her owner, Josh Meyers, said:

“To see her crying at the TV was the sweetest thing I think I’ve ever seen.” 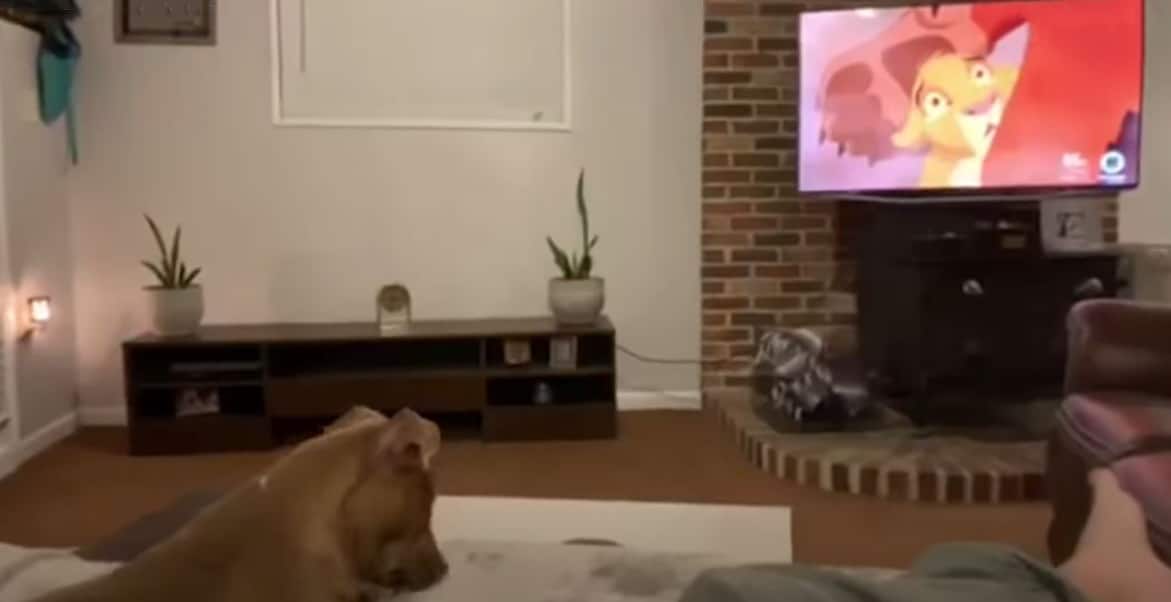 We’d have to agree.

Please share her amazingly sweet reaction with your family and friends.