A dog became a goalkeeper's hero when he saved him from the consequences of a tragic mistake during a soccer match in Argentina.

Juventud Unida and Defensores de Belgrano, two teams in Argentina’s third division, were in the middle of a match. The Belgrano goalkeeper had the ball and attempted to kick it back into play. Unfortunately for him, he kicked it into the back of one of the players who then skillfully kicked the ball back towards the goal. 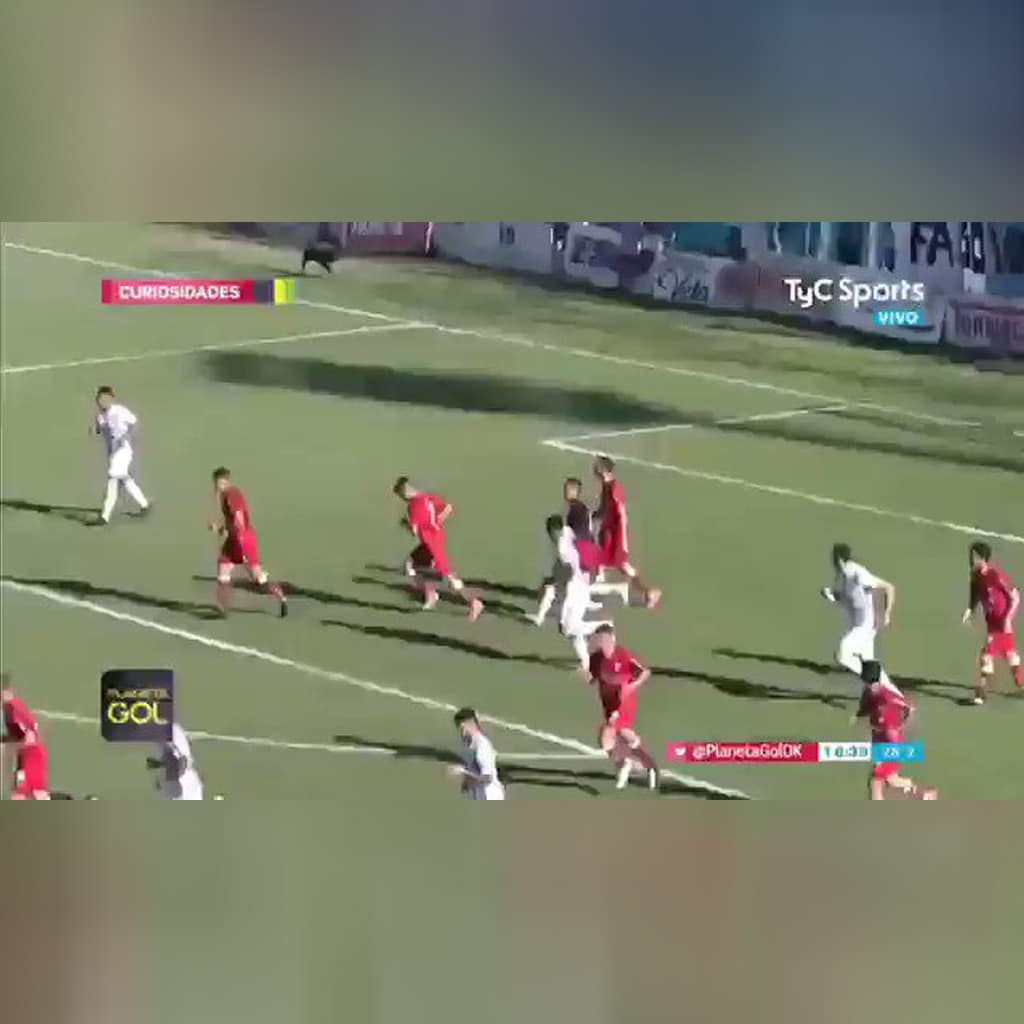 The goal was completely open, and he was sure to score. But just as it was about to go in, a dog saved the goalkeeper from embarrassment by stopping the ball at the last second.

The dog dashed onto the field, blocked the ball and kept right on going like nothing had happened. He made playing goalie look.

Who was the dog and where did he come from? What is his name? No one knows! Perhaps we're not meant to know the hero's identity, just like Gotham doesn't know that Batman is Bruce Wayne.

« Pups Keep Digging Under Fence To See Each Other, Neighbors Come Up With Ingenious Idea
Soldier Fears Her Dog Won't Recognize Her, Her Mother Captures What Happened Next On Tape »