Dogs offer some of the funniest moments you will ever see. They are so innocent and adorable, and you can’t help but realize that most of the things they do are cute. A teenage boy and the family dog are the stars in this video. The funny dog decides to mimic the young boy who has a broken leg!

The video begins, and the boy is climbing down the stairs. You can immediately see his leg poking out which is in a cast, and you can hear the sound of the crutches hitting the floor. Unfortunately, the young boy broke his ankle and must use the crutches to walk around. Once the kid turns around the corner, you can see a big white dog following behind. 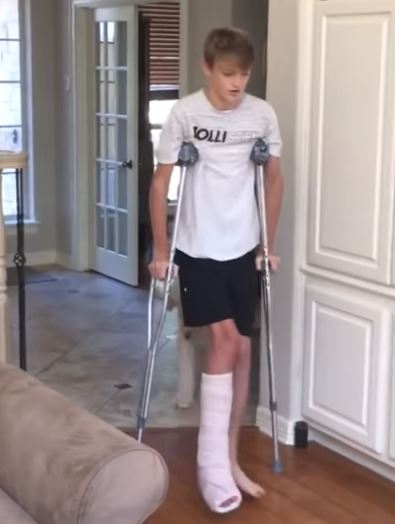 Sawyer the dog, is following the boy around. As the dog walks, you can see that he too walks with a hobble. You might instantly ask yourself is the dog injured or is he just copying the boy? He most definitely is copying the young man’s broken leg walk! The boy must have broken it sometime ago since the dog has been able to study his movements and mimic his walk! Sawyer seems like a clever dog! When the teen is out of the video frame, Sawyer continues his broken leg walk. This must be something Sawyer does often when following around his friend! 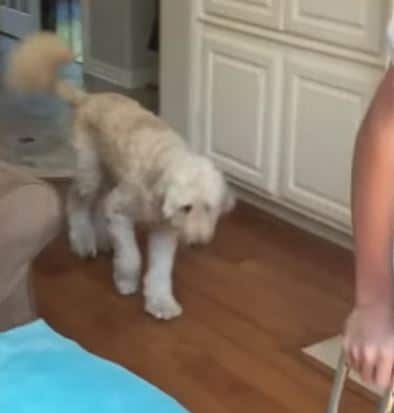 Sawyer seems to like the attention of the family as he probably performs his broken leg walk for them quite often. Dogs can be very clever and smart, and Sawyer is proof of that. You would never think that a dog would copy its owner’s hobble while moving around with crutches, but Sawyer shows us how it is done!

« Caring German Shepherd Thinks Pet Bunny Is Her Baby, And It's Beyond Adorable
Guard Dog And Baby Giraffe Are Best Friends, Most Tender Malinois Ever »