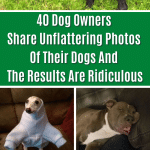 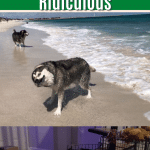 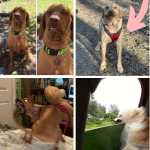 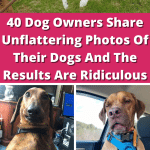 Dogs are so special and adorable, one might even say they are perfect. But even these perfect and amazing creatures aren't exempt from taking ridiculously unflattering photos. Chalk it down to terrible timing and bad lighting.

On the Facebook group Dogspotting Society, dog owners shared the most unflattering photos they had ever taken of their doggos and puppers. The #unflatteringdogphotochallenge quickly took off and now has about 26k posts under the tag.

We've selected some of the funniest ones out of them. These 40 dogs had their owners take some of the world's most unflattering photos and we can't stop laughing. So go ahead and scroll down to see some truly bad but hilarious photos of doggos.

1. A wet dog never looked angrier and stranger than this doggo. Also, whoever bathed this dog better watch their back, because doggo is out for their blood.

2. His owner calls this his "scoot of rebellion". he definitely looks goofy and ridiculous.

3. When you love car rides but the wind doesn't love you.

4. How dare everyone call this "unflattering", this is how he smiles okay!

5. When you want to just chase your tail in peace but your hooman takes a photo that transforms you into a demon.

6. Singing to the people or doing a very lorge bork?

7. This is why you must never throw away your IKEA instructions before you assemble your doggo!

8. There's so much going on here we don't know where to start. Everything from the googly eye to the giant mlem is killing us!

9. Even the most unflattering photo can't hide his love for his favourite toy.

10. At first glance, the smile is adorable. But the more you look, the more it looks like he has a frog in his mouth. 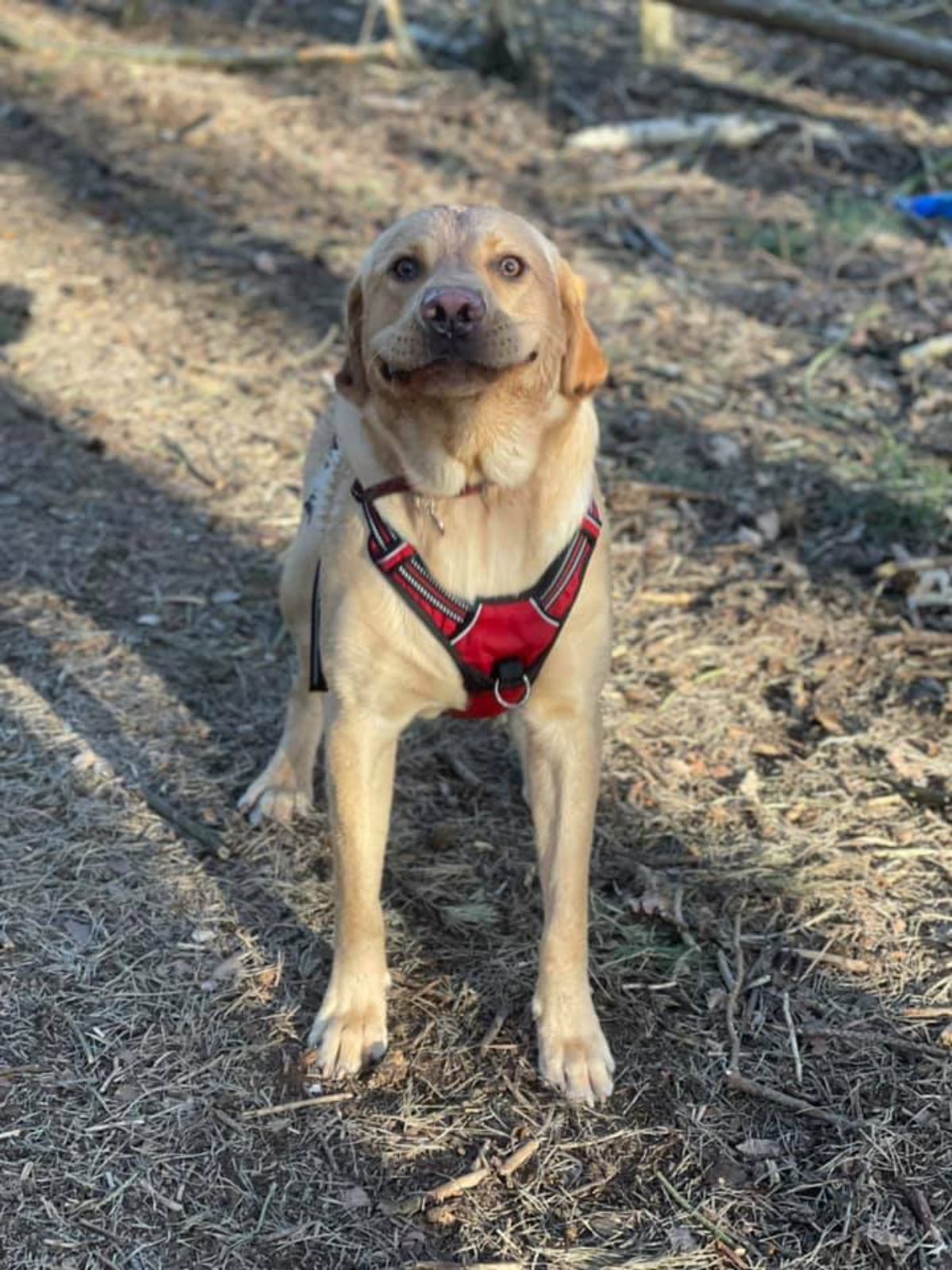 12. When you're constipated but have to smile through the pain.

14. Is this the dog playing Cujo in the remake?

20. Never come between a dog and his stick.

23. When you accidentally open up your front camera.

24. This dog looks alarmed to see the mouth running away from its face.

25. When the sleep is so good you look like you're possessed.

26. Executing derp against the glass.

27. Eating the hand that feeds you. Om nom nom.

31. This photo is so chaotic it could be a scene from a farcical play.

34. Is that an albino werewolf playing ball?

36. This dog definitely just farted and can't wait until you gag from the smell.

37. It looks like floating in the pool isn't calming her down one bit.

38. Looks like an old grandpa dozing off while watching TV.

39. This doggo is usually such a majestic being but apparently not when he's coming out of a swim in the ocean.

40. "Can we have some cheese? No? You said if we smiled and asked politely we could have anything!"

Did these animals caught in unphotogenic poses make you giggle or even laugh out loud? Have you ever caught your dogs in unflattering poses like this?