An eight-month-old Goldendoodle named Blake has learned how to bowl. His owner Katelyn “Kt” Simpson, taught him how to bowl at only twelve weeks old using the ramps normally used for kids. Katelyn was on the bowling team at Pikeville University in Kentucky and made the USA Junior National team in 2015, so she would obviously be the perfect teacher.

“I think his high game is, like, a 93,” Katelyn said. “He gets strikes every once in a while, pretty good spare shooter.” 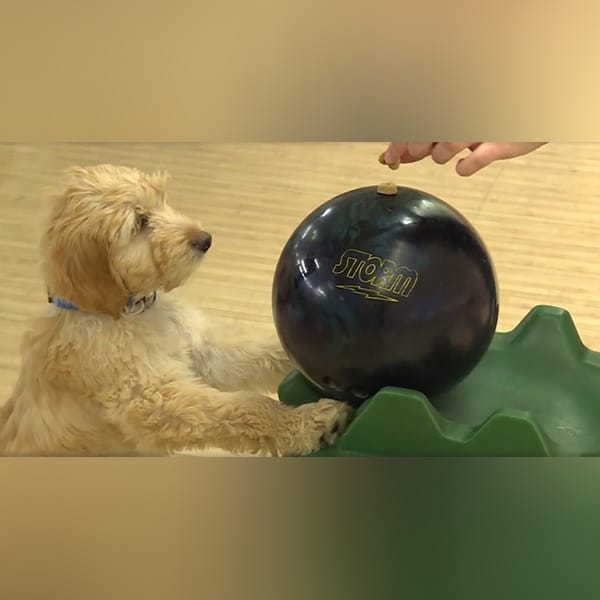 Blake loves bowling and is now a star at the family’s KT’s Lanes and is loved by the league bowlers and has a special place in the hearts of our seniors, special needs bowlers, and youth.
“So, we just put the ball on top of the ramp and we held a treat, like, above the ball,” she continued. “We’re like, come on, you know, kind of helped him, showed him a couple times, just pushed the ball with his arms and he caught on and just started doing it on his own.”

I think I’ve seen everything now. He sure knows what he’s doing, and he’s good at it too!